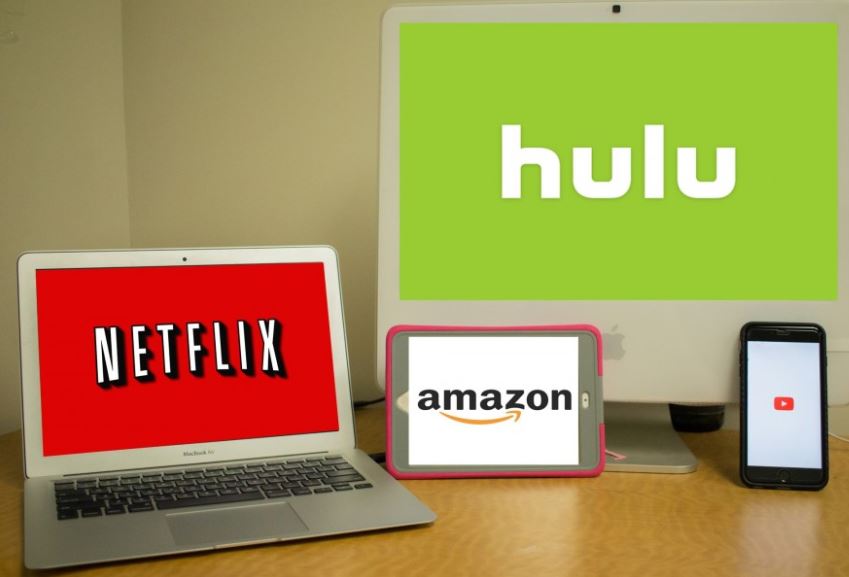 Ask anyone these days what they watched on television last night and most people, particularly millennials (22-37 years of age), will tell you they did not watch anything because they were ensconced in some other content they had downloaded to their favorite electronic device.

You see, nowadays on-demand streaming is all the rage.

Companies like Netflix, Amazon Prime, Hulu and YouTube have led the way when it comes to streaming content and all have been making very healthy profits in the process.

In the early days, they used to re-package shows from the major TV networks and stream them on their own platforms, but today it is a very different story.

They are making enough money from their monthly subscriptions that they can afford to create their own original content. “House of Cards”, “Orange Is the New Black” and “Ozark” are shining examples of gold standard web television series created exclusively for Netflix.

Likewise, “Bosch” is a web TV series produced by Amazon Studios that has been very popular, along with “Jack Ryan” and the newest addition to the Prime stable “Homecoming”.

And then of course there’s “Breaking Bad”. Originally a TV series that aired on cable channel AMC, but it really took off when it became available online and went on to be regarded as one of the best, if not the best, television drama series ever made.

The leading web-based businesses do not just do their own TV shows either, they have also branched out into movie production.

And did I mention that all of the content on these online streaming platforms is commercial free? So, it is really no surprise that this abundance of choice has become such a popular thing among consumers.

To get an idea of just what kind of effect on-demand streaming is having on viewership habits, it is interesting to note that in the month of October alone, around one million American households cancelled their subscriptions to cable TV.

The trend is known as cord-cutting and refers to the cancellation of multi-channel cable and other pay TV subscription services by television viewers.

According to Forbes magazine, cord-cutting is up to 30 percent in 2018 and satellite providers are expected to see the biggest drop in subscribers.

MarketWatch reports that more than five million American consumers are expected to cut the cord in 2018, which will translate to a revenue loss of $5.5 billion to the pay TV industry.

Another report by business analysis firm eMarketer suggests that the number of people watching pay TV in the US is down by almost four percent this year compared with 2017.

As a result of all of these numbers, traditional TV providers are now trying to find ways to integrate with companies like Netflix as a means of helping to keep their businesses afloat.

The stock market seemingly sees on-demand streaming as a stable investment with Netflix share prices reaching their highest level since the company went public in 2003. Prices closed at over $300 per share at the end of the first week of November.

The same can be said for Amazon Prime with parent company Amazon increasing the price of its streaming service this year by $20 to $119 based on its growing popularity.

The US isn’t the only place where online streaming is popular. It is starting to catch on in Latin America too, albeit at a slower pace.

Brazil, Mexico and Argentina are leading the charge despite lacking infrastructure and resources. Slower Internet speeds and political climates that do not encourage investment are major obstacles.

It is also taking off across Africa after being launched there more recently. Netflix now has around half a million subscribers in Africa alone.

What it comes down to

The bottom line is that people clearly prefer the options of choice and convenience the Internet provides without having to buy hardware and pay installation fees.

They want the freedom to watch content on their smartphone, tablet or laptop when they want, rather than being restricted to watching their favorite TV shows when the networks choose to air them.

Then of course there is binge-watching, which is done by just about everyone, thanks to the advent of on-demand streaming.

One of the attractions of streaming platforms is that they enable viewers to watch their favorite series or movies in one hit, something they cannot do on normal television.

On the flipside, however, where streaming can come unstuck is through buffering and outages. Most consumers will get irritated very quickly if one or the other happens while they are watching their favorite show or sporting event.

And it should be pointed out that live sport is another spinoff benefit of online streaming. We no longer need cable or satellite TV to watch sports because, again, it is available online. We just need the Internet to stay on!

So, perhaps until the Internet can deliver everything consumers want without interruption, television as we know it will be around for a while yet.

By the same token though, factoring in all the other analytical data, the cord-cutting trend is not likely to go away any time soon either.