BEIJING, Nov. 16 (Xinhua) -- The signing of the Regional Comprehensive Economic Partnership (RCEP), the world's biggest trade pact, by 15 Asia-Pacific countries Sunday represents a victory for multilateralism over unilateralism and free trade over protectionism. 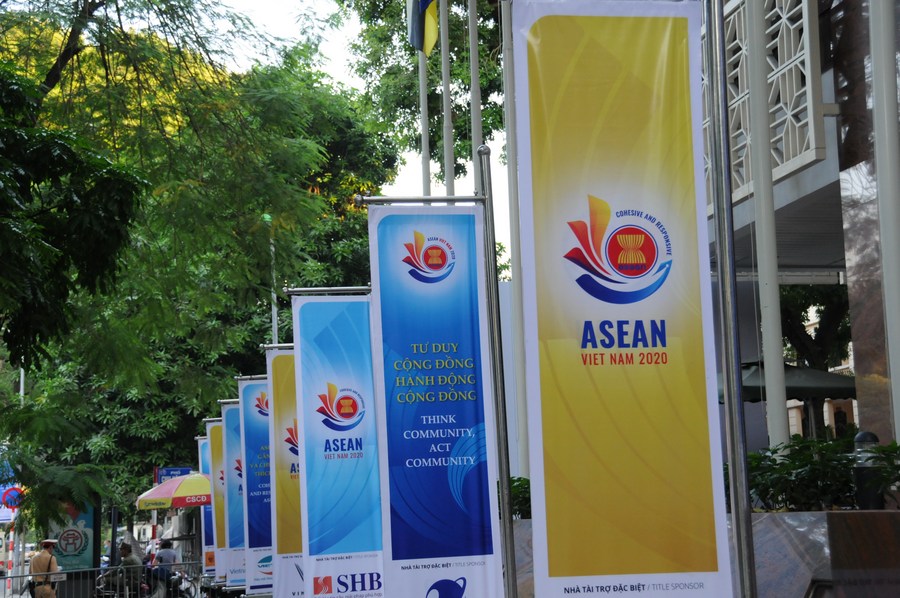 After eight years of negotiations, the crucial and timely signing shines rays of hope through the dark clouds of global trade uncertainty and proves to the world that openness and cooperation are a sure path toward common prosperity.

Covering a region with a combined gross domestic product (GDP) of 26.2 trillion U.S. dollars, or about 30 percent of global GDP, the RCEP agreement is an unprecedented, modern, comprehensive, high-quality and reciprocal mega-regional trading arrangement that accommodates the broadest possible interests, conditions and priorities of different countries. The signing marks a new milestone in regional economic integration in East Asia.

The RCEP agreement was signed against the backdrop of the ongoing COVID-19 pandemic, which has plunged the world economy into a serious recession with contracted global trade and investment. The signing shows that in the face of challenges, countries should choose solidarity and cooperation over conflict and confrontation, and look out for each other in the spirit of partnership rather than follow a beggar-thy-neighbor approach or sit by and do nothing.

As the largest economy among the RCEP members, China has been supporting the Association of Southeast Asian Nations (ASEAN) countries to play a leading role in the negotiation process of the RCEP. China will continue to support the centrality of ASEAN and advance the follow-up implementation of the RCEP so that the agreement will help build the region's resilience through an inclusive and sustainable post-pandemic economic recovery process and contribute to the recovery and growth of the world economy.

China's total trade with RCEP members accounts for about one-third of the country's total foreign trade, and the actual investment from RCEP members accounts for more than 10 percent of China's total foreign investment. Signing the RCEP agreement has once again demonstrated China's resolve in implementing its free trade zone strategy and promoting a new round of opening up. The RCEP is the 19th free trade agreement China has signed, bringing the country's free trade partners to 26.

As China is making every endeavor to facilitate its new "dual circulation" development pattern, the agreement will promote the greater participation of the country's various industries in market competition and enhance the nation's capability to mobilize resources in both international and domestic markets. It will also grant high-quality products from RCEP members easier access to the super large Chinese market with 1.4 billion people.

The signing of the RCEP is not an end but a beginning. Parties involved should complete their domestic approval procedures as soon as possible so as to allow the trade pact to take effect and benefit enterprises and individuals alike at an early date. The RCEP also remains open to India, which had been due to sign but pulled out last year.

Although the road ahead promises to be bumpy, the RCEP has further unified the region in the pursuit of common economic growth. China will work with all parties to ensure the pact comes into effect soon.