The White House is now obdurate in its unilateral trade threat and blackmail despite of the mounting oppositions from the rest of the world and the severe losses domestic industries are suffering. 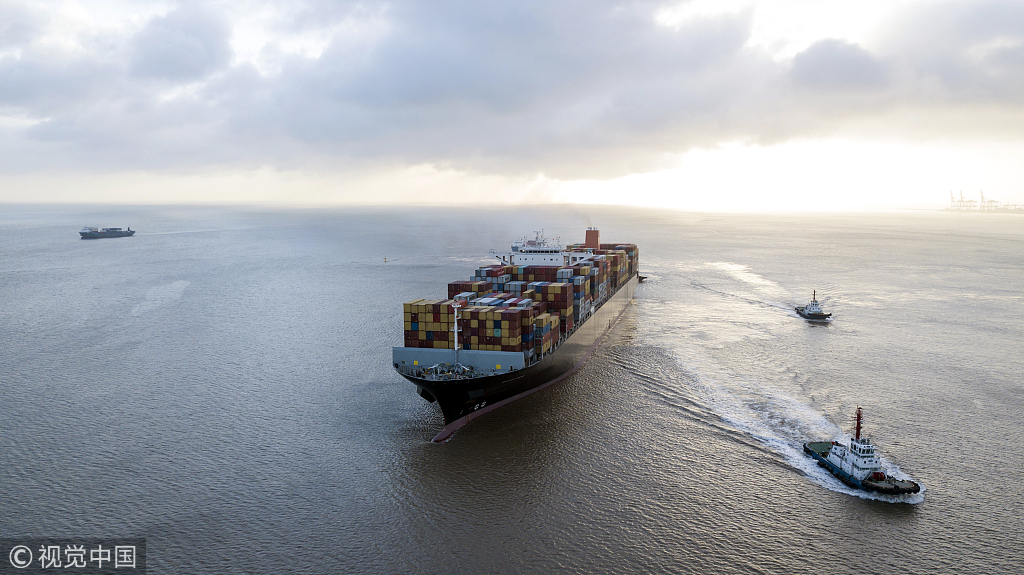 It recently threatened to slap a 25-percent tariff on $200 billion of imported Chinese goods after initially setting them at 10 percent. China, in response, announced its decision to impose additional tariffs of four different rates on 5,207 items of imported US products worth $60 billion.

The countermeasures will be implemented instantly if the US puts its additional tariff measures into effect.

No winner will emerge from a trade war, and an escalated tension is unexpected by all the wise brains around the world. The lose-lose trade war, in which the US “is firing shots to the entire world, including to itself”, has aroused ever stronger objections from the US residents and businesses.

Many countries, including China, have said no to the trade bully and hegemony by taking countermeasures and filing the US to the World Trade Organization (WTO). But turning a blind eye to the interests of the whole world, the American farmers, entrepreneurs, and consumers, the US has repeatedly aggravated the tensions.

China, against such backdrop, has to take necessary counteractions to protect national dignity and its people's interests, defend free trade and multilateral mechanisms, and safeguard the common interests of all countries in the world.

Divergence is not a rare thing in business circle, and the disputes could be solved as long as the involved sides site down for a talk and bear each other’s core interests in mind.

China always believes that consultation based on the principles of mutual respect, equality, and mutual benefit is the effective way of resolving trade differences, and any unilateral threat or blackmail will only aggravate contradictions and hurt the interests of all sides.

The US who sit on its own international status and advantages to bully others will ultimately end with punishments and countermeasures.

The arrogant words and dirty trick before a negotiation are a traditional tactics the US use to add its chips in the game. It repeated the story in recent days again by on one hand threatening and pressuring China with trade protectionism, and on the other hand advertising through various ways that it will restart talks with China.

Such double-faced tactics will not work on China, as the latter will never swallow the bitter pill of hurting its own core interests. Expecting China to make a compromise is doomed to be the biggest strategic misjudgment for the US.

What the US did will never shake China’s firm resolution to safeguard its own legitimate rights and interests and protect the global economic order and economic globalization.

In this war started by the US, China has been endeavoring for a solution with the greatest sincerity, by not firing the first shot or taking any radical actions to escalate the situation.

Even facing with the unilateral threat and blackmail of the US, China's countermeasures with differentiated tariff rates are rational and restrained, and were proposed after extensively soliciting opinions and careful evaluation.

The measures have taken into full consideration factors including the people's well-being, the bearing capacity of companies, and maintaining the functioning of the global industrial chain.

But it must be clarified that China, who never surrendered to trade hegemonism in the past and will by no means do so now, has retained its rights to launch further countermeasures. The US must face up to and cherish China’s efforts in solving the bilateral trade issues and get rid of compounding its mistake.

China’s development to where it is now in the past 40 years of reform and opening up is not easy, but the country has been more confident and stronger after each hardship.

China maintained a stable economic gesture with growing momentum in the first half of this year, with the major macro-economic indicators in reasonable range and economic structure being optimized. China’s vigorous and resilient economy gives it more confidence and energy to hit back the trade war in a calm manner.

Facing with the new challenges and changing external environment, China can conquer all the roadblocks laying ahead, find opportunities from challenges, and hit back the provocation of trade hegemonism with high-quality development, as long as it can unswervingly deepen reforms, widen market access, and march along its own track.