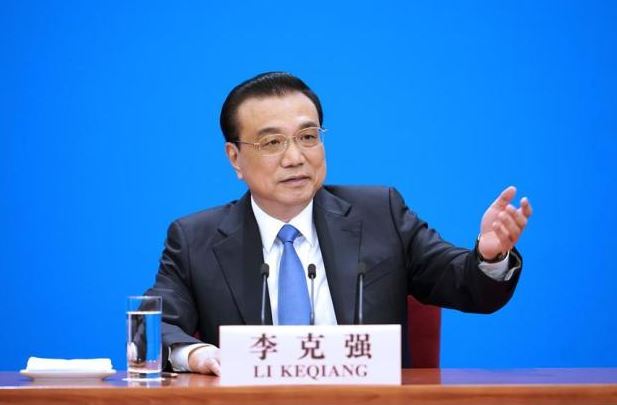 Chinese Premier Li Keqiang meets the press after the conclusion of the second session of the 13th National People's Congress (NPC) at the Great Hall of the People in Beijing, capital of China, March 15, 2019. (Photo: Xinhua)

During the just concluded two sessions, issues related to the Chinese economy and people's livelihood attracted much attention, and were primarily addressed by Premier Li Keqiang during his press briefing on Friday. Li was candid in admitting that China's economy is facing new downward pressure, but was also resolute in saying that "facing whatever new circumstances, China will stay firmly grounded in its realities and take a long-term view to keep its economic growth stable."During the two-hour press conference, Li addressed concerns about China's measures to stimulate the economy. He clearly stated that China will not print money excessively, raise the deficit too much or pursue a "flood irrigation" stimulus. Instead, he said China will revitalize the market through massive tax and fee cuts.The Chinese premier also discussed the new foreign investment law, China-US trade talks, business conditions and other issues on the Chinese economy. His answers were thorough and thoughtful. Some policy tools he mentioned are very operable, and some have even proven to be effective in boosting growth.Since last year, the global economy has been facing a huge downturn, and all major economies are experiencing unprecedented pressure. Due to China's massive economy, population and unique development stage, the pressure it faces often appears much worse. For example, the employment issue alone could frighten the leader of any developed Western economy. China is aiming to create more than 11 million new urban jobs this year, and will even try to reach 13 million. That is about half of Italy's entire workforce.The pressure on the Chinese economy also stems from the lack of a model or relevant experience China can emulate. For some problems, adaptive solutions cannot be found in any economics textbook. This is because the scale of China's economy is different, and it has a different development path. In the past, other countries' successful experiences have also been referenced. Also, China's economy is facing many new issues - some are related to China's own conditions, while others stem from globalization and the rise of the internet. Other countries are also tackling these issues but there are no ready-made solutions.However, the massive size also means enormous potential for the Chinese economy. Over the years, China has accumulated great labor, material and financial resources and experiences in executing economic policies. That, together with hard-working Chinese people, offers much elbow room for the government to withstand the downward pressure through policies that would energize the market.Since last year, some global agencies have shifted their stance toward the Chinese economy from being overly upbeat to overly pessimistic. The problems they cite for such a shift, such as heavy debt and high tax rates, probably do exist. However, they tend to overlook China's ability to fix these problems. Hence, they become alarmist. Stable economic operations in the past year prove that the Chinese government has the ability and wisdom to prevent the economy from falling.Overall, at the two sessions, people from all fields appear to be more upbeat about the economy than last year. Their confidence is based on the tangible economic realities. One of people's biggest hopes is how to live a better life by increasing their household income through their own efforts while staying in touch with economic growth.Past experiences show that the key for China to overcome difficulties lies in how to unleash the enormous potential of the public. Such a potential is what made China the world's largest market and what made the world eye China for opportunities.How China should execute its basket of policies is a very difficult task. China has been doing well, but it needs to do more. China's economy is at a stage when the country needs to strike a balance in certain issues, such as between cutting taxes and improving social security, and between focusing on growth and ensuring quality. This requires better and a more systemic ability to manage the economy and requires close coordination. In some areas, we must hit the brakes, while in other areas, step on the gas. And we must also make sure that the shift and frequency is conducive and work in a concerted way.China is conducting the greatest experience in economic development, which is replete with challenges to overcome and new frontiers to explore. This will add knowledge and innovation to existing economic theories. A Chinese economy forging ahead under pressure will help boost the global economy and, more importantly, help people to have a deeper understanding of economic patterns.