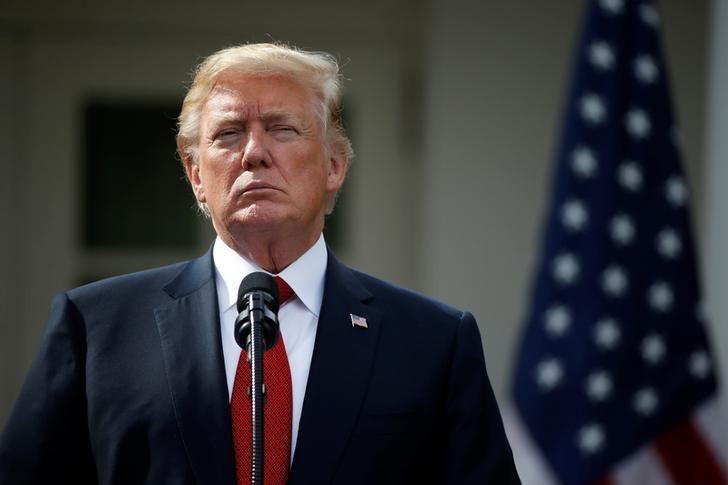 BEIJING, June 24 (Xinhua) -- After the Trump administration threatened to slap additional tariffs on goods from US major trading partners, grievances have been aired on its home turf.

Manufacturers in the Rust Belt fear additional tariffs would antagonize their long-standing trade partners, leading to a decrease in exports. Soybean farmers throughout the Midwest are nervously watching how China, which buys a quarter of American soybeans, will respond in kind.

Traditional steel and aluminum manufacturers in the Great Lake states may benefit from the administration's 25-percent tariff on foreign steel, but for those who use the metal, it is an entirely different story. Metal users are paying higher prices. It is no strange that beverage producers fret about the impending price rises of aluminum cans, which will be passed on to consumers.

According to a report from the Peterson Institute for International Economics, the recent tariff list released by the Trump administration raises costs for many US companies sourcing components from overseas. US consumers will likely feel the effects of higher prices down the road.

Never forget the fact that, trade with China allowed American families to save 850 dollars per household in 2015, a study by the US China Business Council shows. This benefits brought by Chinese exports to the US consumers will be gone, and higher import duties will tax American consumers more.

As Brad Setser, a senior fellow at the Council on Foreign Relations, has tweeted, "No way you get there without putting tariffs on a lot of consumer goods imports, be it computers or cell phones and the like. More than 20 percent of the merchandise that the US imported from China last year were cell phones and computers."

Roach has warned that trying to cure multilateral deficits with bilateral tariffs such as those being imposed on China can only backfire -- shifting the Chinese piece of the US trade deficit to higher cost producers and thereby taxing American consumers.

Nevertheless, the Trump administration has doubled down on its unilateralism and protectionism by threatening to slap additional tariffs on 200 billion US dollars worth of Chinese goods.

This came two days after tariffs on 50 billion dollars of Chinese imports were announced, just weeks after Treasury Secretary Steven Mnuchin said his country put a trade war with China on hold.

It should be noted that the storyline of the China-US trade spat could have been less combative, and the Americans do not necessarily have to bear the costs of a trade war.

According to the spokesperson of China's Ministry of Commerce, during their previous rounds of talks, Chinese and American negotiators had once "borne fruit with clear negotiation roadmaps and timetables."

In other words, if the Trump administration didn't re-announce additional tariffs against Chinese products, both sides would have planned further consultations on manufacturing and services, as well as structural problems, after making detailed consultations on agriculture and energy.

To enhance the resilience and competitiveness of the American economy, the US government needs to foster a business and trade environment deemed by its major trading partners as reasonable and predictable. On the contrary, the US government is hectically putting up trade barriers, restricting foreign investment and alienating its major trading partners.

Every act has its consequences. The false passion of the US administration is tarnishing the credibility and international image of the world's biggest economy, which will be another expensive mistake that the Americans have to deal with.

When business environment becomes less predictable, foreign investors will leave, and so will jobs. America's domestic industrial chains will be forced to make a change.

China is cutting tariffs across the board. Effective on July 1, China's average tariff rate for clothing, shoes and hats, kitchenware, and sports and fitness supplies will be reduced by 50 percent, and that for home appliances will be lowered by two-thirds. Import taxes on vehicles and auto parts will also be slashed on the same day.

But these incentives to foreign companies might have nothing to do with American manufacturers as the US administration is seemingly making all out efforts to have the US left out.

As the Chinese and American economies have been so mutually dependent, like it or not, they are already in the same boat. How can the US government assure its people a journey ahead safe and sound while stirring up monstrous sea waves for China?

Sadly, it seems that unless the Trump administration feels the pinch of a trade war, the American people will not be freed from the unnecessary costs.