OPINIONS Commentary: US provokes trade war to breach the order

Commentary: US provokes trade war to breach the order 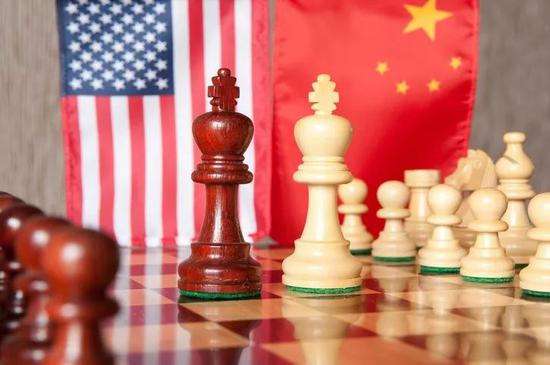 These days, "America First" is becoming a privilege above all international orders. As the trade war escalates, the White House gradually undermined international economic and trade orders that countries all over the world had established for decades. It seems the White House thinks that is the only way to "make America great again".

The US trampled international orders in two ways: imposing "maximum pressure" by using tariff policies and threatening to withdraw from international organizations to shirk international responsibility it used to shoulder. It acted like a bull in a china shop.

During the China-US trade friction in recent months, the US requested China to cut hundreds of billions of dollars in deficit regardless of the fact that the proportion of China's current account surplus to GDP has fallen sharply and China has been promoting market economy and opening up policies these years and has constantly reduced tariffs. In the WTO, the US claimed that it had been treated unfairly and repeatedly threatened to withdraw, which makes the global trade scenario look gloomy.

By treating international rules as its own tools and using or abandoning norms according to its wish, the US has developed a habit of throwing global regulations to the wind. In recent years, the US has continuously adjusted and upgraded favorable international trade and investment rules to maintain its competitive edge. In comparison, the interest of developing countries has not been guaranteed. While developing countries reform to adapt to the international order, the US has ruled and benefited from the multilateral trading system for decades.

Long benefiting from bilateral or multilateral negotiations under international orders, the so-called "America First" is actually egoism against cooperation and bullying of the globalized order. In other words, "America First" means that its domestic laws can override international rules, and the US can replace the international dispute settlement mechanism with unilateral steps.

By withdrawing from the Trans-Pacific Partnership, revisiting the North American Free Trade Agreement, and launching the Section 201, 232, and 301 investigations, the US government forced other trading partners to contribute to making America "Great Again". This policy concept, which seems to ensure the maximization of US interests, will only weaken the US leadership and influence in the international community and cannot solve the problems of the United States, but also drag the global economy through the mud.

The US was the initiator, designer, and the advocate of former international trade rules; while being driven by the "America First" policy, it has become the destroyer, opposer, and the subversive. Such an attitude is driven by an agenda of hegemonism at its core. According to incomplete statistics, two-thirds of violations of WTO rules are caused by the United States. Moreover, the United States even obstructed the appointment of new members of the WTO Appellate Body which prevented the proper functioning of the dispute settlement mechanism and put the multilateral trading system in jeopardy.

Market economy is to be run by rules. The US can do things according to its own sweet will, but the world economy and global trade cannot bear that. In the latest issue of the World Economic Outlook released by the World Bank in June, the global economic growth is forecast to be 3.1% this year, and the steps taken by the US are undoubtedly casting a shadow over this recovery. The OECD analysis says that if the cost of trade between China and the US increases by 10% because of the tariff rise, the global GDP will come down by 1.4%.

So what's the consequence if the Trump administration continues to ignore current free trade principles and multilateral trading mechanism and pursues unilateralism messing up global economic and trade orders? History has already proved that.

On July 6, 2018, the United States imposed 25% tariffs on Chinese goods worth $34 billion. Just on that day, the Washington Post reported this day may "turn out to be a date that lives in economic infamy, like June 17, 1930, the day President Herbert Hoover signed the Smoot-Hawley Tariff Act".

The Smoot-Hawley Tariff Act was widely recognized by economists as one of the reasons why the US got trapped in deep depression and brought catastrophe to the world. International trade suffered a heavy loss coming down in value from $68.6 billion in 1929 to $24.2 billion in 1933 and the world's industrial production fell by 30%.

In early May, more than 1,100 economists, including Economics Nobel Prize winners and former US president advisers, warned the US government not to adopt a protectionist policy of increasing tariff and repeat the mistake the US had made in the 1930s. Although the world economic environment has changed a lot since the 1930s, the basic economic principles still apply.

Economic globalization is the objective requirement of socially productive forces and the inevitable result of scientific and technological innovation. It provides not only a powerful driving force for world economic growth, but also the development of goods, capital, technology and civilization.

The economies of various countries have been integrated into the global industrial chain and value chain to various degrees, and they are interdependent and prosperous. The existing multilateral international economic and trade rules are the basic guarantee for international trade operations. Obeying the rules will surely make the global wealth pie bigger, and destroying the rules will harm global prosperity and development.

The faulty unilateralist act of the US is the greatest threat to global industrial chain and value chain, and is being resisted and rejected by more and more countries. Without the rule, it is impossible to achieve the so-called "America First". It will also hasten the ruin of hard-won economic globalization.