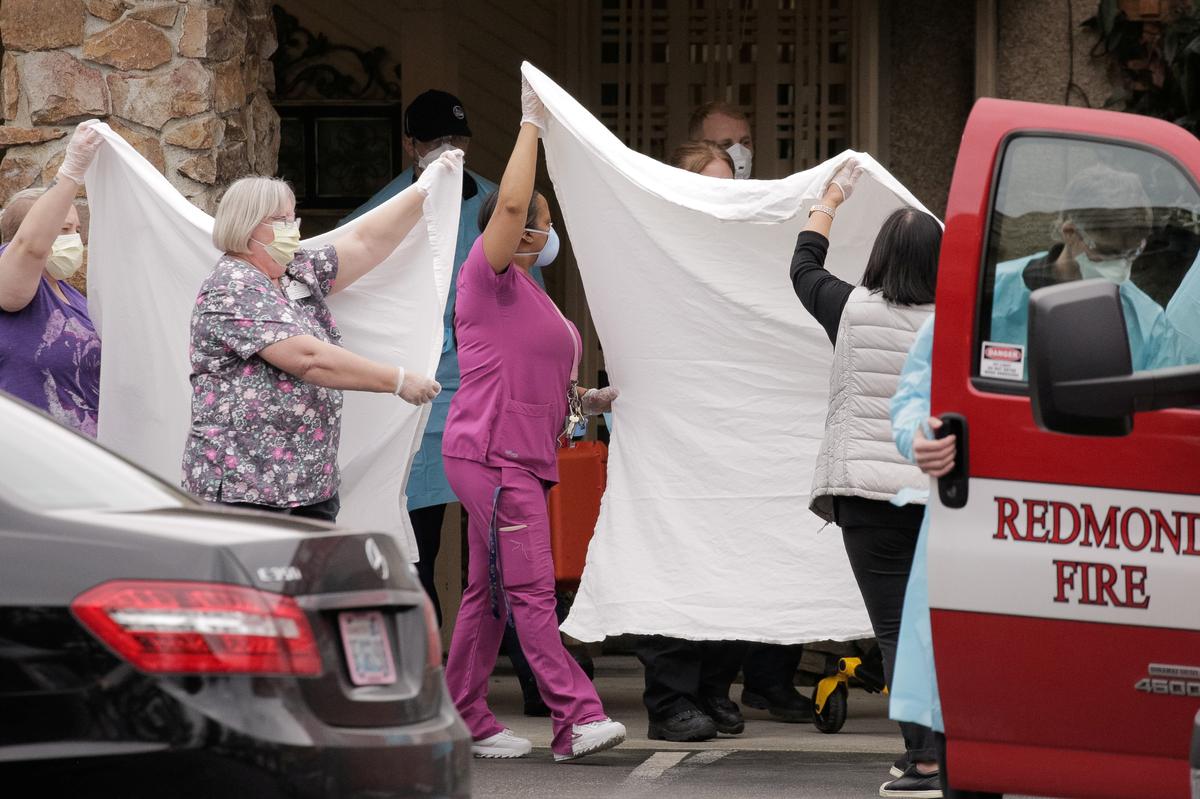 Medics and other healthcare workers transfer a patient on a stretcher to an ambulance at the Life Care Center of Kirkland, US (Photo: Reuters)

BEIJING, April 26 (Xinhua) -- The U.S. administration has multiplied the means of scapegoating China even when it is busy fighting with the coronavirus on its own turf. It is nothing short of absurdity and an ugly political show.

Recently, attorney generals of the states of Missouri and Mississippi filed lawsuits against China, demanding it should take responsibilities and compensate losses incurred during the coronavirus outbreak.

The allegation does not have any legal or factual basis, but only incites hatred.

Based on the principle of sovereign equality prescribed by the international law, U.S. domestic courts have no jurisdiction over the sovereign actions taken by the Chinese government in response to the epidemic.

China did not cover up any facts and has been timely sharing information with the world from the very beginning. Since Jan. 3, China has been regularly informing the WHO, relevant countries, including the United States, about the COVID-19 outbreak. On Jan. 12, China shared with the WHO information on the genome sequence of the novel coronavirus, which has laid a solid basis for global efforts of scientific research and vaccine development against COVID-19, the common enemy of humanity.

China has fulfilled its obligations in accordance with the International Health Regulations, as the WHO commented that China had set a new benchmark for the world in fulfilling its international duties.

The U.S. abuse of litigation against China carries little legal significance but serves as a political show in an election year in the United States.

According to a U.S. media report, some Republicans worked out campaign guidelines asking candidates to address the coronavirus crisis by aggressively attacking China. Clearly, China-bashing has been intensively exploited in an election year complicated by the coronavirus epidemic.

China has carried out the prevention and control of the epidemic in an open, transparent and responsible way. American politicians should spend more time working out effective ways to bring the domestic outbreak under control as early as possible, instead of shifting blame and shirking their responsibilities.