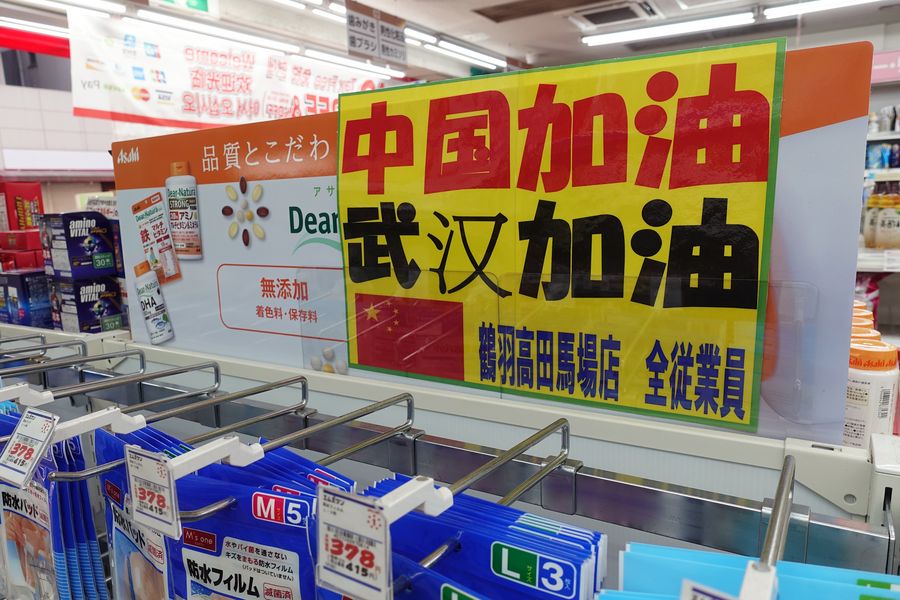 German weekly news magazine Der Spiegel recently featured on its cover a man wearing a red hoody, goggles and a protective mask, with the headline "Coronavirus made in China." Danish newspaper Jyllands-Posten printed a picture of the Chinese national flag with the five yellow stars replaced by coronavirus particles.

Not to be outdone, the Wall Street Journal last week published an op-ed that called China and its people the real "Sick Man of Asia," a highly racist tag that has long been spurned.

These sensational and unfounded allegations from a few western media outlets have turned a blind eye to the unswerving efforts and huge sacrifice China and its people have made to control the spread of the disease and deliberately ignored how China's decisive measures have won support and broad recognition across the globe.

Being insensitive is hardly an excuse. While these media outfits look to stand out from the crowd in their headline writing and cover stories, they should be aware that their racism and xenophobia hurts the feelings of the Chinese people, at a critical time when they are racing against time to fight the disease and save lives. These reports have fomented anti-China sentiment and betrayed the journalistic ethics of truthfulness, objectivity and impartiality.

In the ongoing battle against the disease, China is waging all-out efforts through comprehensive and unprecedented measures for treatment and prevention, and many have far exceeded International Health Regulations requirements.

China, in an open and responsible manner, has shared the virus' genetic sequence and other related information with the world, and practiced rigorous nationwide quarantine measures to minimize the impact. Also, the country has built two hospitals from scratch within two weeks and turned such facilities as gymnasiums into makeshift hospitals to expand treatment.

The efficiency and resolution in response to the epidemic have received high praise and support from the international community. To better prevent the disease, China is ready to engage in even closer international cooperation with foreign governments, experts and organizations.

As the world copes with this shared challenge, cooperation remains key. Tossing mud at this tough time serves to stoke more fear, anxiety and hostility.

Disease does not know any national border or race. And just as the H1N1 influenza outbreak in the United States in 2009 should not be called an "American virus," the NCP is neither a "China virus" nor "Wuhan virus."

Sensationalism merely drums up fear and hatred. News media should stick to reporting the facts and help the general public have a more rational understanding of the epidemic, not assign a nationality to the virus.