OPINIONS Commentary: Will Trump's tax reform benefit the US in the long run?

Commentary: Will Trump's tax reform benefit the US in the long run? 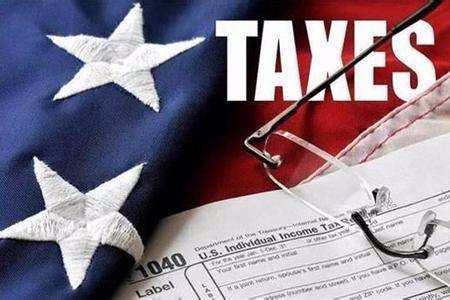 The largest economy on the planet, embarks on a "supply-side reform" full of controversy and resolution as President Donald Trump is determined to turbocharge the economy, attract capital inflow and sharpen the US's global competitiveness through massive tax cuts. But will the tax reform pave the way for the recovery of the US economy and benefit the American people in the long run?

The expansionary fiscal policy of tax cuts paired with a prudent monetary policy could stimulate economic growth in the short term. However, problems, such as substantial federal fiscal deficit and serious internal and external economic imbalance, will impede its economic recovery without in-depth reform measures. Consequently, it might lead the US economy onto the same economic path during the Reagan times.

In President Donald Trump's view, the tax cut is to stimulate investment and bring more employment opportunities while holding corporate taxes down. Thereby spurring the economy and widening the tax base, to eventually achieve an increase instead of a decrease for the tax scale in the long run.

Meanwhile, President Trump's vision is based on a somewhat idealized hypothesis. It lacks adequate support and the tax cut experiences in the past failed to yield positive results. The massive tax cuts during both the Reagan and Bush administrations took a toll of a huge fiscal deficit and economic imbalance, sowing seeds for the next economic crisis. Therefore, the immediate consequence of Trump’s tax reform is the sharp decrease in America's fiscal revenue.

The Tax Foundation of the US estimated that the new tax reform would reduce the federal revenue by $440-590 million in the next decade (another estimate is bringing $2 trillion to the federal revenue). As a lever, the expansive fiscal policy will undoubtedly deteriorate America's fiscal deficit. If federal taxation fails to support the necessary budgets, the government is likely to slash budgets in the public sector, like education and medical, or issue additional treasury bonds to cover the budget gap.

Cutting corporate income tax has multiple aims like to improve the global competitiveness of America's tax system, to attract overseas capital and manufacturing industries to return, to lure international capital, talents and resources to the US and to consolidate the US economic foundation. In the short term, the tax cut will help boost economy and attract capital to a certain extent, but in the long run, the reluctant causal relationship between the tax cut and economic growth is an obvious false dichotomy with neither a theoretical basis nor precedents to follow.

On the other hand, the inflow of capital and manufacturing industries is not necessarily a proxy for the robust recovery of economy. Before an effective mitigation approach is found for the US federal fiscal deficit and huge debt problem, attracting capital through a tax cut and stimulating the economy via the increase of import demand is to cover the underlying imbalance of economy with temporary growth. This might help scale up sovereign debt risks and even global financial risk and become another sub-prime financial crisis like in 2008.

Trump's tax reform policy might deteriorate America's unequal income distribution and worsen social disruption. The tax reform is alleged to be a tilt towards the rich. Lawrence Summers, former US treasury secretary, said that Trump's tax reform is likely to exacerbate inequality in social distribution, since more than half of the results will merely benefit the top 1 percent of Americans. George Soros sent a letter to Congress chiding lawmakers for trying to reduce taxes on the richest US families at a time when wealth inequality is rapidly expanding and asking Congress not to pass any tax bill that “further exacerbates inequality.”

At the same time, the new tax reform may result in trade countermeasures from other countries, which in turn will impact the profit of partial import and export enterprises. In the long run, the tax base of the US federal government will be corroded. Accordingly, the government budget and social welfare expenditure will be cut, the US economic growth will be slack, and the burden on the middle class will be more cumbersome.

(Li Lu, a Ph.D. in economics from Renmin University of China)