In an attempt to foster community cohesiveness and gauge public opinions as a way to end the violent turmoil that has rocked the Hong Kong Special Administrative Region for more than three months, Chief Executive Carrie Lam Cheng Yuet-ngor met with 150 members of the public in the Wan Chai district on Thursday. 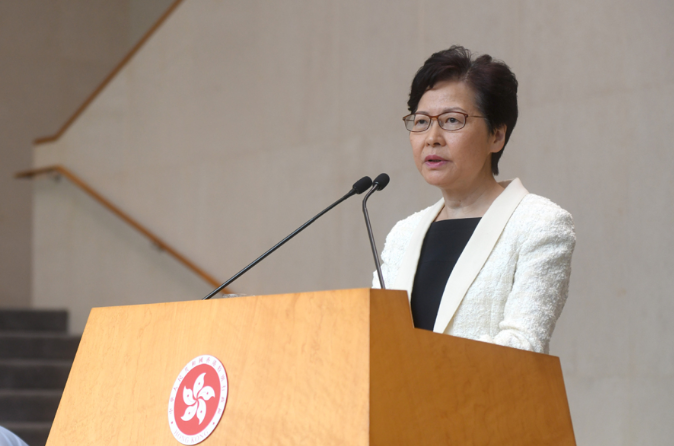 This was the first of a series of "difficult" face-to-face community dialogues seeking change for the "betterment of Hong Kong society".

Lam announced her intention to build communication platforms on Aug 20, with the aim of collecting input from various sectors of society and across the political spectrum in a bid to find a way out of the current situation and the way forward for the SAR.

She has already met with representatives of different social, political and professional groups. Thursday's session was the first one open to the public, and the response to the event was enthusiastic as more than 20,000 people applied online for only 150 places.

That was clear testimony to the great concern people have about what is happening in the city and their desire to put a stop to all the lawlessness and violence.

Although it would be premature to expect these public meetings to immediately restore peace and order in the city or address the deep-rooted problems plaguing the SAR.

However, they provide a very good opportunity for government leaders to listen in person to different public opinions and for members of the public to have their voices heard.

Talking is the first and essential step to eliminate misunderstandings and narrow differences.

As such, community dialogues will continue in other districts, local residents who want peace and stability to return to their neighborhoods should be receptive to this goodwill gesture extended by the city leader and participate with rationality and goodwill.

Meanwhile, Lam has also vowed to invite social leaders, scholars and professionals to conduct independent studies and reviews to find solutions to the deep-rooted problems that have hindered the SAR's development and caused social grievances, especially among the younger generation, such as unaffordable housing and lack of upward social mobility.

It is expected that government initiatives aimed at tackling some of these issues will be announced in, or even before, her policy address in October.

Under the current circumstances, all Hong Kong residents who have its best interest at heart, regardless of their background and political affiliation, should lay aside their differences and work with the government to find a way to end the current upheaval and restore peace and stability in the city.