OPINIONS Competitors that are neither friends nor foes

Competitors that are neither friends nor foes 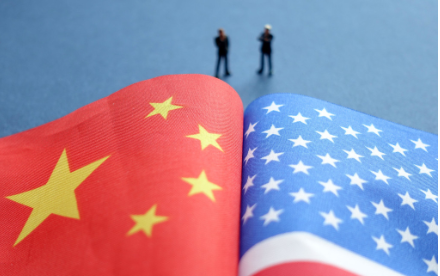 Editor's note: The international situation will probably worsen and the bilateral strategic competition between China and the United States will be more ferocious this year, said Yan Xuetong, a researcher of international relations at the Beijing-based Tsinghua University, in his recent interview with China Newsweek. The following are excerpts from his responses to questions on Sino-US relationship and the global situation:

If all US presidents are classified into two categories, Donald Trump belongs to one category alone, and all the others belong to the other. The change of thoughts of the leadership of the world's strongest country strengthens many people's impression that the world is now different from before.

That the US takes the initiative to discard liberalism, and embrace unilateralism and protectionism, instills a feeling of uncertainty in many people. The frictions and conflicts between the world's two largest economies, which started more than 10 years ago, have become acute, which is another concern.

The institutional restrictions on the power of others that the US has established have not been enough for Trump. Although what made him a success will probably lead to his failure at last, the rest of the world must be prepared for a US that will try and trim the sails of the global ship for its own convenience at any time.

Despite this, the likelihood of there being a Cold War between the US and China is slim, because neither side is willing to engage in an ideological struggle with the other via proxy wars.

Although the strategic competition reduces their common interests, they are far from being a foe to each other. Washington has defined Beijing as a strategic competitor. Although Beijing has not defined the US as such yet, Beijing certainly does not see Washington as a friend either, not even a cooperative partner. The not-enemy and not-friend relations mean Beijing must stick to its bottom line of safeguarding China's core national interests while dealing with the US.

The competition between them will come out into the open, extending into the foreseeable future. And other countries will have to try and strike a balance between the two.

China has plenty of reasons to keep a comparatively low profile, though, and to continue learning from others and facing squarely to its own shortcomings, as it is far from being a beacon country in the world.