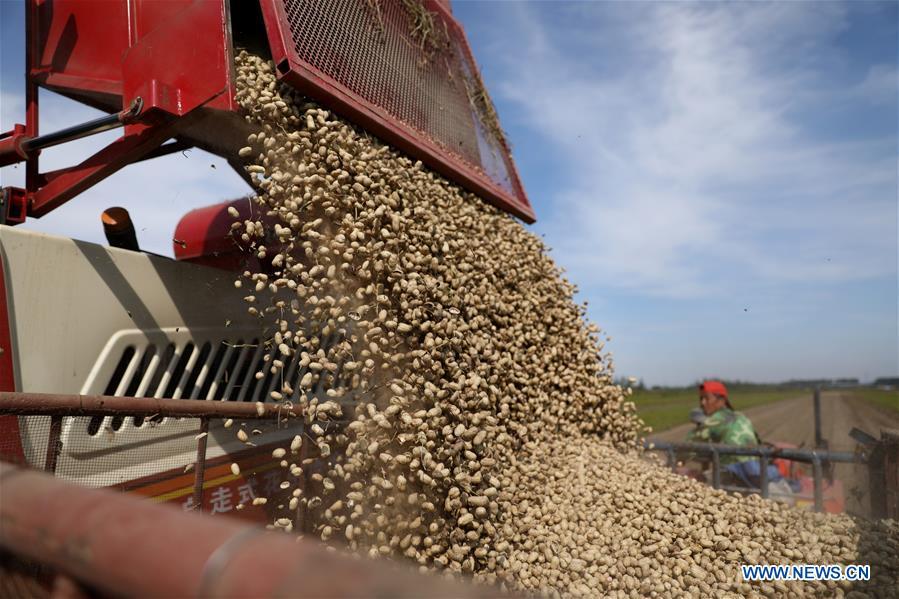 This year's Central Rural Work Conference concluded in Beijing on Tuesday. The first since the country eliminated abject rural poverty, the meeting mapped out plans for the country's rural work in the coming year, and marked the start of a new chapter for the modernization of agriculture in the country.

Although China has seen its grain output increase for consecutive 17 years, the trade bullying by the United States over the past year, along with the ongoing COVID-19 pandemic, has only served to highlight the urgency with which China should seek self-reliance in key sectors such as agriculture.

That is why President Xi Jinping has pledged to end the country's reliance on foreign seeds, and make it capable of always "holding its own rice bowl" firmly in its own hands. As the statement released after the conference indicates, the modernization of agriculture entails changes to the administration of rural land, the application of agricultural science and technology, the protection of farmland, increased inputs into agricultural water conservancy and rural infrastructure facilities, and improved public services in rural areas, as well as raising the quality of the rural work force.

Although the tremendous poverty alleviation efforts over the past few years, reform of the rural collective property rights system, and the campaign to construct a new socialist countryside have all paved the way for agriculture's modernization, some institutional barriers still remain.

Although it is absolutely right to protect farmers' property rights, that should not conflict with the introduction of capital to the countryside, and the inflow of production factors that can prompt the traditional small-scale farms of individual households to be merged to form large-scale farms, setting the stage for the application of modern agricultural technology and management, and providing a solution to the hollowing-out of remote villages where farmland is left uncultivated.

The urban-rural divide has widened with the faster rate of urbanization. The per capita disposable income of urban residents was still 2.73 times that of their rural counterparts last year. Although almost all the rural population is covered by a basic social security network, the reimbursement ceiling is low, and it is far from enough to stop rural residents from slipping back into poverty once they are seriously ill. The State's input into public services varies tremendously between urban and rural areas, particularly in education and medical care.

It is also fair to say that it has not become easier for rural children to change their fate through education due to the backward rural education system. Every child is like a seed and it is essential that rural children have the water of fair treatment to grow. As such, the modernization of agriculture is by no means about farming only, but more importantly about improving the well-being of rural residents.