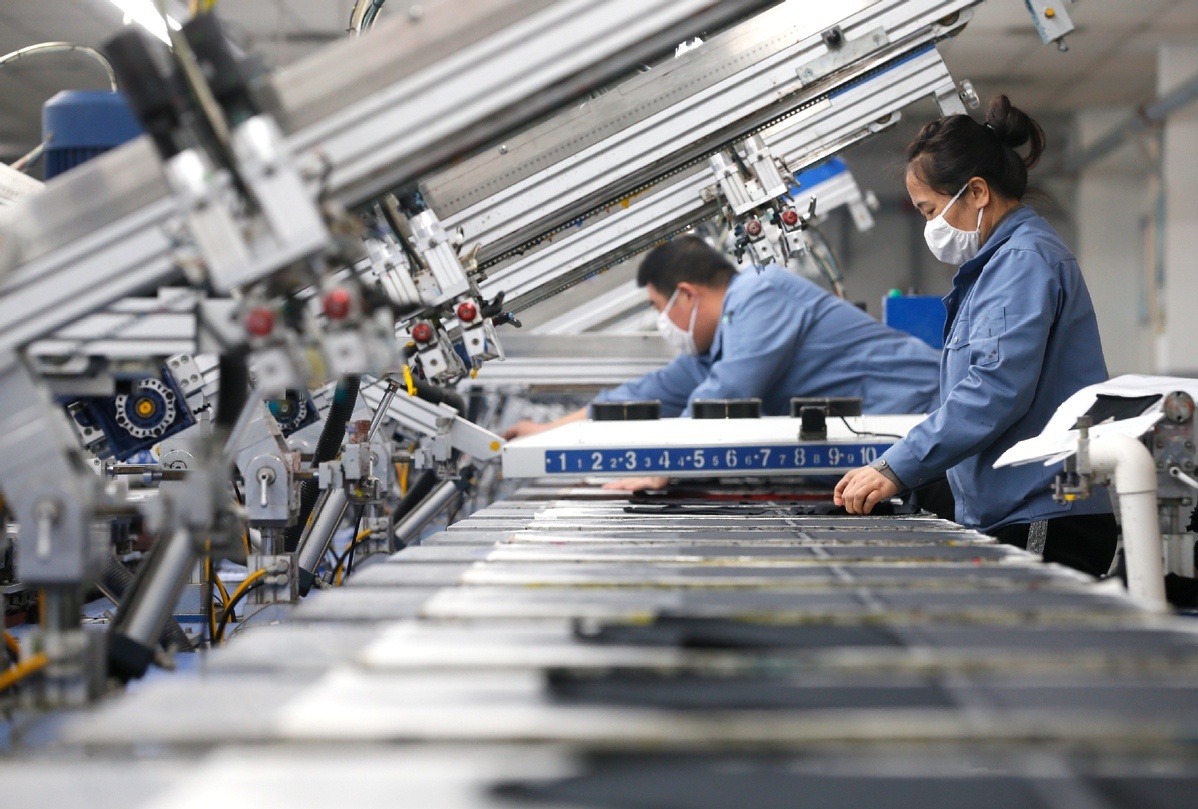 Staff members work at a printing enterprise in the Jimo district of Qingdao, Shandong province on Feb 22, 2020. [Photo/Xinhua]

That the Chinese economy has not been battered senseless by the novel coronavirus indicates the resilience of the world's second-largest economy, which had just emerged beaten but unbowed from the bruising tariff combinations thrown at its exports by the United States.

Despite the economy being cornered into a virtual standstill by the nationwide quarantine measures from late January to mid-February, it has not been forced to its knees or had to take the count, and its capability to shake off what would have been a blindside blow for others is testimony to its strong conditioning.

Now with the epidemic showing signs of being brought under control, the nation has accumulated enough favorable conditions to rise up and fight back against the vicissitudes that have beset it.

Although the monthly purchasing managers index released on Monday by Caixin fell to 40.3 from January's 51.1, business confidence has risen to a five-year high with the government showing it will provide tax cuts and other aid to revive the economy. And it should be borne in mind that some of that monthly drop in activity would have registered anyway as factories would have closed for two weeks or more for the Spring Festival holiday.

While that holiday has obviously been longer than expected because of the epidemic, since the State Council, China's Cabinet, called on all departments and local governments to support enterprises to resume their operations on Feb 8, the resumption of industry and businesses have been carried out in a phased manner, with local authorities taking the initiative to resume economic operations once they are confident that the epidemic is under control in their areas.

That these moves, which involve the mobility of hundreds of millions of people, have not disturbed the downward trend in the number of infections nationwide should serve to announce the economy is no longer pinned against the ropes by the virus, thanks to the resolute containment efforts by the government.

Even if the epidemic persists for a while, since the country has found a way to strike a balance between epidemic control and production resumption, it will not change the strong fundamentals of the Chinese economy, nor reverse the overall trend of its restructuring. Instead, the epidemic will further promote the upgrading of technologies, promote the transforming of its economic structure and accelerate the modernization of its governing system.