Confidence in UK battered by Brexit 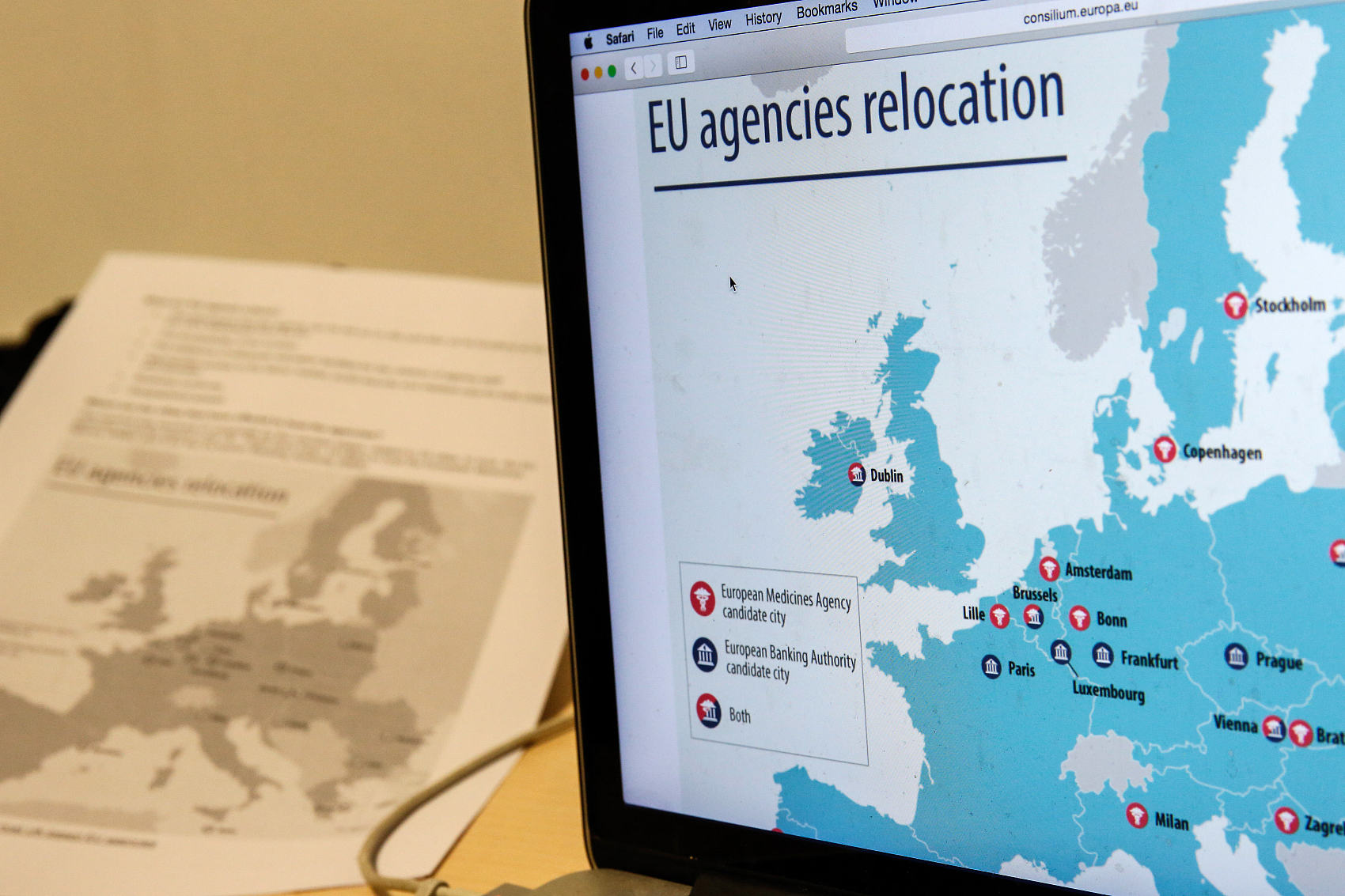 A laptop displays a map of candidate city locations for the relocation of the European Banking Authority (EBA) and European Medicines Agency (EMA) in this arranged photograph in Brussels, Belgium, on Monday, Nov. 20, 2017. Photo: VCG

PARIS AND AMSTERDAM will be the respective locations for the European Banking Authority and the European Medicines Agency from April 2019 as a result of the United Kingdom's withdrawal from the European Union. Beijing News commented on Monday:

The departure of the EU's top banking regulator and a key element in the continent's healthcare industry from London deals a hard blow to the post-Brexit UK. That British efforts have failed to keep the two prominent agencies seems to suggest that the Theresa May government is in a disadvantageous position in the ongoing negotiations with the EU.

Even more conspicuous and measurable will be the financial losses the UK will have to bear due to the relocation of the two agencies. The two EU agencies along with pharmaceutical enterprises and lobbyist groups have contributed handsomely to the UK's GDP over the past years.

What is done is done. And despite all the headwinds, the UK will be hoping that the City of London will manage to get by and the negotiating skills of the government team will secure a deal that minimizes the damage. The post-Brexit UK has no good reason to keep the two EU agencies, not least when the May administration has shown its lack of effective negotiation skills. Investors are only trying to avert risks of retreat from the UK market.