OPINIONS Confronting China for US worst strategy for India

Confronting China for US worst strategy for India 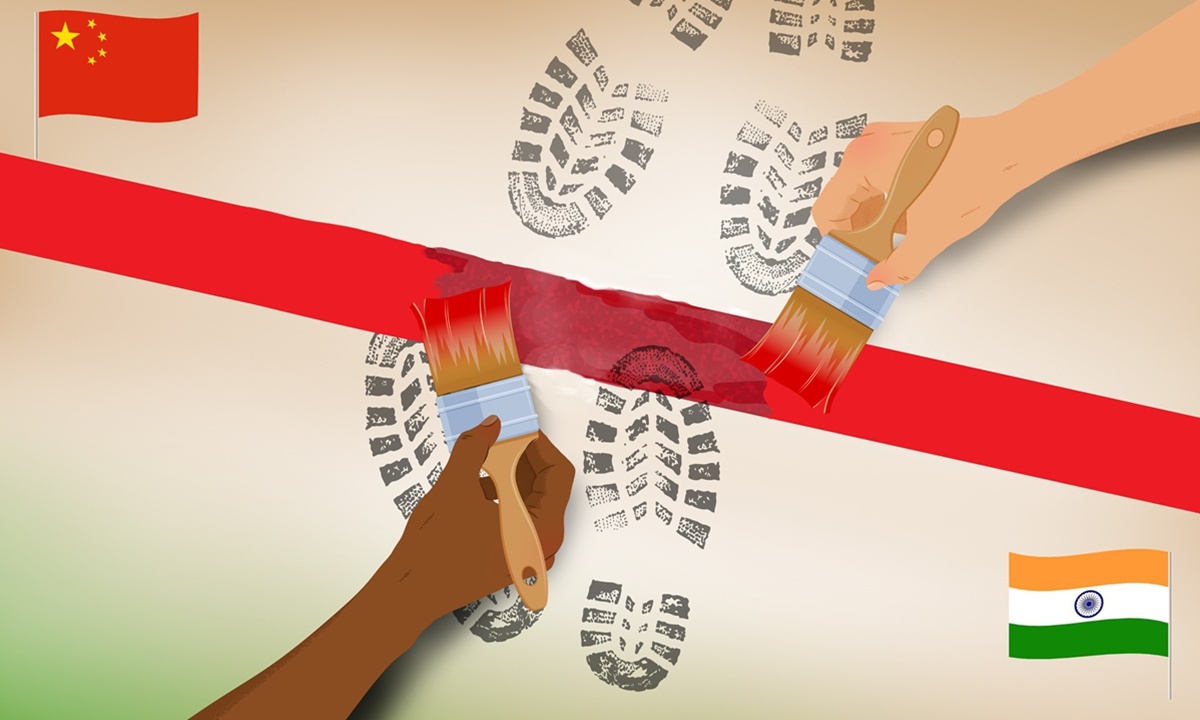 Bloomberg reported that India has "redirected at least 50,000 additional troops to its border with China." It would give the Indian army more options to confront China with a strategy known as "offensive defense." Indian side has not responded to this report, and it could not be ruled out that the US is provoking China-India relations through media reports.

But it is true that Indian Defense Minister Rajnath Singh on Sunday visited Ladakh to boost the morale of Indian troops. From time to time, the Indian prime minister and defense minister go to the border to cheer up Indian troops there or inaugurate infrastructure projects in India's border region. This is certainly not conducive to easing China-India border tensions.

It must be pointed out that the hardline policy that India has taken recently toward China has not benefited it at all. First of all, it is impossible for India to reap any benefit from the border confrontation with China, as the military capabilities of both sides are not at the same level. India simply cannot achieve any goal by flexing its military muscles. China is exercising restraint, and it is in India's best interest to match China's attitude to avoid intensifying the border dispute.

Since the Galwan Valley clash, anti-China sentiment has risen in Indian public opinion, encouraging New Delhi to adopt a more assertive policy. Such a course toward China is like a cup of poison for India's national strategy. India could have worked with China for mutual development. Yet, it has turned its China policy into a strategic attrition, making possible advantages disadvantages. For India, this is almost like self-harming.

China is India's largest trading partner, but trade between China and India is only half of the trade between China and Vietnam. This shows how low the degree of the Indian economy's openness is. In addition, India is economically acting rashly against China and calculating about "decoupling" with China. But just look at the huge gap between the economic situation of China and India in 2020 and the first half of this year - China performed best among major powers and India was among the worst. It is unwise for India to perform in a fit of pique against China.

Even in the long run, China and India should properly resolve border disputes and become strategic partners that promote each other's development. Whether it is China or India, their development is destined to have a structural impact on the distribution of world power and will also lead to the unconditional squeezing from the US and its major allies. This is the inevitable nature of US hegemony and Western centralism.

The US, Japan and Australia have tried their best to rope in India into the "Quad mechanism," trying to make India an "ally." They want to create a "dragon-elephant rivalry," in which China and India are hostile against each other and consume each other in the long run. This way, they can cause loss to China in the short term and impoverish India in the long term - strategically killing two birds with one stone. India tries to in turn take advantage of the US. But New Delhi is a weaker side and cannot gain the initiative in the US-India interaction.

The US and the West want to curry favor with India only because of China. Otherwise, if India is poor, it will be abandoned; if it becomes powerful, it will be besieged just like China. India's best choice is carrying out balanced diplomacy with China and the US in its current position of strength. India's second best option is to have good relations with one side without offending the other side. Its worst choice is to completely turn to one side strategically and confront the other, as it is now. India is strategically controlled by the US, fighting for Washington's Indo-Pacific strategy and starting a contest with China that cannot be supported by India's strength.

If the world's second largest power today were not China but India, the US could probably bring India down very quickly. That is because there are so many opportunities and means for the US to infiltrate and manipulate India, and India would have much more difficulty than China in keeping the country united facing challenges. What India and China mean to each other is much more complex and subtle than not only what radical and short-sighted nationalists see, but also what the US and Japan want Indians to see. China and India need to make good use of each other's strengths and progress together. They should never fall into a border standoff and needless competition pushed by the West. That would be a nightmare for India.