Constructive politics to decide the future 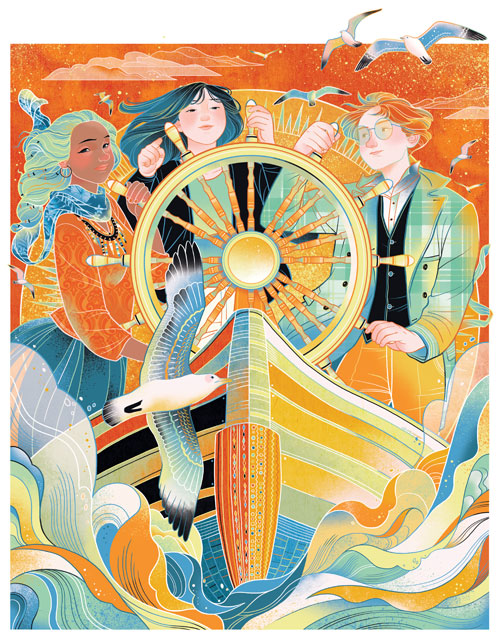 Even if the ongoing G20 Summit in Argentina can send positive signals especially concerning China-US relations, its outcome would be limited. A decade-old and a highly useful instrument for policy coordination at the global level, the tactical agreements the G20 can generate are certainly not sufficient to address the profound disorders of our time.

The quest to anticipate the course of history is as old as human consciousness. However, in an era which is best defined by complexity, forecasting has never been so challenging. Despite the accumulation of data and the availability of algorithms to process them, events continue to surprise the most experienced analysts.

In this context, institutions which for decades have been structuring international relations have partly lost their relevance; confronting such an institutional devitalization, one needs to reinvent the mechanisms of multilateralism but certainly not to abandon them.

To order the disorder and regulate the new territories opened by technological disruptions, to reform global governance so it regains effectiveness and, therefore, legitimacy, a 21st century Bretton Woods triggering a new cycle of strategic trust would be needed.

Following several decades during which the globalists of the Davos economic and financial circles were dominant, the citizens of the world are demanding constructive and inclusive politics. The variations on the themes which define former White House chief strategist Steve Bannon's populism attract many because they constitute a return of politics, but such a narrative is, in a world of increasing interdependence, the wrong response to a series of legitimate concerns.

The attempt to design new forms of multilateralism should take into account the fact that it is the combination of four megatrends which creates a world of unprecedented complexity.

First, demographic dynamics have to be integrated in any serious analysis of the global landscape. While a fair economic distribution and a truly sustainable development remain distant ideals for a world of 7.5 billion people, the addition of 2.5 billion human beings in the next 30 years will generate unprecedented pressures on a planet with limited resources.

The extension of life expectancy, another aspect of demographic change, is also having social, economic and political effects. For the trans-humanists of the Silicon Valley, a life expectancy of 90 years for the middle of the century would even appear to be a very conservative figure.

Urbanization continues to reshape our territories, but while the notion of smart city is ubiquitous in international forums, it is too often the realities of polluting and stressful "dumb cities" which are the mark of modern life. However, global, innovative and interconnected metropolises have a role to play in the design of future global governance.

It is in the domain of science and technology that the second mega-trend unfolds. Added to the traditional dimensions which were the focus of the analyst－land, sea, air and space territories since the Sputnik moment in 1957－the cyberspace has made the objective reality even more difficult to comprehend. In finance, politics or military, cybersecurity has become the top priority and a source of concern.

With artificial intelligence and machine learning, mankind has already entered a world of algorithms while quantum computing and quantum communication will constitute a powerful disruption that will have to be managed. In parallel, augmented reality will profoundly modify the way we work and interact with others.

The third component of an unprecedented global complexity can be presented as a phenomenon of power diffusion, or radical individual empowerment. With the mobile phone, which has become an extension of the hand for 5 billion individuals, the connected citizen has not only access to information and knowledge－a challenge for the existing academic institutions－but he or she also has the capacity to broadcast, which is a challenge for the traditional media.

Social media and social networking are having a great impact on our way of life, the economy and the political dynamics across the continents. Demographic and technological changes bring with them uncertainties and anxieties, and social media are the medium for their most extreme manifestations to be expressed. Not the direct cause of populism, social media amplify it. Brexit, the political dynamics in the United States, in Italy, in Hungary, in Brazil or the most recent social movement in France illustrate this phenomenon.

The fourth source of complexity can be found in the geopolitical change. Our world is not only multipolar－different sources of power－but it is also multi-conceptual. Western modernity is one of the existing modernities, a reference but not a model to imitate anymore. When properly understood the Chinese renaissance stands as an unambiguous introduction to multipolarity, and beyond, multi-conceptuality.

It is in this global context that governments, international organizations and companies operate. In what is still the world's largest economy, the US administration puts "America First" and is occupied by the attempt to contain the powers challenging American dominance.

The European Union faces its own set of challenges but external demographic pressures, and social and economic discontent are questioning its very existence while nationalistic populism is on the rise across the continent.

After four decades of reform and opening-up, China has certainly regained some centrality but its success is perceived as a threat in some segments of Western society. Under these new conditions, while Beijing continues on the path of reform and opening-up, it has to deal with the US and re-invent in close cooperation with the EU a multilateralism for the 21st century.

Xi's grand proposal creates also for other regions－the Middle East, Latin America and Africa－the best possible conditions to pursue their modernization, for peace, with a cooperative international community being an accelerator of progress.

After a period during which the globalism of the "Davos Man" was dominant, the political discourses taking into account the cultural factors and the specific identities are back on center stage.

Obviously, politics does not have to be exclusively about fear and emotions. The manipulation of fear only adds more disorder to the disorder and carries the risks of degenerating into lethal conflicts. If a logic of pure economic globalization has indeed generated morally unacceptable social, economic and environmental consequences, its opposite, nationalism, would be a highly dangerous regression－former French president Francois Mitterrand simply pointed at the truth when he equaled nationalism with war.

The key to gradually re-ordering the current disorder is our collective capacity to make sure that the rational effort of constructive politics prevails. Constructive politics should avoid structuring the debate around the two extreme notions of globalization and nationalism, and instead strike the right balance between internationalism and patriotism.

The nations that internationalism presupposes are less concerned about their rivalries than by the vigorous quest to find the collective solutions for a world of interdependence. The sovereignties that internationalism guarantees do not clash with each other, but they stand as the real forces to order the disorder, to always better protect human dignity and to advance what is, for mankind, the common good.