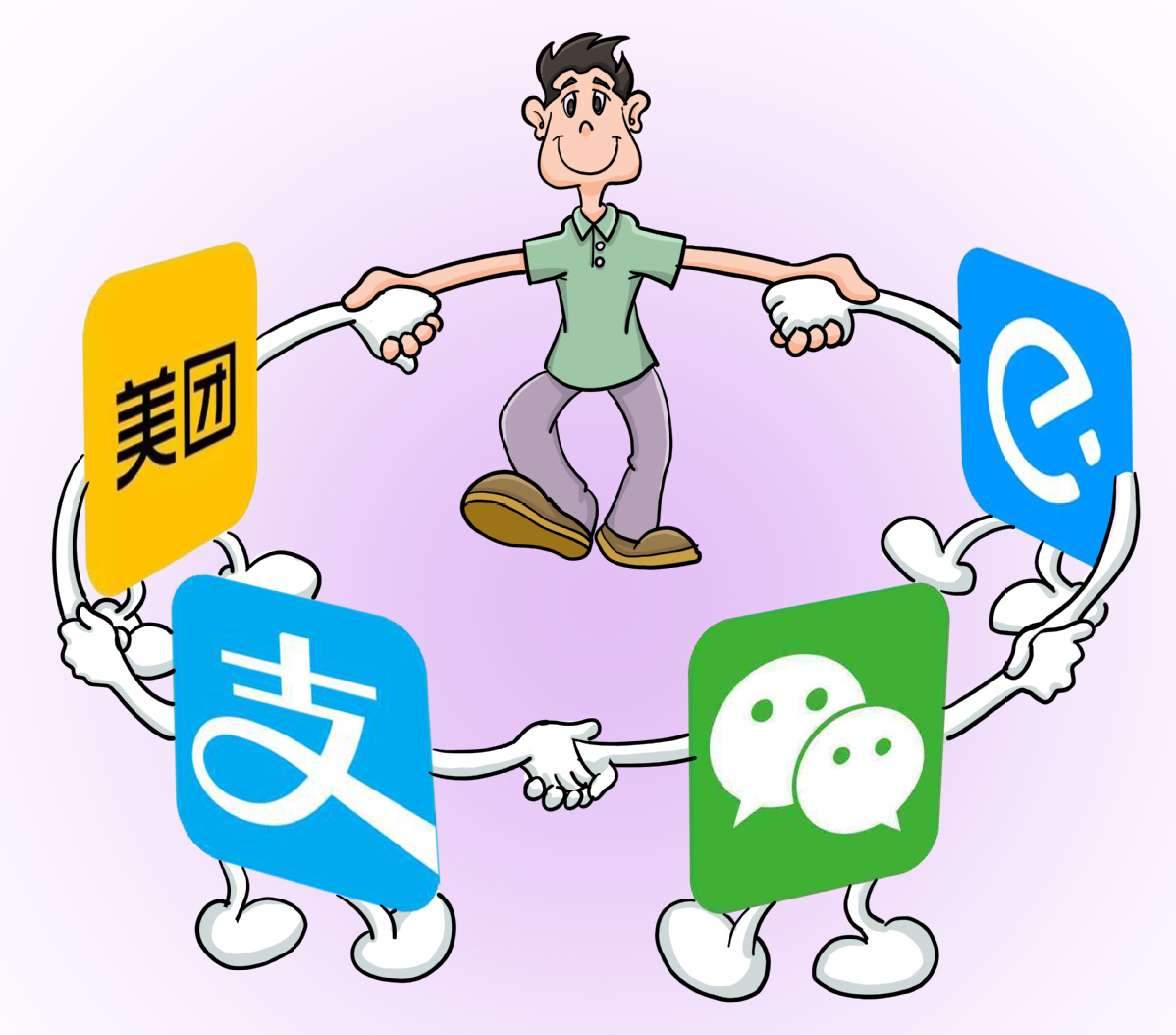 When some users complained on social networks, Meituan argued that one of its main competitors, ele.me, had long canceled support for WeChat payments.

If you cover the whole internet market, you will find that every big internet company is forbidding the services of competitors to be linked to its own platforms. Taobao.com is Alibaba's giant e-commerce platform, yet it forbids users to use WeChat payments as that is a service of its competitor Tencent. WeChat is a big social media platform, yet it forbids users to share links to Taobao.com or ByteDance's Douyin, the Chinese version of Tiktok, one of the hottest platforms for sharing short video clips.

In order to share an interesting video clip on Douyin with your WeChat friends, you have to download the video and resend it via WeChat. In order to recommend a favorite Taobao shop, you need to transform the link to special text supported by Taobao.com and copy and paste it into a WeChat message. And Douyin is no better, users cannot put any QR code that contains links to WeChat public accounts in video clips shared on it.

Consumers are the ones that pay the price for this practice. They have to suffer the inconveniences brought about by the competition among the giant internet companies, and bear losses should conflicts break out between any two of them.

Of course, these internet companies want to make a profit and are competing fiercely for users. But consumers do not benefit from their competition. Instead, they get more inconveniences and less choice, because each of the internet companies tries to exclude the others from its space.

Maybe it is time for the authorities to get involved. New rules could be drawn up to regulate the behavior of these internet giants so that they follow clearer rules in their competition, instead of simply banning each other in their own spaces.

In that way, consumers would not be the ones to suffer.