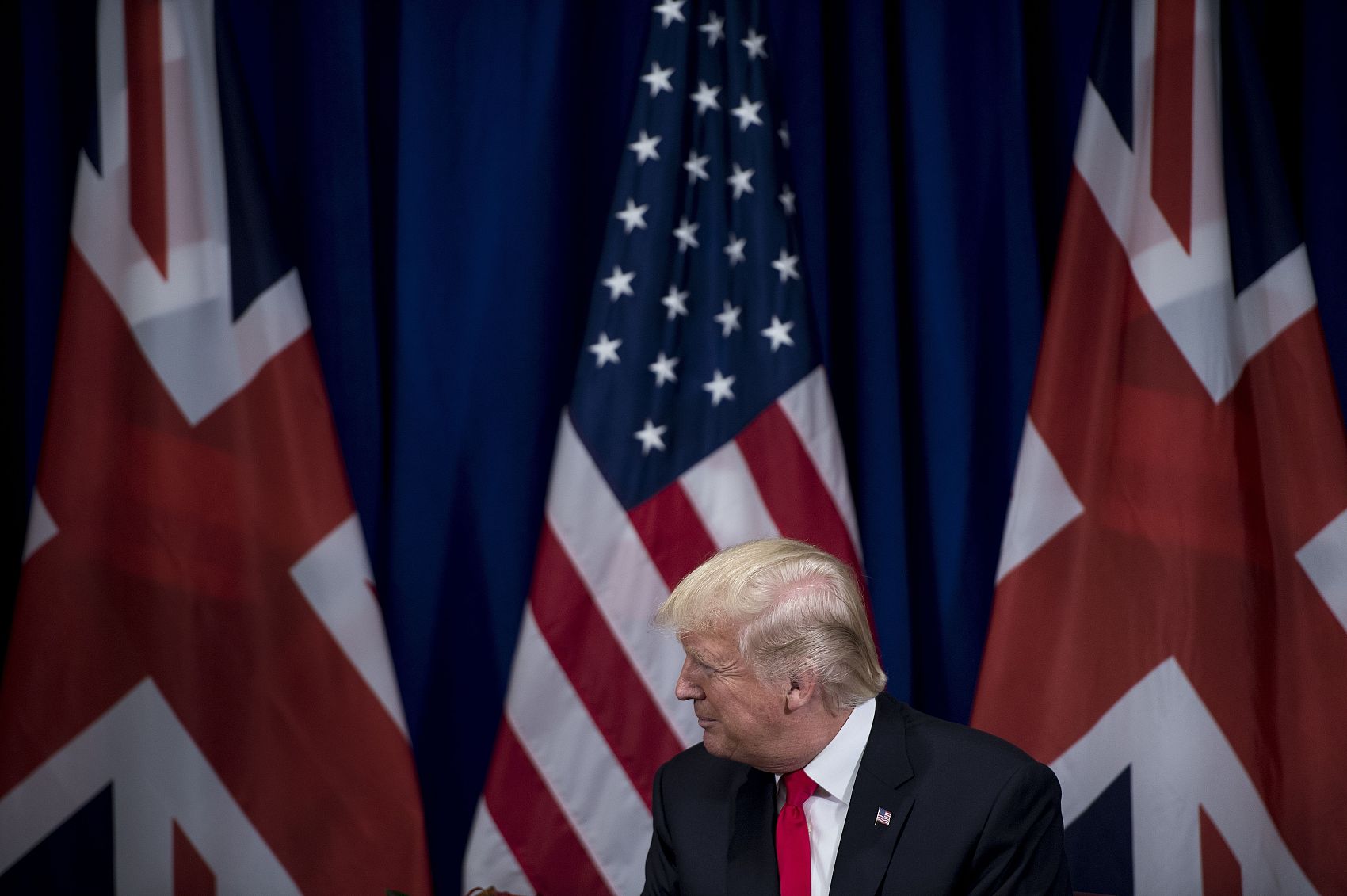 US President Donald Trump listens as Britain's Prime Minister Theresa May speaks before a a meeting at the Palace Hotel in New York, on the sidelines of the 72nd United Nations General Assembly, on September 20, 2017. (Photo:VCG)

After US President Donald Trump said on Wednesday that China agreed that the Democratic People's Republic of Korea cannot just freeze its nuclear weapons program in exchange for benefits, China clarified on Thursday that this was not a change to its position that its "dual suspension" proposal is the best "first step" for defusing the crisis.

Given Trump's intimate, and no doubt frank, conversations with President Xi Jinping during his visit to Beijing, he will be aware that China still believes the DPRK suspending its nuclear-related activities and the United States suspending its military drills with the Republic of Korea is the best way to establish an environment conducive to the two antagonists－and the regional stakeholders－engaging in talks.

With Song Tao, head of the Communist Party of China Central Committee's International Department, paying a visit to the DPRK as special envoy of Xi, who is also general secretary of the CPC Central Committee, there has naturally been a lot of conjecture about the content of the latest high-level contact between the two neighbors.

Such speculation is not surprising since the belief persists that Beijing can bring some persuasion to bear on Pyongyang, and Song's trip comes so soon after Trump's visit.

However, while Song will no doubt have discussions on issues of mutual concern, too much should not be read into his trip.

Exchanges between the CPC and the DPRK's Workers' Party of Korea have always played an important role in relations between the two countries, and Song will be informing China's neighbor of the outcomes of the 19th CPC National Congress, which was successfully convened last month, as part of the country's party-to-party messenger diplomacy.

That is not to dismiss the importance of his trip. It is obviously a good sign that Beijing and Pyongyang are maintaining communication at a high level, since it is instrumental both for developing good neighborly ties and for the necessary candid discussions on what is becoming an acute crisis.

Especially since his talks come at a time when some of the differences among the parties involved about how best to address the DPRK's nuclear issue appear to have been bridged. Xi met Republic of Korea President Moon Jae-in, on the sidelines of the APEC Economic Leaders' Meeting in Da Nang, Vietnam, and the two leaders vowed to resolve the nuclear issue through peaceful means and make joint efforts to safeguard peace and stability on the Korean Peninsula.

And with the DPRK quiet, especially after the UN Security Council imposed its latest and most serious sanctions on Pyongyang, what is needed now is for all parties to demonstrate wisdom and patience.

Avoiding any war rhetoric and provocative actions will ensure no recommencing of the viciously spiraling tensions that were threatening to spin out of control.