OPINIONS Cooperation benefits China and US while confrontation can only hurt

Cooperation benefits China and US while confrontation can only hurt

China and the US, since they established diplomatic relations in 1979, have propelled bilateral ties in an all-round way and accelerated their economic and trade cooperation. A trade pattern of complementary advantages, intertwined interests and mutual benefit has taken shape as a result. 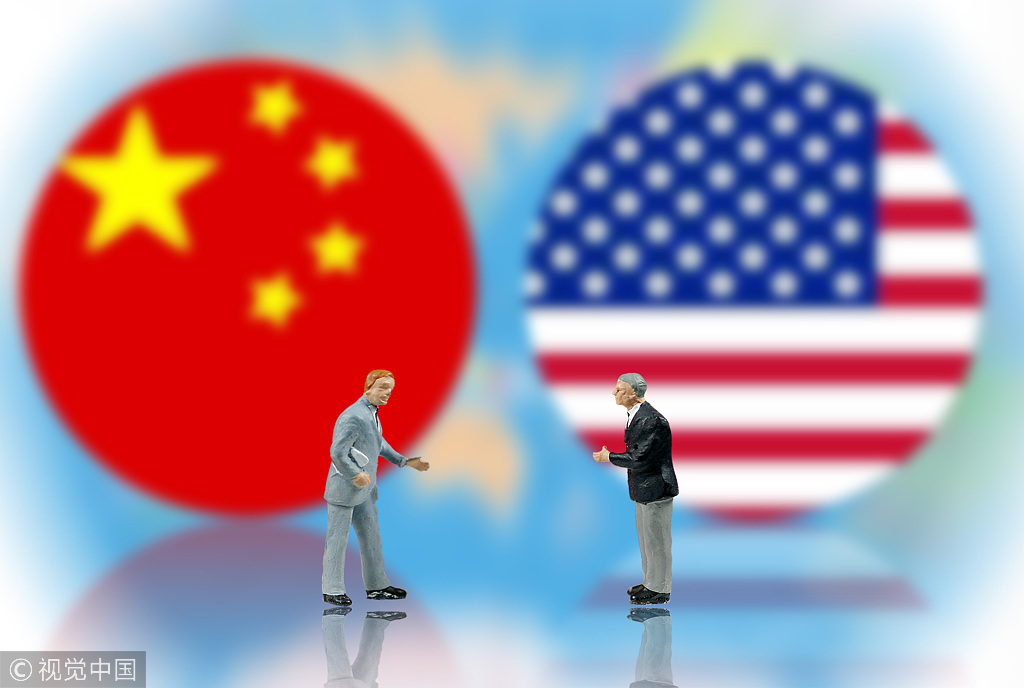 China-US economic and trade relations aim at mutual benefit and win-win results in essence, with the common interests far outweighing the differences. Given such backdrop, cooperation benefits both countries while confrontation can only hurt.

The trade war unilaterally launched by the US side not only poses a severe threat to bilateral economic and trade relations, but also exerts negative impacts on the world economy.

China and the US enjoy an all-round economic and trade cooperation. First of all, both sides are important trading partners of each other in goods. The US is the largest destination of China’s exported goods and the sixth largest source of China’s imports, with China's exports to the US making up 19 percent of its total.

In 2017, their two-way merchandise trade climbed to $583.7 billion, which was 233 times the figure in 1979 when the two countries established diplomatic relations.

China is the fastest growing market for American exports. Statistics from the UN shows that in 2017, the US exported goods worth $129.9 billion to China, increasing by 557 percentcompared with that in 2001. The growth rate was far more than the overall rate of the US’ global exports during the period, which stood at 112%.

Service trade is taking an increasingly bigger part in bilateral cooperation. According to the US statistics, bilateral trade in services increased from $24.94 billion in 2007 to $75.05 billion in 2017, in which the US service exports to China rose by 3.4 times from $13.14 billion to $57.63 billion, making the US the second largest service trading partner of China and China the second largest market for the US service exports.

The size of investment between China and the US is huge as well. In late 2017, US direct investment in China totaled more than $83 billion, while China’s investment in the US stood at about $67 billion. There were approximately 68,000 American companies in China.

Investing a lot in the US financial assets, China is the now the largest creditor of the US with holdings of more than $1 trillion US treasuries.

Many evidences can prove that China-US economic and trade cooperation is reciprocal. On one hand, bilateral cooperation has provided companies from both countries huge opportunities to share each other’s market dividends through exports or investments.

The US registered a service trade surplus of $55 billion with China in 2016, and many other American companies chose to enter the Chinese market through investment rather than exports.

Data from the US Bureau of Economic Analysis (BEA) revealed that American enterprises operating in China posted sales of $481.4 billion in 2015, $455.8 billion higher than the sales of their Chinese counterparts in the US, which stood at $25.6 billion.

Bilateral cooperation in economy and trade, on the other hand, has created a large quantity of job opportunities for the two countries. The US-China Business Council estimated that exports to China and two-way investment created 2.6 million jobs for the US in 2015.

Other researches also indicate that imported goods from China created about 4 million jobs for the downstream industries in the US.

What’s more, bilateral economic and trade collaboration has accelerated the upgrading of the industrial structure for both countries and provided their consumers with more cost-effective goods and services.

It’s an one-sided understanding for the US to attribute the trade imbalance to so-called “unfair practices” of China and conclude that it has “suffered a loss” from the economic and trade cooperation.

From the macroeconomic perspective, the reason for the US’ overall trade deficit lies in its lower savings rate and higher government deficits than the average level. In other words, the trade deficit facing the US is caused by its domestic economic structure and the US is domed to meet a trade deficit with China or other trading partners.

The changing comparative advantage and status of international division of labor is one reason behind the current imbalance between China and the US in merchandise trade.

Another reason that cannot be ignored is that the long-term restrictions imposed by the US on the export of high-tech products to China have weakened the competitiveness of American products in Chinese market to a certain extent.

The US statistical methods also lead to an overestimation of the imbalance in merchandise trade. In fact, China never deliberately pursues a trade surplus with the US and its current account has been basically balanced in recent years.

Both sides complement each other in economic and trade cooperation. China and the US, as the largest developing country and the largest developed nation respectively, differ in resources, developmentphases, industrial structure and status in international division of labor.

From the perspective of industrial competitiveness, US secured a significant trade surplus because of its highly competitive service industry, while China, as a big manufacturer, had a surplus in goods trade.

When coming to technology, if the US who is strongly competitive in high-tech industries lifts or reduces restrictions on high-tech exports to China, American technological products will see a soaring share in Chinese market.

In terms of natural resources, the US has a vast territory and abundant resources while China provides a huge market for the American agricultural and energy products such as natural gas.

The author, Long Guoqiang is Vice-President of Development Research Center (DRC) of the State Council.