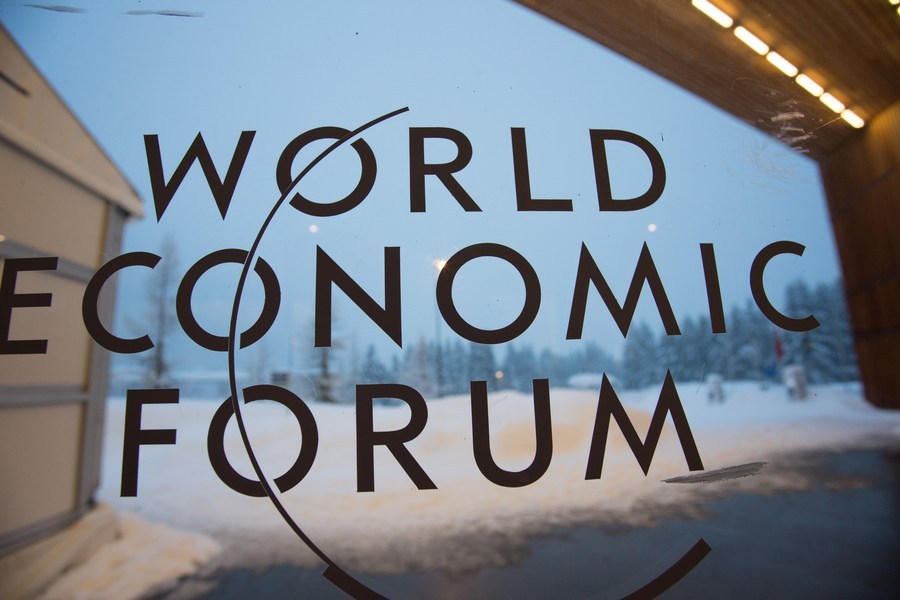 It's a common aspiration of the world that countries, especially major countries, shall uphold the spirit of partnership and work together to recover the global economy.

The World Economic Forum (WEF) Virtual Event of the Davos Agenda was recently held online with the theme "A Crucial Year to Rebuild Trust," where global political and business leaders, as well as heads of social organizations gathered to find remedies to the COVID-19 pandemic and downbeat economic data.

An uneven economic rebound can exacerbate the inequities in many countries, said the Global Risks Report 2021 recently issued by the WEF. The report believes that leadership and international cooperation are more important than ever in today's world.

In the era of economic globalization, countries' development is interwoven. No country is able to isolate itself from the rest of the world, and coordination and cooperation remain an inevitable choice. After the outbreak of the international financial crisis in 2008, the Group of 20 (G20), working together with the spirit of solidarity, steered the world economy away from a free fall and towards stability and recovery. It was viewed as a pioneering endeavor in the age of globalization where united efforts for win-win outcomes prevailed over division caused by selfish interest. Taking responsible measures, China played an important role in facilitating global recovery. Then US President Barack Obama noted that America needed China's support and cooperation to tide over the recession. Then US Treasury Secretary Henry Paulson also believed that cooperation was the only way to make a success in developing relations with China.

Since the pandemic broke out, China has effectively coordinated epidemic prevention and control and economic and social development. It was the first country to pick up economic growth, becoming an important engine driving global recovery. It was amid open cooperation that the country stood as the only major economy that secured positive economic growth. Last year, China's foreign trade of goods expanded 1.9 percent from a year ago, and its paid-in foreign direct investment also rose 6.2 percent. Bilateral trade between China and the US was up 8.8 percent in 2020. Most of the US companies are more optimistic about the Chinese market and are expanding investment in China, hoping to be a part of China's economic growth. These facts prove that the two countries share broad common interests and enjoy huge space for cooperation.

The true value of China-US cooperation is more prominent amid the current economic downturn. Last year, around 3,500 US firms filed lawsuits in the US Court of International Trade against the US government over its tariffs on China. The voice for cooperation with China in the American society surpassed that for decoupling.

According to a recent report by US-China Business Council (USCBC) and Oxford Economics, a significant decoupling of the world’s two largest economies could shrink US GDP by $1.6 trillion over the next five years and result in 732,000 fewer US jobs in 2022.

USCBC President Craig Allen said trading with China is conducive to US economy and employment and helps improve America's global competitiveness. US business experts and economic scholars are also calling for rebuilding US-China relations and prevent further decoupling of the two largest economies.

Chinese President Xi Jinping recently said that China's embarking upon the new journey of fully building a modern socialist country will provide broader space for enterprises from across the world, including Starbucks and other American companies, to develop in China. This important statement triggered high attention from the US society, which indicates that cooperation is a common aspiration of the two countries.

Opening-up is a fundamental national policy of China. By accelerating to build a new development paradigm, China aims to better connect the domestic and international markets and expand opening-up on a higher level, in broader fields and on a wider scope. It is foreseeable that as China continues improving the quality of its economic growth and opens wider to the outside world, global enterprises, including the ones from the US, will definitely enjoy more cooperation opportunities.

Major country responsibility is vital for promoting global recovery. China-US relationship is way beyond being bilateral. A sound relationship between the two countries will make the world more peaceful, stable and prosperous. At a critical moment when global economy is facing a severe situation with unstable and imbalanced recovery, the world is expecting China and the US to join hands to power the global economy.

American media outlets noted that to enhance cooperation with China is beneficial to US and even world economy. An editorial by Japanese news agency Mainichi Shimbun also pointed out that the recovery of cooperation between the two countries is of vital importance for the world when COVID-19 is further dividing the global community.

New opportunities for China-US economic cooperation do exist, and what's more important is whether they can be found and grasped. It is noteworthy that as long as the two countries once again make economic cooperation a stabilizer and ballast stone for their relations, eye on the bigger picture and long-term interests, and maintain healthy development of their economic ties, they can enhance the common wellbeing of their people and even the people in the rest of the world.