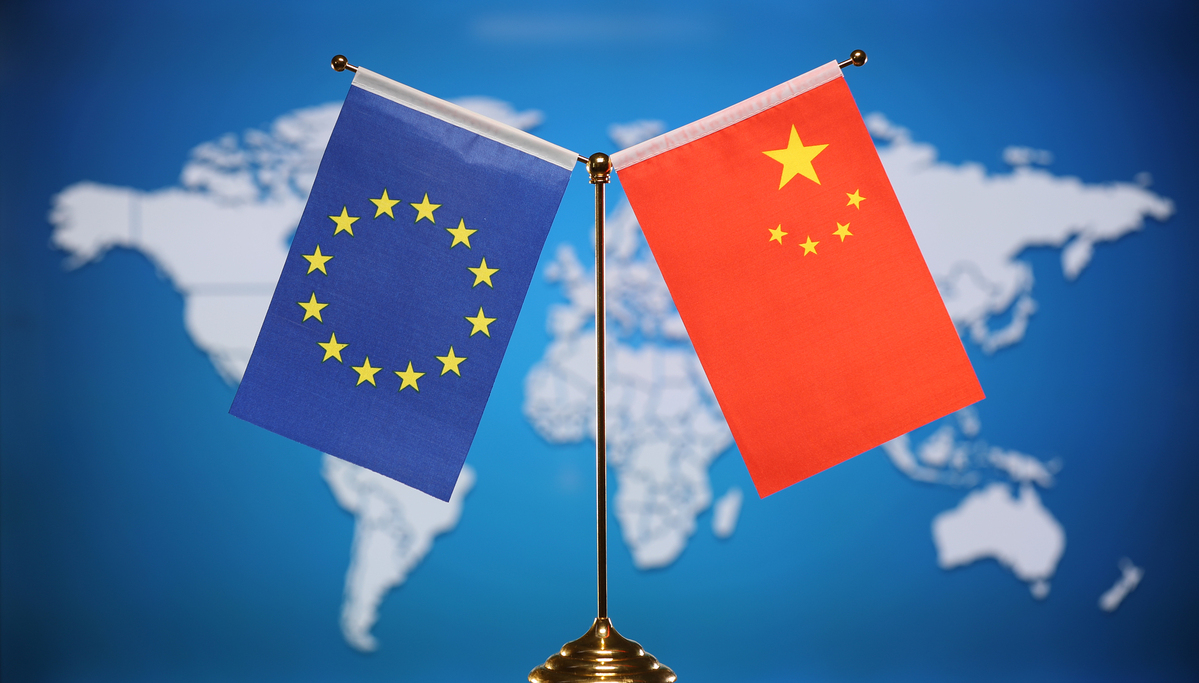 On July 19, the 9th China-EU High-Level Economic and Trade Dialogue, co-chaired by Chinese Vice-Premier Liu He and Executive Vice-President of the European Commission Valdis Dombrovskis, and attended by more than 20 ministerial-level officials, was successfully held.

Through pragmatic, frank and efficient discussions, the two sides reached a series of consensuses and deliverables on macro-economic policy coordination, cooperation on industry and supply chains, World Trade Organization reforms, further market opening-up, implementing the China-EU Agreement on Geographical Indications, animal and plant inspection and quarantine, two-way opening-up of the financial sector and regulatory cooperation, among others.

In a world undergoing profound changes, we believe healthy and stable China-EU relations, especially in the economic and trade realm, can help counter the uncertainty on the global economic stage, and will be conducive to global development and prosperity, particularly because the global economy faces multiple crises.

Also, in an effort to boost post-pandemic economic recovery, China and the EU need to maintain the stability of the global industry and supply chains, strengthen coordination and cooperation on COVID-19 pandemic control, and ensure the secure and smooth running of sea, air and land trade routes including the China Railway Express.

The dialogue also injected new impetus into China-EU cooperation. It has always been the common goal of China and the EU to safeguard the rules-based multilateral trading system with the WTO at its core.

At the meeting, the pledge to uphold unimpeded multilateral trade and advance financial cooperation was once again reiterated by the two sides. In the next stage, the two sides will work together to implement the outcomes of 12th WTO Ministerial Conference and continue to discuss the WTO reform road map and other important issues through dialogue mechanisms such as the China-EU Joint Working Group on WTO Reform.

On more concrete issues, to create a more favorable business environment, both sides will actively promote trade and investment liberalization and facilitation, promote fair competition, and better protect intellectual property rights. They will also further promote two-way opening-up and regulatory cooperation in the financial sector and welcome qualified financial institutions to invest in each other’s markets.

In fact, both sides agreed to strengthen cooperation on green finance and promote the use of and improve the Common Ground Taxonomy Table. They also welcomed the signing of the Memorandum of Understanding on Deepening Cooperation on Animal Health and Sanitary Matters, and the Memorandum of Understanding on Regulatory Cooperation on Shanghai Clearing House, and agreed to deepen exchanges and cooperation in relevant fields. To better meet the needs of the peoples in the two economies, China and the EU also agreed to release the second batch of GI list as soon as possible, and expand trade in agricultural products.

In the third decade of the 21st century, the world faces mounting challenges such as the COVID-19 pandemic, climate change, food crisis and the risk of economic recession. These are challenges which no economy is immune to. It’s shocking to see some people claiming that “EU-China engagement is useless” and promoting “EU-China economic and trade decoupling” efforts in such dire situation.

The good news is that, the successful convening of the 9th China-EU High-Level Economic and Trade Dialogue and its outcomes show that despite their differences, China and the EU still have space for cooperation. As major players in today’s world, the only right path forward for China and the EU is to focus on cooperation, manage their differences, and jointly address global challenges.

Going forward, the two sides should transform the spirit of the dialogue into practice, and promote the sustainable and healthy development of China-EU pragmatic cooperation on economy and trade.

First, we should remain committed to cooperation, rise above external interference and remove obstacles affecting further development of bilateral relations.

Second, we should strengthen communication and dialogue by making full use of existing mechanisms and creating new ones.

And third, we should focus on implementation. The working teams from both sides should maintain regular exchanges and close communication on implementing the consensuses reached by the leaders of both sides and the outcomes of the dialogue, and come up with a practical and concrete working plan as soon as possible.

The mission of the People’s Republic of China, the European Union and mine will be to maintain close contacts with relevant departments and make unremitting efforts to implement the consensuses reached at the dialogue.

The author is minister and head of the Economic and Commercial Office of the Chinese Mission to the European Union.