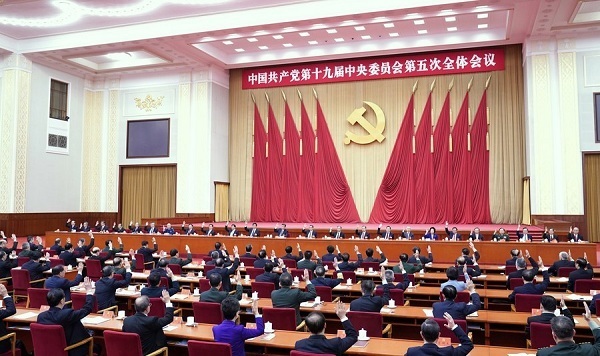 The Fifth Plenary Session of the 19th Central Committee of the Communist Party of China that concluded last week adopted the proposals of the 14th Five-Year Plan (2021-25) for National Economic and Social Development and the Long-Range Objectives Through the Year 2035.

The plenum said the country will optimize spatial distribution of land and advance regional development in a coordinated manner and a new type of urbanization while prioritizing agriculture for rural revitalization.

China has embarked on a new journey to build a modern socialist country in all respects, which means the country must adopt a systematic approach to promote coordinated development. It means the country aims to highlight key tasks and promote uniform progress across regions. Currently, greater policy coordination is needed to promote China's overall development, especially of the less-developed rural areas.

Agriculture is central to a country's food security. However, China's agricultural development faces challenges. Some food grains still need to be imported, emphasizing the need for developing more efficient seeds. The country should also promote agricultural supply-side structural reform and improve the quality, efficiency and competitiveness of agriculture.

The plenary session made rural construction an important part of China's socialist modernization drive. To ensure that rural areas are not left behind, the country should improve infrastructure there, improve the rural living environment, raise the scientific, technological and cultural quality of farmers and continuously increase their incomes.

Stressing on people-centered urbanization, the session set reasonable standards on the size, population density and spatial structure of cities to promote the coordinated development of large, medium-sized and small cities and towns.