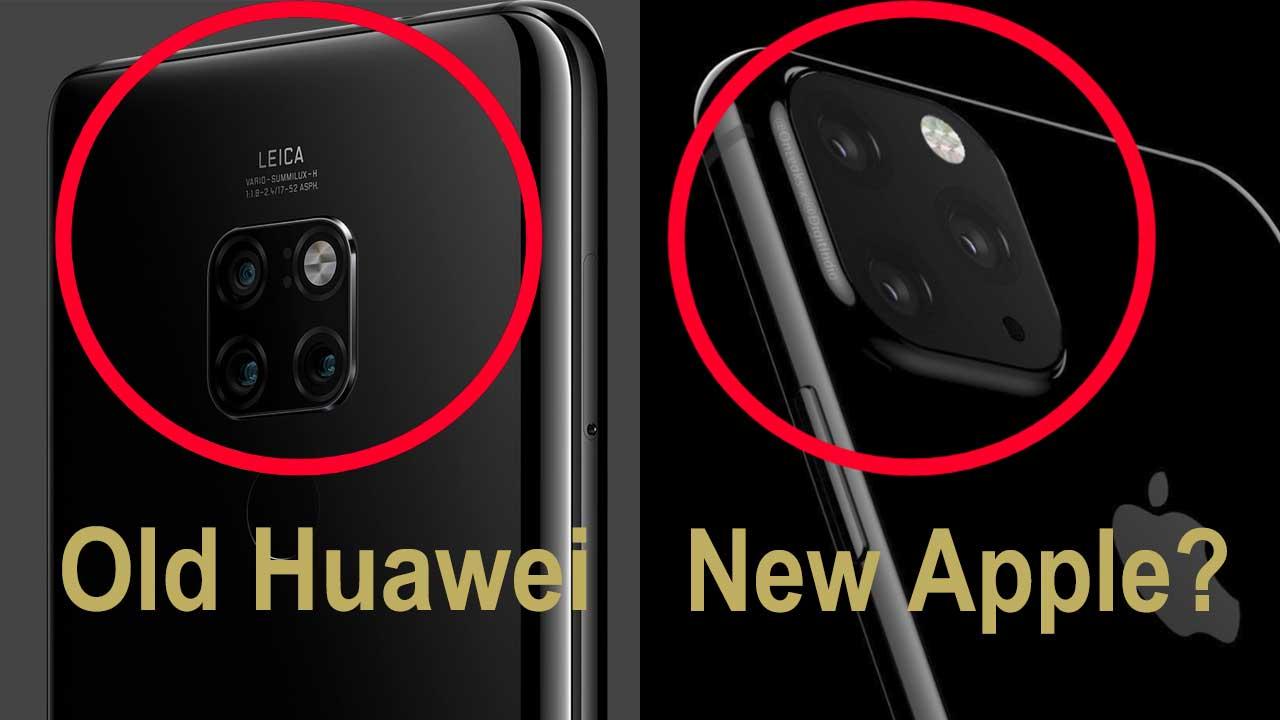 iPhone's future is in big trouble. The current XS models are not attractive enough to stop customers from switching to Huawei and Samsung, while the new "XI" models look like a bad copy of Huawei's last-generation Mate 20.

Apple is lagging behind

iPhone's market share is being taken away by Huawei and Samsung in volumes, according to data from the International Data Corporation (IDC).

The IDC found "a staggering 30.2 percent decline" in iPhone 2019 Q1 shipments compared to the same period last year. And looking at the graph they provided, you can clearly see most of the lost shares went to Huawei and Samsung.

After the bite on Apple's market share, Huawei is now the world's second largest smartphone maker after Samsung, according to the IDC.

Why is Apple losing to rivals?

Look around the smartphone market and you will soon realize Apple is one of the few brands that still sells a dual-camera flagship.

Apple knows this disadvantage and is trying to catch up. As seen from the latest leaks of "iPhone XI," Apple will also mount at least three cameras on the back of the phone.

But the layout of the cameras look much like Huawei's Mate 20, a phone that‘s been selling for more than half a year.

What's worse, the US phone giant positioned the cameras on the top-left corner just like the iPhone X, breaking the balance of the phone's design by emphasizing too much on this single corner. You can see the leaked design in the top photo.

Lots of Apple fans are already complaining about the strange design even though the phone is not announced yet.

It's hard to say if additional cameras can help Apple win the next round of the smartphone battle because Huawei has been diving deep into the algorithms behind multi-camera phones. Huawei's latest P30 Pro can zoom up 50 times and even take a rather clear shot of the moon. That's not something Apple can copy in a day.

Copying Huawei features is not a way out for Apple, because some cutting-edge technologies are not available to it. And 5G is one of them.

Apple cannot make a 5G smartphone by itself until 2021. The company used to rely on Qualcomm and Intel to let iPhones have signal bars.

But Intel has announced to quit the signal chip business and Qualcomm is making Apple bleed money after the two companies settled their court cases.

Huawei can also make 5G signal chips. But the US is using political pressureto bar Huawei parts from entering the country. If Apple puts Huawei 5G chips in iPhones, chances are they'll get banned in their own land.

Accredited Apple analysts like KGI's Kuo Ming-Chi have denied the possibility of a 5G iPhone in 2019. So at the beginning of 5G, Apple will be absent.

What can Apple do?

Apple has long been relying on new technologies to make iPhones seem magical and attractive. But latest phone tech is absent from the US phone maker.

Introducing a second 5G chip supplieris also on the list. Analysts are suspecting Samsung to be the next company to help Apple building a 5G iPhone.

As Apple shifts focus from hardware to content, it's also possible that they produce some really great videos and games to persuade users to settle for a less cool phone.

Apple's "archenemy" Microsoft has become the second trillion-dollar company without a working smartphone system. The Cupertino company really needs to come out with something new to get the users back.