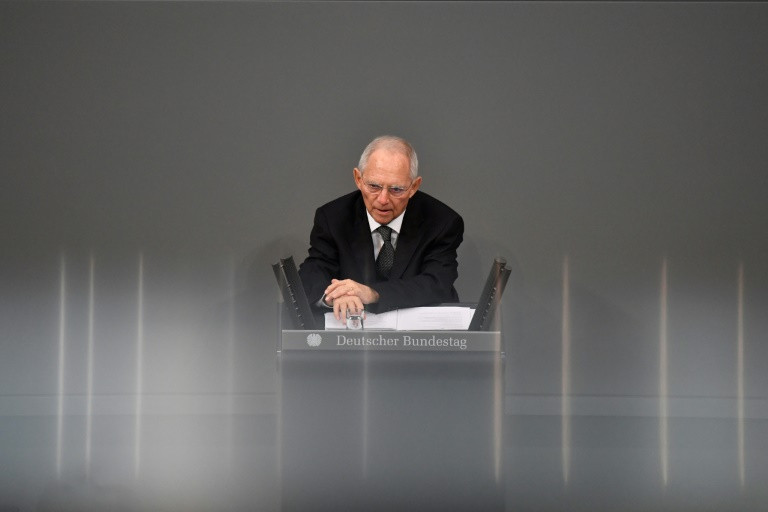 Wolfgang Schaeuble, now president of the Bundestag, ruled the finance ministry with an iron rod for eight years

With the German finance ministry set to come under control of the centre-left Social Democratic Party under a coalition deal struck with Chancellor Angela Merkel Wednesday, some observers hope the move could lead to a softening of the harsh face of austerity in Europe.

After eight years under the iron rule of Merkel ally Wolfgang Schaeuble -- revered at home for his balanced budgets policy and reviled abroad as the personification of EU-wide austerity -- the change of leadership could herald a new beginning.

"After many years of Schaeuble, who almost became an institution, many will find it hard that (the conservative Christian Democratic Union) does not hold the finance ministry," Merkel told a press conference.

But change has been in the air in Europe since French President Emmanuel Macron swept to power on a platform of reforming the European Union and 19-nation euro single currency.

Top of Macron's wish-list is a joint budget for the eurozone managed by a European finance minister, demands that have put off Germans leery of finding themselves in a "transfer union" with neighbours they see as spendthrifts, like Italy or Greece.

Although the prospective coalition partners have agreed in principle to contributing more to the EU budget and to engaging with France on reforms, it is not clear how strongly they would back Macron.

"With the SPD in charge of finance, we could progress towards a quick agreement on the most believable areas" of reform, said analyst Frederik Ducrozet of Geneva-based Pictet bank.

Those could include completing the "banking union" -- meant to create a more uniform, more resilient banking sector across the eurozone -- and upgrading the hastily-assembled European Stability Mechanism into a full-fledged European Monetary Fund to lend to stricken states.

Nevertheless, a draft of the coalition deal seen by AFP insists that the EU's Maastricht economic criteria -- including strict rules on debts and deficits -- will remain Berlin's "compass" into the future.

While it is unlikely that an SPD finance minister would suggest a country leave the eurozone -- as Schaeuble did in 2015, saying Greece's departure "could perhaps be a better way" than new cash injections -- there will be little change in substance. 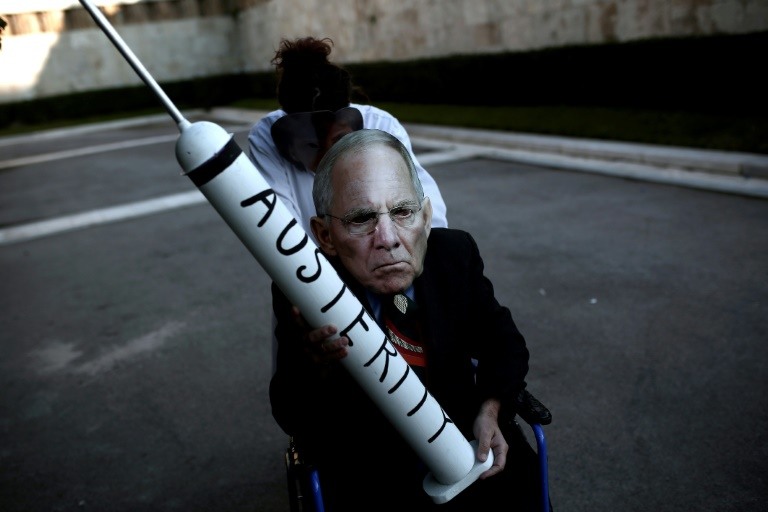 For many Greeks, Schaeuble came to personify harshness of the EU's austerity policies

The insistence on Maastricht may especially grate with Greeks, who in 2015 waved placards showing Schaeuble in Nazi uniform or his wheelchair-bound silhouette hanging from a gallows as EU ministers forced massive austerity on Athens in exchange for bailouts.

- Muddling through at home -

Partners in capitals from Paris to Washington and international economic organisations have urged Germany for years to support its own and neighbours' growth by boosting spending.

State income is expected to outweigh spending until 2021 according to current fiscal plans.

Investments, particularly in transport and digital infrastructure, would "improve prosperity, helping to offset the costs of an ageing society" that will bite in the coming years as a massive baby boomer generation is pensioned off, she said. 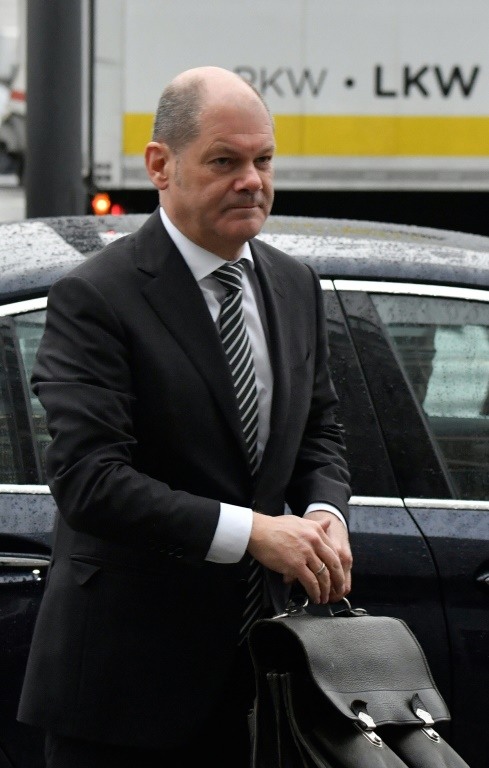 Hamburg's mayor SPD politician, Olaf Scholz, is seen as a possible candidate to take over in the finance ministry

But the head of the German central bank or Bundesbank, Jens Weidmann, summed up much of the political class' response to such calls by insisting the state should "maintain a safety margin" on spending.

The popularity of the balanced-budget policy is such that it would be difficult for any politician to abandon it.

That is especially true of the man reportedly pushed by the SPD for the finance job, the popular mayor of northern port city Hamburg, Olaf Scholz.

A pro-business centrist, Scholz has often been eyed as a potential SPD chancellor candidate and would be unlikely to damage his own chances with freer spending policies that could upset financially conservative voters.

"He is a realist... within the SPD, probably the closest to ex-finance minister Schaeuble," Berenberg Bank analyst Florian Hense noted.

"Although the parties have expressed ambitions for a programme to modernise the economy, we do not expect much progress."