OPINIONS Countries should not get sucked into Washington's double-dealing game: China Daily editorial

Countries should not get sucked into Washington's double-dealing game: China Daily editorial 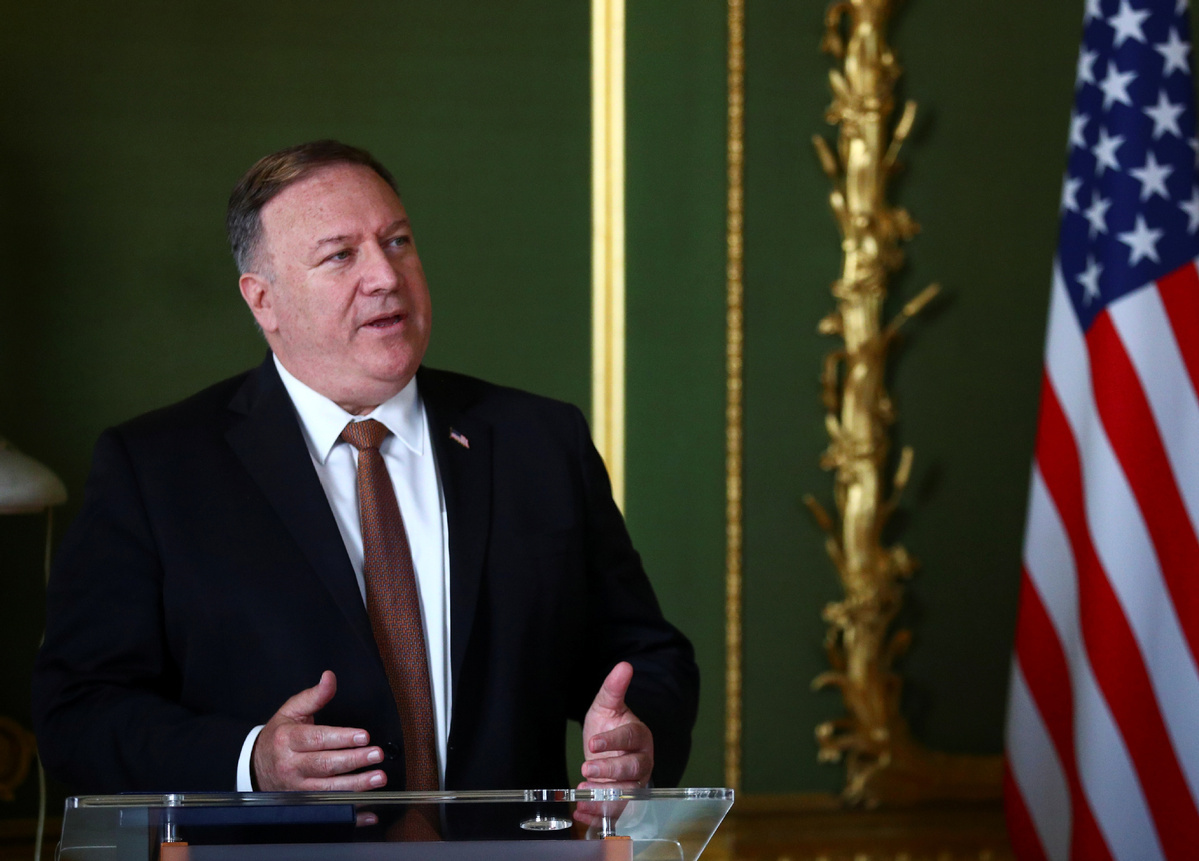 US Secretary of State Mike Pompeo made London a rostrum for the United States' anti-China message on Wednesday. Standing socially distanced from United Kingdom Foreign Secretary Dominic Raab in their meeting with the media, he urged like-minded nations to "push back" against what he called China's "threatening behavior".

Apart from shamelessly using the novel coronavirus outbreak to stigmatize China, brazenly wagging his tongue on China's internal affairs, openly sowing discord between China and its neighbors, and unabashedly lying on nonexistent technological threats from China, he even had the audacity to assert that the US administration is still seeking a fair and reciprocal relationship with China, as the US president once claimed during the height of the trade war his administration launched against China.

This claim of amicableness came despite the US' leading flibbertigibbet on everything Chinese saying that his country hopes like-minded nations can build a "coalition" against China.

Clearly there is a precondition for that fair and reciprocal relationship. It has to be founded on the acceptance of "America first", rather than on an equal footing.

That said, what has really made China a thorn in the US' side, as both Pompeo and Vice-President Mike Pence have admitted, is that after 40 years of engagement China has not become "a country like the US".

So now the US is seeking to leverage the differences in pursuit of its anti-China coalition. To this purpose, it is the Communist Party of China that has become the focus of its "evil empire" narrative.

But it is this stratagem that has made it so difficult for the US to marshal even its allies to form a united front against China, as none of the countries is willing to wager their future on the current US administration's vision and caliber, and they are well aware of the achievements China has made under the leadership of the CPC, and how the world can continue to benefit from China's development.

History indicates that whenever the US has tried to justify a crusade by holding high the banners of freedom and democracy, it lacked any self-awareness, and will readily trample them underfoot in pursuit of its grail.

Sure, Washington has reaped reciprocity, but only in Beijing's tit-for-tat countermeasures against its provocations. It will see more if it continues to stoop to new lows to carry on its dead-end game.

Although, as Chinese Ambassador to the US Cui Tiankai told the media on Monday, "We still have confidence in the goodwill of the American people, and we have the same kind of goodwill toward the American people," the fact that Beijing has not taken the initiative to escalate the already tense relations, and vowed it will not do so even in the future, should not be viewed as a sign of weakness. Rather a demonstration of restraint and foresight for the common good, and the hope that Washington will come to its senses.