OPINIONS Countries to find US telecoms promises are bounced checks

Countries to find US telecoms promises are bounced checks 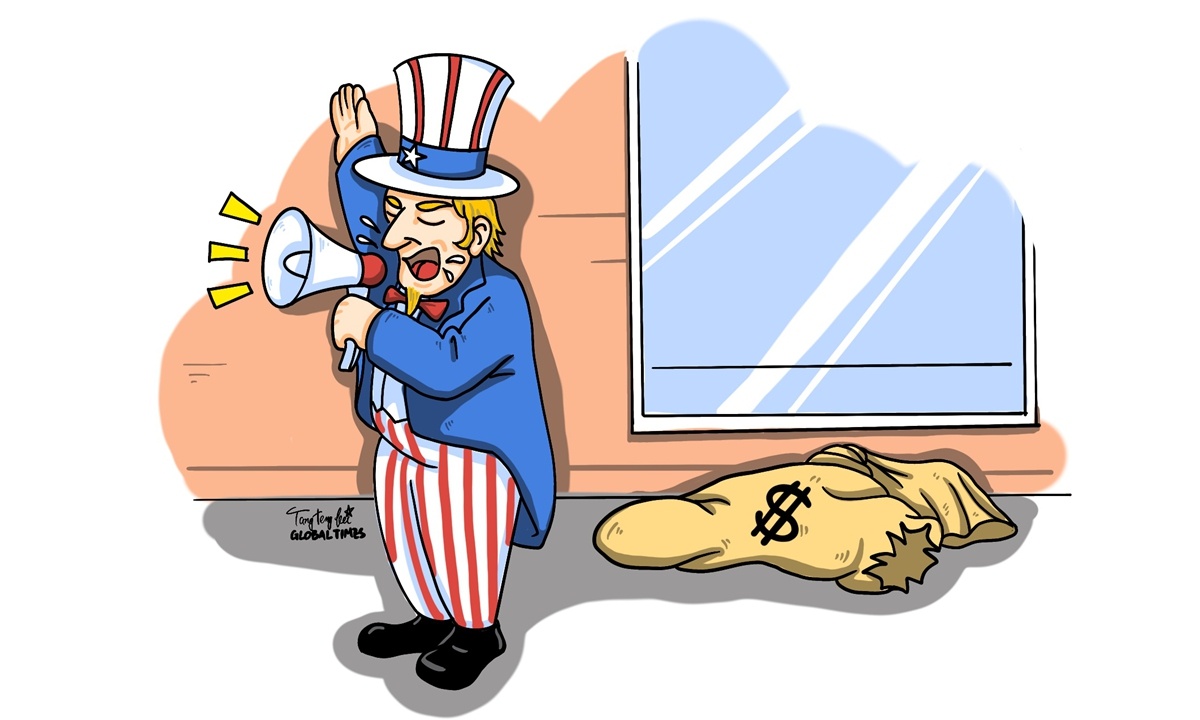 In order to further assault Chinese telecom producers Huawei and ZTE, the US has come up with a new idea to lure developing countries away from using equipment of these Chinese companies by offering them loans and other financing, according to media reports.

Although certain countries may be forced to respond to Washington's pressure, there is serious doubt about how far the US' new ill-intended campaign will go. Aside from whether the loans or other financing could really be provided, since the US economy itself is under mounting pressure amid the COVID-19 pandemic, there are many other barriers and uncertainties standing in the way of the US' seemingly grand plan to extend its approach to developing countries.

The latest plan is led by the US Agency for International Development, which is known more for providing food assistance than technology, according to a report by the Wall Street Journal.

It is not the first time that the US has attempted to lure other countries or regions into cutting cooperation with Huawei or other Chinese telecom suppliers. Essentially, it is in line with the US' long-term strategy to stifle the development of Chinese tech companies.

Targeting Chinese telecom producers, the Trump administration has rolled a so-called Clean Network program, trying to squeeze Chinese firms out of the market.

For years, officials of the Trump administration have been tirelessly flying around the world to persuade mainly US allies and some European countries to cut ties with Chinese 5G technologies. However, after long efforts, Washington did not even achieve a united front within the Five Eyes alliance.

And it is certainly not going to be easy for it to include the large number of developing countries into its anti-China clique. Even though financing may not be the most critical problem, those countries will need alternative 5G suppliers, which the US can't offer, especially when Chinese producers provide highly competitive goods and services.

For instance, Huawei reportedly has about 70 percent of the 4G market in Africa. Replacing the company will bring huge costs and may cause objections from local companies. Moreover, Huawei contributed 12.8 billion euros ($15.1 billion) to the European economy in 2018, double that of 2014. That figure was higher than the GDP of Malta, according to Chinese news site guancha.cn.

The US has used many of its departments to jointly attack Huawei, from putting it on a trade blacklist to stigmatizing the company as presenting a security issue, which has never been proved, and threatening other countries to cut ties with Huawei.

Despite the comprehensive bullying, Huawei recorded revenue of 454 billion yuan ($68 billion) in the first half of the year, growing 13.1 percent year-on-year. With massive investment in research and development, the company has survived the US hegemony and maintained its role as a 5G frontrunner around the world.

According to the World Intellectual Property Organization, Huawei, for the third consecutive year, became the top filer of international patents in 2019, with 4,411 published Patent Cooperation Treaty applications.

The article was compiled based on an interview with Song Guoyou, deputy director of the Center for American Studies at Fudan University.