OPINIONS COVID-19 may have thrown the world into turmoil, but Brexit negotiations aren't changing course

COVID-19 may have thrown the world into turmoil, but Brexit negotiations aren't changing course 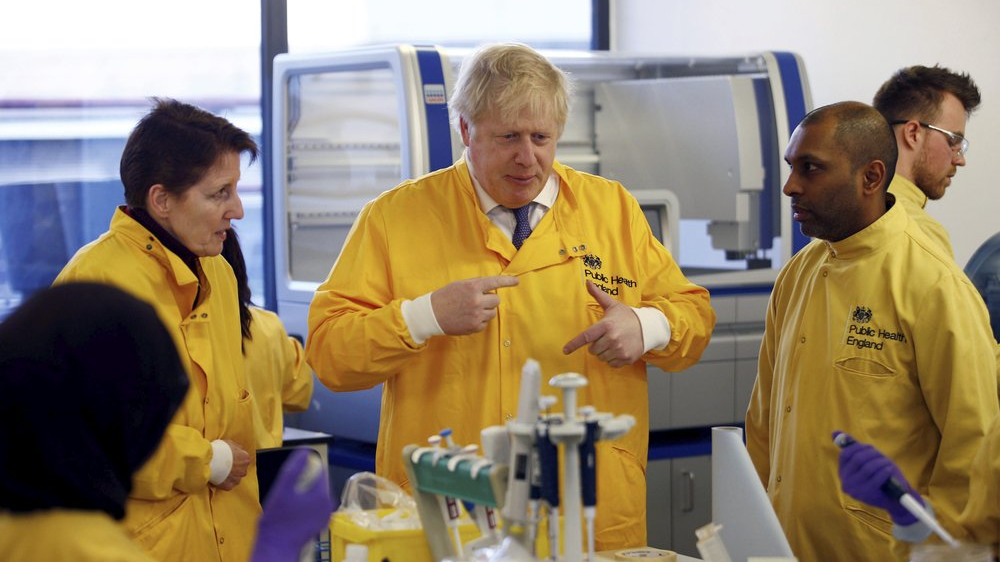 For four years, the UK's media had one single obsession: the question of Brexit. Having lived and breathed every possible permutation and consequence since months before the referendum, it has become the Cinderella issue – the forgotten issue – of European politics.

The UK's prime minister lies in intensive care in hospital; both the British and European Union chief negotiators have also contracted the virus. Planned negotiating rounds have been postponed, with both sides using the time to study each other's legal texts in great detail. Meanwhile the European Union's focus is elsewhere: Italian populists blame the European Union, while alarm bells are set off by the authoritarian powers which Hungary's government has claimed for itself.

Yet the clock is still ticking. The UK may have formally left the European Union in January, but it is the end of the transition period at the end of December 2020 that is the real deadline. The British government, so desperate to avoid any further prolongation of an issue which it wants to be settled so that it can move on, legislated to prevent itself from extending that deadline. It could, of course, reverse that decision through passing another law – but to do so would be to lose face.

If the British government had one thing going for it in the fight against the COVID-19 virus, it was that it had a strong understanding of the supply chains underpinning the functioning of the economy. That had been the bedrock of its no-deal planning strategy.

Amidst all the chaos, the UK and EU sides have substantial flexibility in negotiations. If they were to extend the transition period by a few months, few would be able to complain given the uniquely challenging situation the whole world now finds itself in.

I don't sense any particular desire for either side to change course with regard to the Brexit negotiations. A month ago, there was a row in the UK over an apparent decision not to participate in the EU's Pandemic Early Warning System after the end of 2020. The issue is important, but whether co-operation is formal or informal, co-operation will still continue. Nor did the British government even rule it out: it simply wasn't a priority in negotiations.

If the British government were seeking an excuse to fundamentally change their Brexit strategy, they have been given that excuse. I don't believe that to be the case: Brexiteers and Remainers alike have not changed their fundamental beliefs. There was no question of any reluctance on the government's part to follow the strategy that it chose after the general election, and the UK's negotiating priorities are crystal-clear.

I don't believe the British government wants to change course. It appointed a Brexiteer, David Frost, to lead negotiations on its behalf. As prime minister, Boris Johnson has repeatedly staked his reputation on delivering a clean Brexit. Under the current circumstances, inertia (if nothing else) will lead to the UK's strategy continuing almost unchanged. With Boris Johnson himself incapacitated, there is no political bandwidth for any meaningful change in direction.

Across the world, national governments have seen a rise in popularity. This is not a peculiarly British trait, nor is it a European one: at a time of crisis, people tend to respond by supporting their leaders. Such support, however, can be short-lived. The British admiration for Winston Churchill's role in World War Two did not stop them from voting him out of office after the war ended. To put it another way, there is no appetite for the instability of changing government during a crisis – but that protection only lasts during the crisis, and does not carry sufficient weight to counteract hindsight.

Across Europe, governments may well face a backlash later in the year. That could extend to the European Union itself; already, there seems to have been an increase in anti-EU sentiment in Italy and Spain. In the UK, so long as Boris Johnson is in charge, I suspect that the government will be more resilient: not only does it enjoy a large Parliamentary majority guaranteed until late 2024, Boris Johnson will be treated sympathetically by the British people after risking his life by continuing to work from home despite being seriously ill with the virus.

Everything, it seems, is changing in politics and our perceptions of the world. I'm far from convinced that it will change anything with regard to Brexit: there is no massive political will for either side to alter its negotiating strategy.