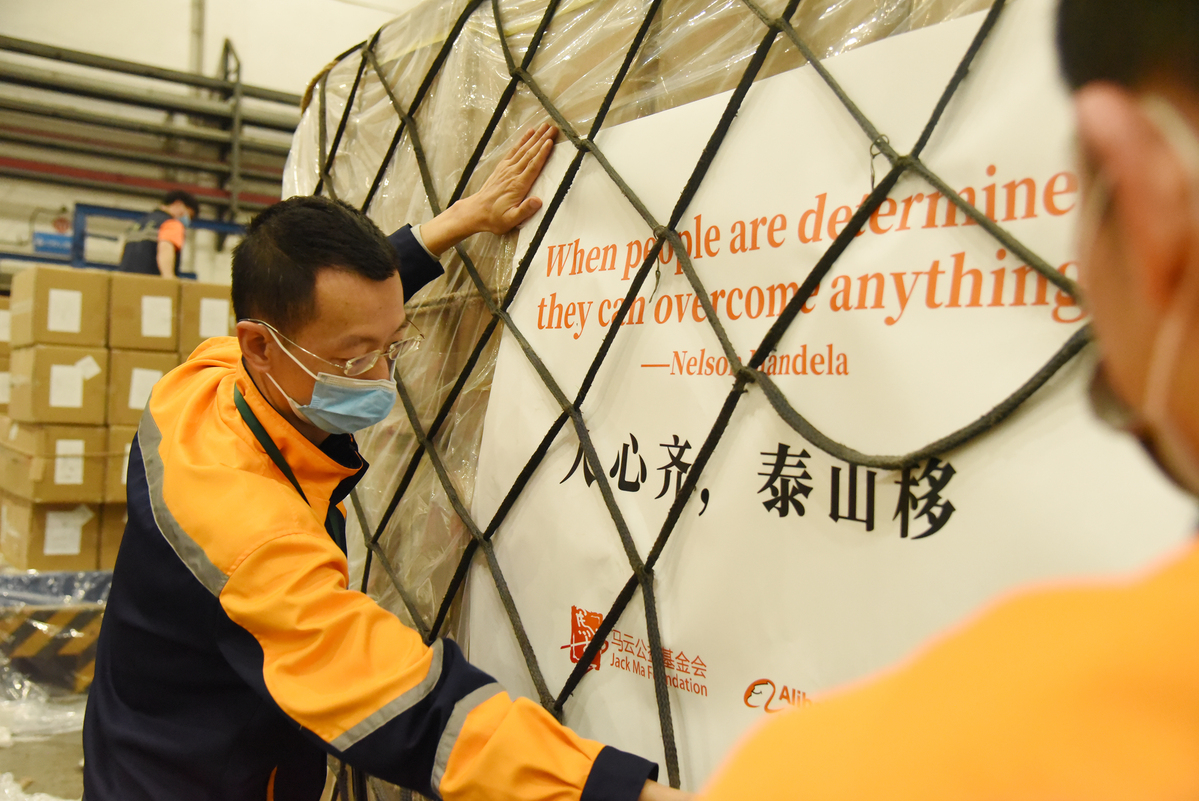 In 1971, just a moment after the United Nation voted to identify the People Republic of China, African delegation danced and celebrated that Beijing won. Since then, China and Africa have been good friends and partners with long-standing solidarity and cooperation.

Over the past 60 years since the People’s Republic of China was founded in 1949, China has been steadfast and committed to the relationship and the Chinese and African people have stood together through thick and thin. Such an important long-standing friendship is just a piece of history that has made a clear and unbreakable foundation of China-Africa cooperation as well as the source of robust vitality for a China-Africa community with a shared future.

While the COVID-19 outbreak might trigger a rethink on the recent form of globalization, COVID-19 shows also that folks around the world are part of a global community when combating against a common threat. So, the outbreak is yet another sober reminder that in the age of globalization, the Chinese and African people have to stand in solidarity to support each other as well as to recognize that the future of their relationship is closely linked.

No wonder when the COVID-19 broke out, most African nations chose to stand in solidarity with China. The majority of the nations even chose not to evacuate their citizens from China.

Ethiopian Airlines kept flying to China when all the major airlines stopped. In fact, Ethiopian Airline provided a lot of medical supplies to China during the time. Nowadays, as the COVID-19 outbreak spreads across the continent of Africa and African nations struggle to respond to the pandemic, China has positioned itself as an Africa benefactor and a reliable friend.

At one level, China is reciprocating assistance it received; this is because it is China’s traditional virtue to repay kindness with greater kindness. This is in line with the Confucian saying: “You throw a peach to me, and I offer you a complete jade for friendship”. The reciprocal support is deep in the cultural DNA of the Chinese folks as well as an inevitable choice in the pursuit of a community of shared future and a signal that China-Africa cooperation is growing on an equal footing.

With that said, the challenge of the coronavirus and its worldwide spread has fundamentally challenged the humanity’s imagination that we are all connected to one another and that all nations can enhance common well-being and safeguard mankind’s common future.

It has also challenged the humanity’s imagination to rise above the particularisms of national, racial, ethnic, religious and even the level of development exclusiveness to the inclusiveness of common humanity. Therefore, the Chinese and African people must stand as a community and know that in the battle against coronavirus epidemic we are all in the same train since the pandemic knows no national borders.

China is ready to work with African leaders to address these challenges. China and African nations support the core role of the United Nation (UN) and the World Health Organization (WHO) in responding to health emergencies and in improving the global public health governance system. Notably, in China-Africa relations, public health matters should be moved up on the Forum of China-Africa Cooperation (FOCAC) agenda. Major health projects should be implemented and a health Silk Road taken forward.

At this critical moment, building a community with shared future is for us to come together as one people and as one race to jointly save lives, show solidarity as well as protect the most vulnerable without blame game. It should be a time when the Chinese and African people require global solidarity to fight this essential battle.

The author is executive director of the Center for Nigerian Studies at the Institute of African Studies, Zhejiang Normal University.