COVID-19 should not stop the conversation on HIV and AIDS 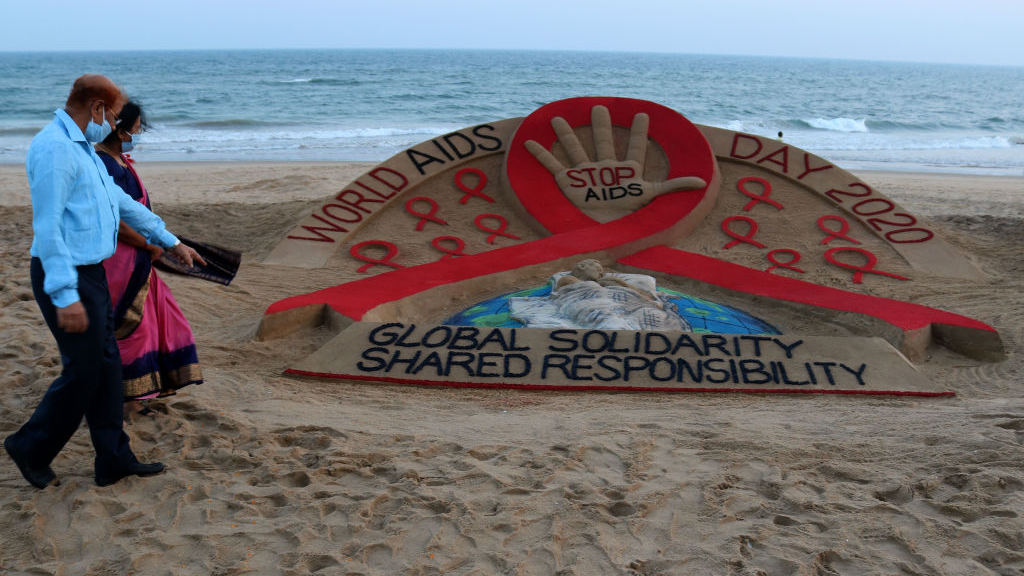 Today is World AIDS Day. While the day has been marked for about two decades now, this year the occasion takes a totally different meaning and renewed significance. The emergence of the devastating COVID-19 pandemic early this year is threatening to overshadow the damage caused by another virus, the human immunodeficiency virus (HIV).

According to the U.S. Department of Health and Human Services, HIV is a virus that attacks cells that help the body fight infection, making a person more vulnerable to other infections and diseases. The virus is spread through contact with certain bodily fluids of a person with HIV, usually through unprotected sex or sharing of injection needles, and even kissing.

According to the Joint United Nations Program on HIV and AIDS, UNAIDS, there were 690,000 AIDS-related deaths and 1.7 million new HIV infections in 2019 globally. Of the current 38 million people living with HIV in the world, 25.4 million people are now on treatment, leaving the remainder at a high risk of succumbing to AIDS.

Amid conspiracy theories that have circulated since HIV became a global epidemic, the mystery of the origins of the disease still persists. For instance, there are those who cheekily say the virus was an American invention for discouraging sex, thus the AIDS acronym.

Anyway, health experts are trying to see what lessons learned in the response to HIV and AIDS can be applied in fighting COVID-19. But to get there, it is important to look at the similarities and differences between the two pandemics.

There is a lot of stigma facing those who get infected by both maladies. At the height of the HIV epidemic a decade ago, those infected were seen as social outcasts, especially because of the association of the disease with sexual indulgence. Often people even shunned their close family members diagnosed with HIV for fear of infection through sharing of food, utensils and sanitary facilities, scarring them emotionally for life. In fact, 21 percent of the 38 million people living with HIV do not know their status.

COVID-19 sufferers are increasingly suffering the same fate, with some members of the community also shunning them for fear of contamination. In countries like Kenya, health authorities have raised the red flag warning that stigma is hampering the war against the pandemic as patients fear seeking treatment. Moreover, and just like in the case of the HIV contagion, few people are willing to go for testing and diagnosis for fear of being rejected. 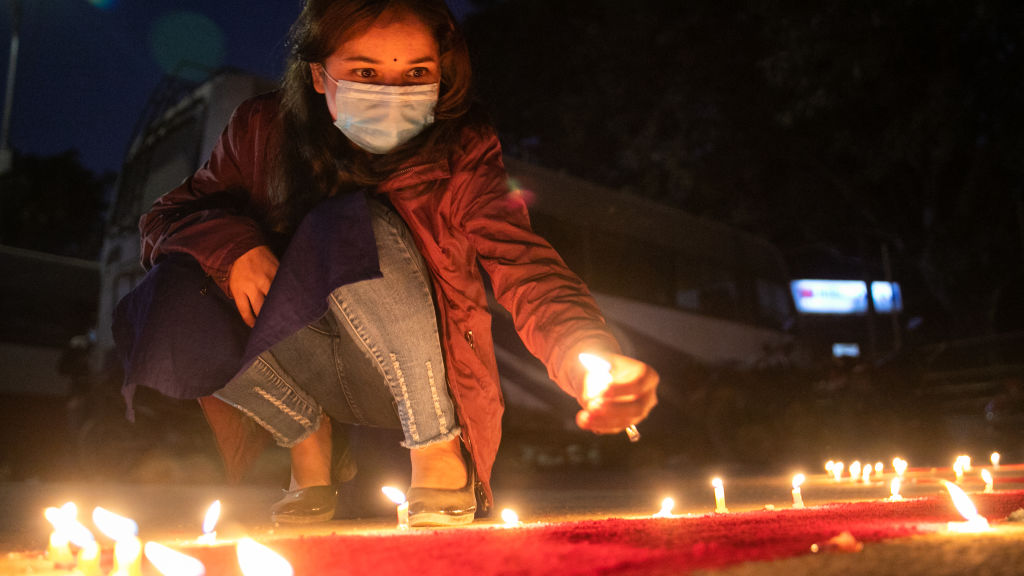 A woman from Maiti Nepal, a rehabilitation and orphanage home for HIV-affected children, women, and victims of trafficking, lights candles forming a red ribbon (recognized symbol for AIDS awareness) as she prays for those who lost their lives due to HIV/AIDS, on the eve of World AIDS Day, November 30, 2020. (Photo: Getty)

Incidentally, the fatality rate for both diseases is higher among men, a fact that has been blamed on men's predisposition to risk taking and their reluctance to seek medical attention when necessary.

But unlike HIV, which killed millions of patients before effective care and treatment therapies were discovered, COVID-19 has been tackled with utmost urgency. Even more dumbfounding is the speed at which vaccines are being developed, a process that usually takes years. Suffice it to say that there is still no vaccine for HIV.

There is also a perception that unlike HIV which ravaged the developing world more, COVID-19 is a disease mainly ravaging the developed world. Well, a profile of the regions where both diseases have a high prevalence and death rate seems to support this contention.

Data from the Johns Hopkins Coronavirus Resource Center on November 30 showed that the U.S. had 63,029,075 COVID-19 confirmed cases and 267,306 deaths. This is way above Africa, which according to current data by the Africa Centers for Disease Control has 2,163,284 COVID-19 cases and 51,708 deaths. The number of people living with HIV in 2017 in sub-Saharan Africa was 25.7 million compared with 2.2 million in the U.S. and European Union.

The means of prevention for each pandemic is different. For HIV, one simply has to ensure they do not engage in unprotected sex or get into direct contact with virus-carrying body fluids through broken skin or orifices with mucous membranes. For COVID-19, one may not be too careful all time as the virus is both airborne and can also be picked from contaminated surfaces.

With COVID-19, it is easy to forget that HIV still continues to wreak havoc in many countries around the world. According to modeling conducted by UNAIDS and the World Health Organization (WHO), the six-month disruption to the medical supply chain caused by COVID-19 could result in an additional 500,000 AIDS-related deaths in sub-Saharan Africa alone by the end of 2021.

While remarkable progress has been made toward eradicating HIV, a lot more still needs to be done. It is now time for the whole world to come together and focus on this task by producing a vaccine to stop new infections, and a cure for those who are living with the disease. The effort being put into stopping COVID-19 shows that it is possible.