OPINIONS COVID19: Is the world on pause or fast-forward?

COVID19: Is the world on pause or fast-forward? 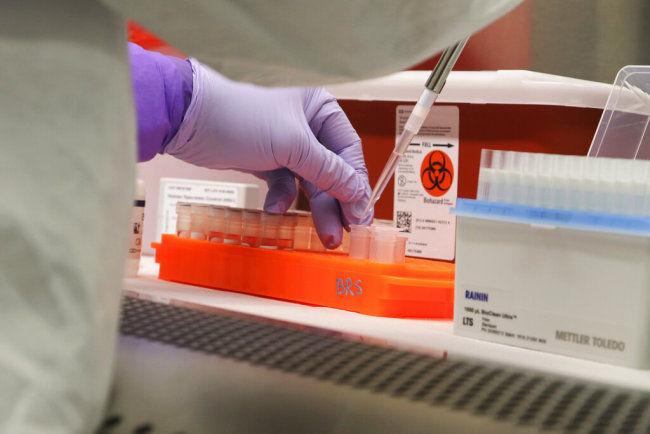 The current crisis has turned the international status quo on its head. Global supply chains are disrupted, border security is increased, and tensions are high between traditional allies in the West. Amid growing concern over political instability and the rise of xenophobic, political extremism at home, the United States has focused instead on attacking international institutions, arrangements, and foreign powers. At its heart, The Trump administration's "America First" doctrine is an abdication of global leadership and total abandonment of multilateralism during a crisis where global cooperation is desperately needed, opting instead to go on the attack; of no surprise, China is the primary focus of criticism.

Now, does the paragraph above describe the world as it currently reels from the COVID19 epidemic, or can we apply it to nearly every global issue the Trump administration has tackled since 2016? Take Washington's approach to climate change, technology, trade, or public health, and a simple formula emerges; betray allies, back out of international agreements, and isolate China. With this in mind, the present trends are not so much a new development but rather an acceleration of existing trends. The world isn't on pause, it's on fast-forward.

However, COVID19 does present a new challenge for liberal democracies from Europe to Canada; while these countries are already grappling with Washington's commitment to sacrificing the liberal world order on the altar of Cold-War containment, they must also face the reckoning that many Asian actors have simply done a better job of managing the pandemic.

From Beijing to Seoul to Singapore, governments have demonstrated a greater willingness to enforce strict measures to contain the spread of COVID19. Early adoption of contact tracing, restriction of movement, and elaborate state surveillance infrastructure allowed these places to work effectively to limit and contain outbreaks. Society was effectively mobilized to wear masks, stay home, and adapt to new means of study, work and leisure. Existing trends in technological leapfrogging and longstanding all-in approach from governments on things like e-commerce, e-health, and more left these communities better prepared to mobilize overnight against the virus.

And so when we look at patient-zero politics and the surprising appetite for "holding China accountable" in the United States despite spurious evidence, we must keep in mind that it is fundamentally difficult – perhaps unimaginable to some – that the West simply wasn't the best on this one. It's not just "how did this happen," but also "how could this happen?" This helps explain the contradictory nature of so many criticisms leveled at China; for hawks in the West, Beijing is somehow both pulling all the strings and also totally incompetent. When fundamental worldviews are challenged, cognitive dissonance abounds.

Of course, the real answer is simple: mountains of literature from the scientific community over the last few decades warned that a pandemic like this would emerge at some point (and will again), that the risk and danger were distributed globally, and that while prevention was impossible, preparation was necessary to lives - preparation that simply didn't happen.

And so for liberal democracies, most of which have enacted a level of emergency measures usually reserved for wartime, the question becomes how to reconcile centralization and sustain control with systems traditionally designed to thrive on freedom, individualism, and a certain level of chaos. With the exception of a few, populations in these countries have largely accepted emergencies measures for now, but a larger conversation is underway about how resiliency can be built into these societies without trading away too much of what ideologically defines them. This can be seen in the debate over contact tracing - effective but anathema to communities where individual privacy is paramount.

Options abound, many of which include perhaps overdue expansion of government programs, such as expanding sick leave or even experimenting with Universal Basic Income. Others require greater integration of technology in public policy, such as in Europe where a strong coalition is forming around building a contact tracing regime in order to allow opening up. The challenge is that it will necessarily be an opt-in program, reducing efficiency compared to the top-down programs implemented in places like China. Some governments, such as the United States, have signaled repeatedly that they are simply willing to allow a certain number of deaths in order to re-open, an approach that risks COVID19 becoming an endemic disease of the poor and further stratifying an increasingly unequal society. Across the board, opening up will be messy.

At 30,000 feet, all of this is in keeping with a slow trend toward nationalism, centralization, and regionalism in international relations. While alarms have been raised for years that the world is rolling in this direction, COVID19 effectively stomped on the gas pedal. For this reason, jingoism is a particular danger at present. These trends likely won't be reversed, but they are not a prison sentence. Indeed, like individuals across the world have practiced over the last few months, we must redouble our efforts to connect, understand, and cooperate, even if it is at a growing distance.