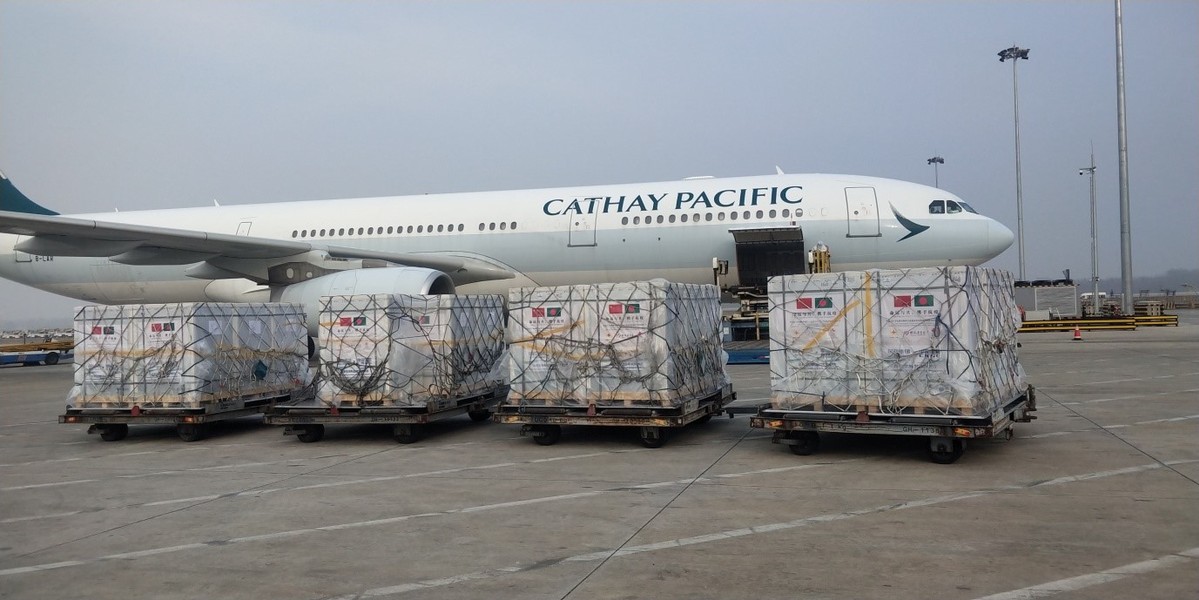 With the principle of putting people first, the Communist Party of China (CPC), under the leadership of Chairman Mao Zedong, established the People's Republic of China (PRC) in 1949. The successive leaders of the CPC have since been governing the PRC by upholding its founding principle. They have gone through many ups and downs throughout history, but have never deviated from this fundamental principle. Thus the CPC has earned the hearts of billions and achieved tremendous successes during its century-long journey since its establishment in 1921.

With the unwavering and heartfelt support of the Chinese people, the CPC has been leading the PRC to realize its two centenary goals—the centenaries of the foundation of CPC in 2021 and the PRC in 2049. China has already achieved the grand accomplishment of the first centenary goal of building a moderately prosperous society in all respects in 2021. It is now loaded with vigor and all set for continuing its journey to build a great modern socialist country in all respects by 2049 when China will have become a strong, democratic, civilized, harmonious, and beautiful modern socialist country.

In realization of the first centenary goal, China has introduced its major economic reforms, known as the reform and opening-up policy, in 1978. The country has since lifted more than 700 million people out of poverty, which is over 70 percent of the total global poverty reduction during that period. Thus it shook off abject poverty one decade before the deadline set by the UN by 2030. Thanks to the policy, China has now become an upper-middle-income country.

Against such a backdrop, the CPC held the sixth plenary session of its 19th Central Committee in Beijing from 8 to 11 of this month. The plenum has adopted the third landmark resolution in the history of CPC. It is extraordinarily important as only two more of the kind were adopted over the past hundred years. The two previous historical resolutions were passed under the auspices of Mao Zedong in 1945 and Deng Xiaoping in 1981.

The plenum has cleared that socialism with Chinese characteristics entered a new era after the 18th National Party Congress. The major tasks facing the party in this era are to fulfill the First Centenary Goal and embark on the new journey to achieve the Second Centenary Goal and continue striving toward the great goal of national rejuvenation. In this regard, the CPC will fully implement Xi Jinping Thought on Socialism with Chinese Characteristics for a New Era, and champion the great founding spirit of the party.

In the last century, the PRC has advanced major-country diplomacy with Chinese characteristics on all fronts. The concept of a human community with a shared future has become a banner leading trends of the times and human progress. China has broken new ground in its diplomatic endeavors amid profound global changes and turned crises into opportunities amid complex situations on the international stage. These efforts have resulted in a marked increase in China's international influence, appeal, and power to shape. Through tenacious struggle, the CPC and the Chinese people have shown the world that the Chinese nation has achieved a tremendous transformation from standing up and growing prosperous to becoming strong. This progress will continue in the future too.

The plenum has summed up the achievements and historical experiences of the endeavors of the CPC during the last century. The plenum has also drawn a blueprint to guide the future journey of China, which must influence the course of the world in the coming years.

As a strategic partner of China, Bangladesh can also benefit from the decisions taken in the plenum. The communique of the important political session said that China is committed to deepening reform and opening up across the board, advancing common prosperity for all and promoting harmony between humanity and nature.

In light of this, the country will increase and intensify its foreign trade and investments and further open its domestic market to the world. China has already granted zero duty for 97 percent of the Bangladeshi imports. Bangladesh can tap the prospects of the huge domestic market of China. If Bangladesh can achieve a 1 percent share of the Chinese market, export earnings from China alone could be in the range of $20 to $25 billion. As a result, the trade balance will tilt toward Bangladesh, which is now in favor of China with a huge margin.

Bangladesh can also attract more Chinese investments as an important member of its Belt and Road Initiative (BRI). Economists are of the view that as an important partner of the initiative, Bangladesh can also study the feasibility of a Free Trade Agreement with China which can be an effective tool for reducing the trade deficit. They also think that the BRI has given a strong and effective platform to Bangladesh for negotiating with China over exporting more items to its huge market.

The BRI can also help Bangladesh fulfill its target of producing 82,000 MW of electricity by 2041 when our dream of becoming a developed country comes true. To reach the target, the country needs massive investment in its power sector and China is expected to be one of the major investors to make Bangladesh self-reliant in power and energy in the next decade.

To encourage rapid economic development through diversification of industry, employment, production, and export, Bangladesh is setting up economic zones and special economic zones in several areas including backward and underdeveloped regions. The BRI cooperation can be a great opportunity for Bangladesh to bring in foreign investors for its economic zones. In particular, Chinese investors and entrepreneurs can play a major role in this regard as China has inked deals worth billions of dollars for development projects in Bangladesh.

As the highest foreign currency earner, garments manufacturing is the main lifeline of the Bangladesh economy. Though Bangladesh is second to China in garments exports, it can lure similar Chinese businesses to expand their portfolio in Bangladesh with its huge labor force and lower production cost. The BRI can help both countries bring about win-win cooperation instead of competition in the garments sector. Like many other sectors, the economic zones of Bangladesh can be used by Chinese businesses to join hands with their Bangladeshi counterparts in the clothing industry.

Bangladesh has achieved remarkable success in poverty reduction in recent years. But 24.3 percent of its population is still under the poverty line, while the rate of extreme poverty is 12.9 percent. It is for this reason Bangladesh has to work hard toward poverty eradication, and BRI cooperation has opened the door to Bangladesh to learn lessons from China about reducing poverty rapidly in a way the East Asian nation has made history in poverty eradication in only four decades.

The plenum has committed to promoting harmony between humanity and nature. China has also a long experience of fighting pollution which the country has identified as one of its major challenges. To face the challenge and eventually reduce the impact of climate change, China has initiated a unique approach named "ecological civilization." It is aimed at bringing harmony between people and nature. China could succeed in making environmental issues a salient feature of its society through this approach. As Bangladesh is the worst possible victim of climate change, it can forge greater cooperation with China over the issue under the BRI. Ecological civilization is more relevant to Bangladesh as the approach can strike a balance between rapid development and environment protection, which is a must for sustainable development.

Bangladesh can benefit from sending its students to China to turn them into skilled human resources. As China will further open its all sectors including the education one in the future, Bangladesh should grab the opportunity under the BRI cooperation. Around 2,800 undergraduates, graduates, and postgraduate students are awarded Chinese government scholarships every year. Some 12,000 Bangladeshis are currently studying in China. There are around 289 designated Chinese universities that offer a wide variety of academic programs in science, engineering, agriculture, medicine, economics, legal studies, management, education, history, literature, philosophy, and fine arts for scholarship recipients at all levels. Bangladesh can get into China to increase the number of scholarships and student intakes as well.

Finally, as a strategic partner, Bangladesh has prospects on all fronts to explore and forge ahead all-out cooperation with China. As the sixth plenum has decided to stick to the existing policies of deepening its opening-up and reforms, Bangladesh can hugely benefit from the decision. I, therefore, believe that the recently-ended plenum holds hopes for Bangladesh too. Now Bangladesh should come forward to make the hopes a reality.