OPINIONS Creation of Space Force may lead to arms race

Creation of Space Force may lead to arms race 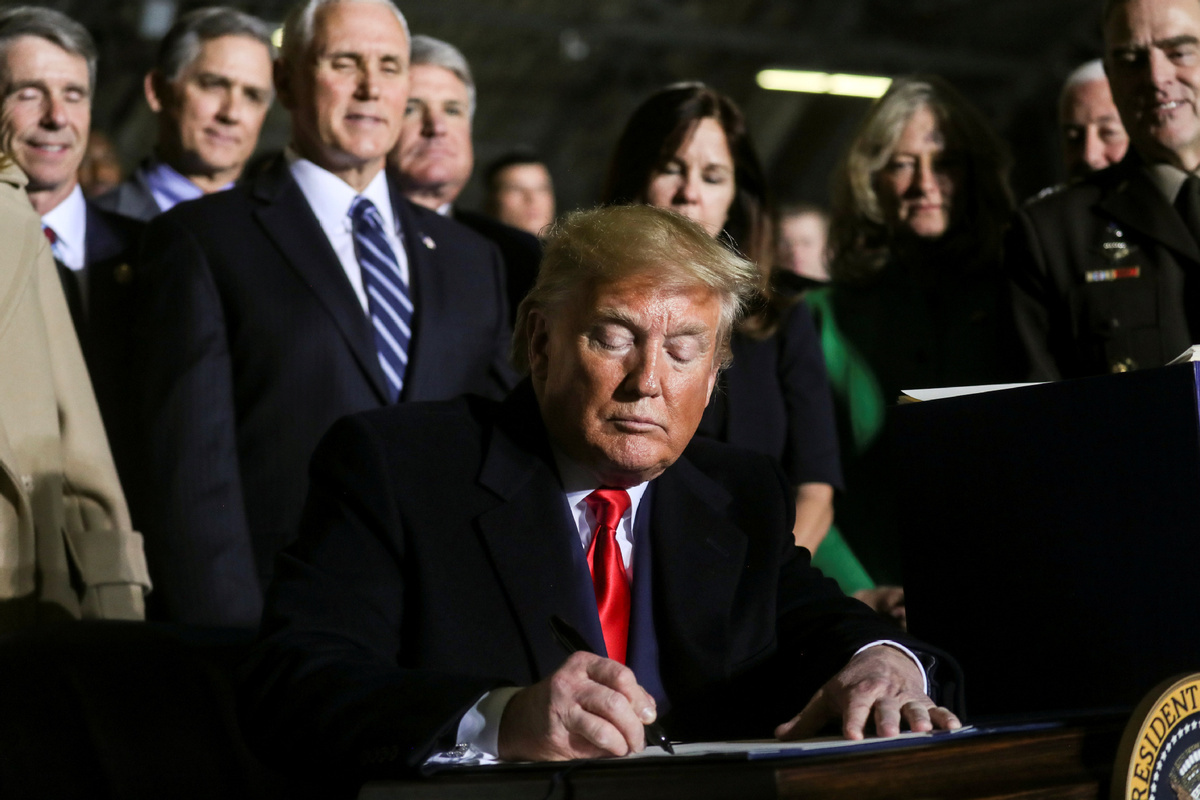 President Donald Trump, with the signing of the $738 billion defense budget for the year 2020, has initiated an arms race around the world. The creation of the Space Force includes about 16,000 military and civilian personnel. These include 2,500 military operators, another 6,200 enlisted personnel and about 3,400 civilians. The space force will be the first new branch of the US military in more than 60 years. Several current US Air Force bases eventually will be renamed as they host, mainly, Space Force functions. The list includes Peterson Air Force Base, Schriever Air Force Base, Buckley Air Force Base, Patrick Air Force Base and Vandenberg Air Force Base, among others.

It is well understood that the US enjoyed a unipolar world as a unique superpower for decades and would not like any change in geopolitics. Statuesque suits the US, where its hegemony is maintained around the world.

The US exercised its powers and destroyed Iraq, Libya, Afghanistan, Syria, Yemen and many other countries in Latin or South America, and other parts of the world, without involving the United Nations. The US is in habit of imposing sanctions on other nations and isolating some others at its own will. The US exercising its powers withdrew its nuclear deal with Iran unilaterally, without any valid reason.

There exists a strong opposition to nuclear weapons among the civilized world and even protests against nuclear power plants have been witnessed in some of the developed world, because they know the consequences of nuclear disaster. In a similar manner a Space Force may be even more harmful to humans. There should be opposition to such dangerous concepts.

We hope the US may review its stance on the creation of a Space Force immediately. And the rest of the world may also observe restraint and may not opt for countering the US-created Space Force. Humanity cannot afford any misadventure - we are already suffering a lot. We must struggle to fight against poverty and natural disasters. We must avoid any man-made disasters. We must set our priorities in the best interest of human beings. Global security, stability and prosperity should be our prime objectives.

Zamir Ahmed Awan is a senior fellow with the Center for China and Globalization (CCG) and a sinologist at the National University of Sciences and Technology in Pakistan.

The opinions expressed here are those of the writer and do not represent the views of China Daily and China Daily website.