OPINIONS Critical for food security that less is wasted

Critical for food security that less is wasted 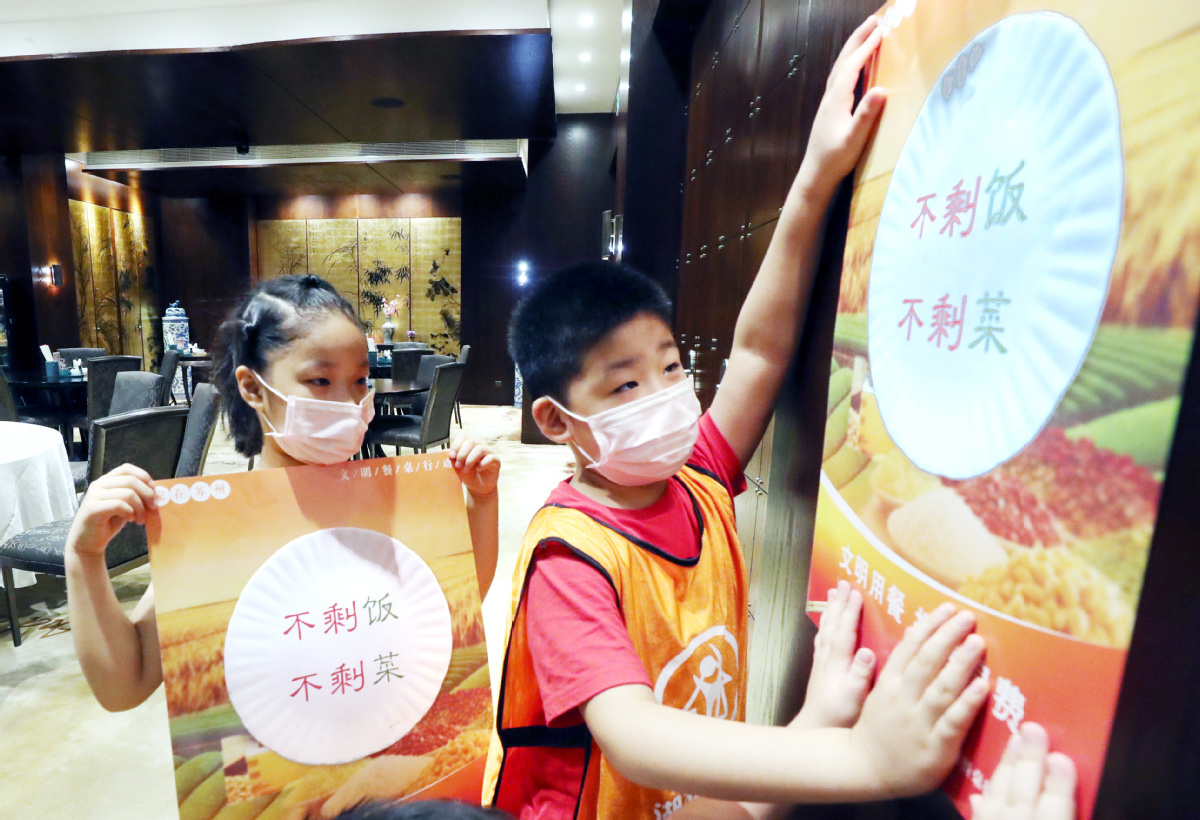 By adhering to a policy of ensuring basic self-sufficiency in grain production and absolute security in staple foods, China now has enough food to feed its huge population. Not only has it eliminated hunger but it has remarkably improved people's nutrition and quality of life.

But in a country where famines have been haunting tragedies for its people throughout its history, there can never be too much emphasis on the need to save every grain of food.

That is why President Xi Jinping's announcement of a set of instructions last week to prevent the wasting of food in the country, which he described as "shocking and distressing", has received an enthusiastic response nationwide, with local governments and businesses rushing to roll out rules and policies to reduce food waste. There have even been reports about the country's top legislature planning to revise or enact rules to address the issue.

The latest developments are encouraging, for they have reminded people of the potential risks the country faces in food security, which have been highlighted by the heavy rain and flooding that have disrupted crop production in provinces along the Yangtze River, and the uncertainties in the agricultural supply chains because of the global pandemic.

Yet despite the urgency of tackling food security head-on, it is necessary to not oversimplify what is a complicated social and economic problem, and to strike a balance between trying to promote the public good and not intruding too much into people's private lives.

Some measures rolled out so far in the name of "saving food" have been widely mocked. For example, a restaurant in Changsha, Hunan province, reportedly placed two scales at its door for customers to make their orders based on how much they weigh.

While in Wuhan, Hubei province, the local catering industry association advised restaurants to adopt an "N minus 1" ordering model whereby customers must order one dish fewer than the total number of diners. An "N minus 2" model has been reported elsewhere.

Such measures do nothing to meet the goal of saving food because they are little more than stunts to catch people's eyes.

Nearly eight years have passed since the government launched its crackdown on extravagance in the form of the "Eight Regulations" to fight corruption among members of the Communist Party of China, as well as an "empty your plates" campaign to raise public awareness to save food.

How much progress has been made in this regard? Who is to blame for the still rampant huge food waste? What other measures have been taken to tackle the huge food waste beyond the dining tables, emanating from the storage, transportation and processing of foods?

All these questions must be properly answered to ensure the success of the latest initiative to safeguard the nation's food security.