Critical moment calls for responsible US choice on China ties 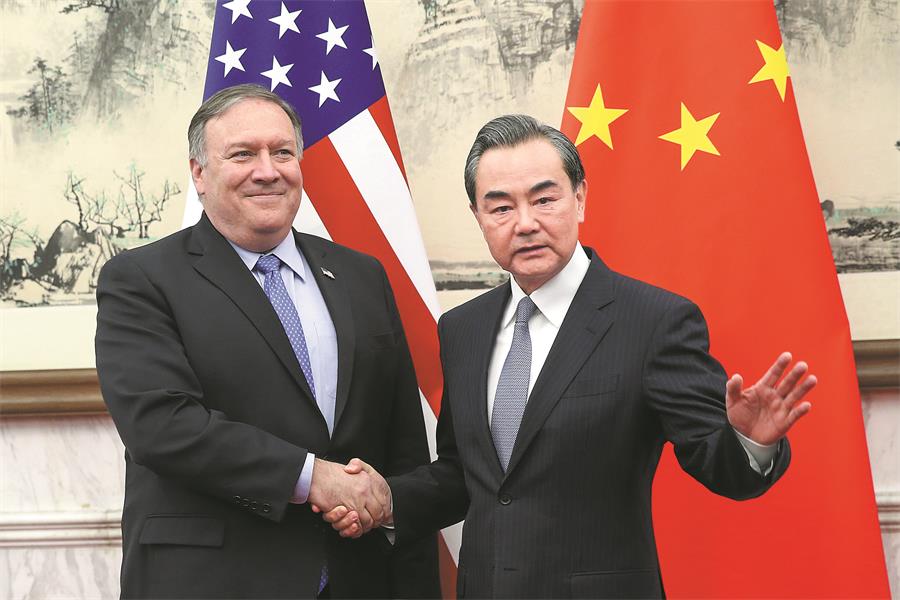 China-US relations are now at a crossroads. The recent string of relentless and groundless China-bashing rhetoric from US leaders has revealed a Washington bent on dragging Beijing into a full-scale face-off.

The world is worried. Given the profound significance of their relationship, what is at stake goes far beyond China and the United States. For the sake of the 7 billion people living on the planet, theirs included, the two countries now have to take on their responsibility and make some responsible decisions.

The systemic smear campaign of late by the United States against China, which reached a crescendo last week with US Vice President Mike Pence's speech at the Hudson Institute, a Washington-based think tank, is quite a rarity since the two countries established diplomatic ties 39 years ago.

With more guns blazing and new charges flying, the onslaught is indeed unusually broad in scope and great in ferocity. From claiming undue credit for China's development to accusing Beijing of interfering in US elections, Washington has truly cranked up its rumor-mongering machine this time.

However, it also looks similar. Just like many previous rounds of US mud-slinging against China, the latest provocation reeks of Cold War mentality and American-style hubris. The allegations, spun out of thin air, call white black and cannot hold water.

For starters, China's epic transformation from a poor and weak country to a prosperous and strong one is powered first and foremost by the hard-working Chinese people. It benefits from China's win-win cooperation with the rest of the world, but it by no means results from the charity or gifts from any other country.

On the foreign policy front, China has unswervingly stayed true to the path of peaceful development and the building of a community with a shared future for mankind, and has gained appreciation and support from across the world. No matter how the United States demonizes China, it can never alter the fact that Beijing's circle of friends has kept expanding.

The current tensions in bilateral relations are not China's making. It is the United States that fired the first shot in the still ongoing trade war between the world's top two economies; China has just been forced to take appropriate action to defend its legitimate interests and the rules-based international trade regime.

As for the election-meddling accusation, it is nothing but preposterous. As is known to all, non-interference in other countries' internal affairs is a bedrock Chinese foreign policy. The charge is so nonsensical that even Western mainstream media do not buy it.

Ironically, it is crystal-clear which country is obsessed with infringing upon the sovereignty and interfering in the internal affairs of other countries. Washington's attempt to stick the label onto others only makes itself a laughing stock.

Then the obvious absurdity of those fabrications makes one wonder about Washington's true motives. Many believe the White House has multiple calculations in the short term. But at a deeper level, the latest salvo marked a concentrated outburst of the United States' Sinophobia. That is what has set the world's nerves on edge.

At the critical moment, the heftiest bilateral relationship on the planet needs new strategic guidance. Confronting China on every front is not only unrealistic, but also harmful to the United States' own interests and those of the entire world.

Next year will mark the 40th anniversary of China-US diplomatic relations. History has shown that cooperation is the only right choice for the two heavyweights.

Beijing has made its stance clear. It is committed to developing long-term, healthy and stable relations with the United States featuring no conflict, no confrontation, mutual respect and win-win cooperation. Chinese President Xi Jinping has said that there are "a thousand reasons to make the China-US relationship work, and no reason to break it."

As to Washington, it is high time that it stopped its calumny campaign against China, abandoned its antiquated confrontational mindset, and worked with Beijing to steer their relationship out of the rough patch as soon as possible.