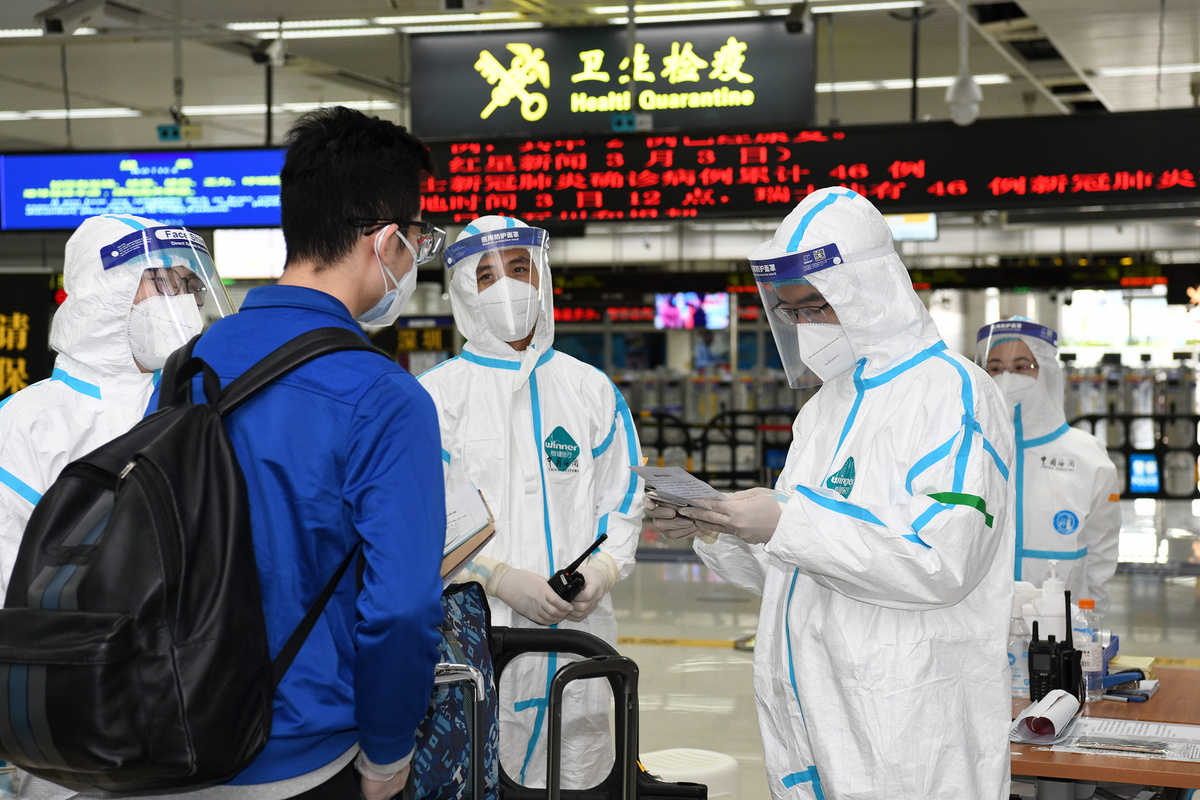 That the world's total daily number of new infections reached a record high of more than 580,000 on Friday to Saturday and the daily increase in the number of cases in the United States jumped to more than 140,000 on the same day have warranted the new measures China has adopted to prevent those infected with the novel coronavirus from entering the country.

The new measures require that China-bound travelers must have negative results from both a nucleic acid test and IgM anti-body test before they board their flight. In addition, additional tests are required if a passenger transits somewhere.

This may make things difficult for travelers, but China is under increasingly greater pressure to handle infections from overseas. The total number of imported cases was 515 in October, an increase of 45 percent compared with the previous month.

China has done a good job in containing the spread of the virus, although at great cost in economic and social terms. The country cannot afford to slacken the control of its borders. A second wave of the virus would be quite likely unless stringent efforts are made to prevent as few infected people as possible from entering the country.

The IgM anti-body test that is required is meant to ensure every passenger is free of the virus and thus the flight is safe for passengers. The test required for passengers at their transiting airport is because the number of passengers who had tested negative before traveling but got infected later accounted for nearly half of the cases from abroad.

For those overseas Chinese and foreign travelers, it will be much more convenient to take a direct flight if they come to China, and it will reduce the chances of them being infected.

It is because of the increasingly rampant second wave of the pandemic in many countries that China has to adopt such stringent measures to keep its own people safe from the virus.

China's economic activities have just returned to their normal state and so have people's daily lives. With most other major economies bogged down in the pandemic, China's economy has become an indispensable pillar supporting the world economy and its production of materials for the control and prevention of the virus is essential for the global fight against the virus.

China will timely adjust its control measures when the use of vaccines makes it possible for the pandemic to be brought under control. Now it is more than necessary for all countries to do whatever they can in concerted efforts to bring the virus under control.