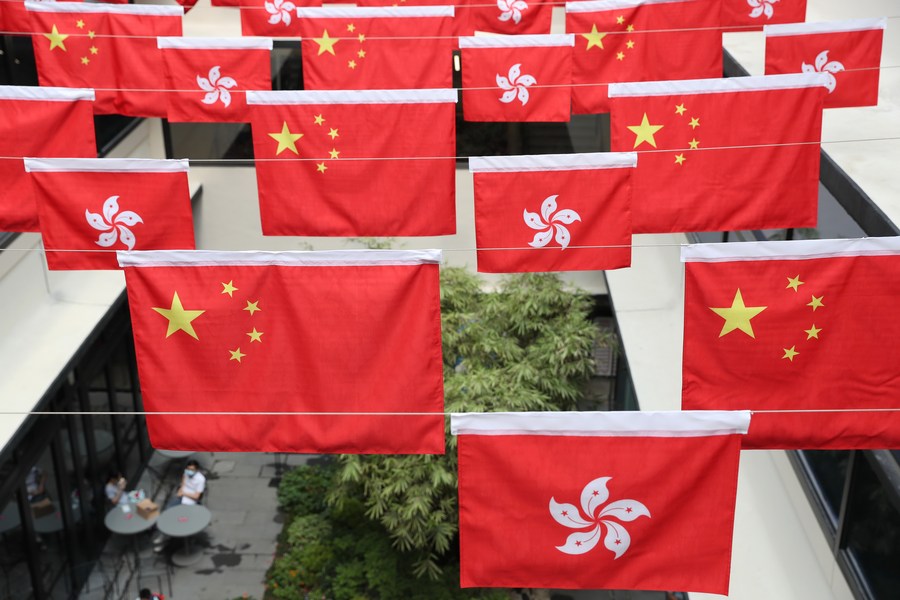 On Thursday, the Hong Kong Special Administrative Region announced that 17 district councilors took invalid oaths on Oct 8, of which one had already resigned while the other 16 will be disqualified from the post.

It is totally an internal affair of China and its Hong Kong SAR and anybody with a rational mind will know how absurd it is to link it with the US, UK, or the EU. Yet the three blamed Hong Kong SAR government for the legal deed, calling it "stripping of democratic rights".

The loyalty oath system is essential for those with public posts in Hong Kong, aimed at ensuring their loyalty to the motherland and home city. That's also in accordance with the "Patriots administering Hong Kong" principle.

The oath applies equally to every public servant, district councilor, Legislative Council member and the Chief Executive; Any of them will pass by saying it out. Thus how absurd it is for the US Department of State spokesperson Ned Price to call the qualifications "retroactive and targeted". Did he have a list who would take invalid oaths before they were taken?

Ironically, the US, the UK and the EU that blamed Hong Kong all have their own oath system for those with public posts. In the US, newly elected senators must swear that they "will support and defend the Constitution of the United States against all enemies" upon taking office, and "bear true faith and allegiance to the same". So why cannot Hong Kong district councilors, who serve on a piece of Chinese soil, do something similar?

The answer flies in the Western wind called "double standards".