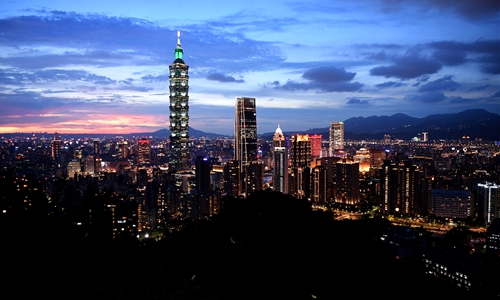 Taiwan regional leader Tsai Ing-wen won by a landslide in the island's regional leadership elections, and her Democratic Progressive Party (DPP) took more than half of the "legislative" seats. We should interpret Taiwan's public opinion objectively to make sure our overall understanding of the Taiwan society is accurate.

What Tsai and the DPP advocated most in the elections were repulsion of the Chinese mainland and rejection of the reunification. The election result shows that most people in Taiwan approve the political path based on such perceptions. In the current international context and the island's internal environment with the DPP in power, it is very hard to change such an ideology in Taiwan.

Over the past few decades, the mainland has been developing rapidly and the cross-Straits power structure has been reshaped. Cross-Straits exchanges have increased, and economic and cultural integration has become a major trend. The real political theme across the Taiwan Straits has transited from opposing independence to promoting reunification. Taiwan authorities have taken some petty actions. This is a hasty resistance to such a trend.

China's neighboring countries and regions have complicated feelings about its rise. In Taiwan, such feelings may become more prominent. The victory of Tsai and the DPP reflects some people's rising anxiety in the face of the mainland's rise. They are worried that the mainland's influence will influence the Straits even without reunification. The DPP has been instigating people's concerns over the political complexity brought by cross-Straits integration.

It is true that the DPP is misleading Taiwan society, and that the US and Western forces are helping the DPP do so. In fact, the US has always been interfering in Taiwan's regional elections, but Taiwan society has never regarded US intervention as a major problem.

After Tsai was reelected, some internal and external misinterpretations aimed at the mainland have emerged. And while integration across the Straits will be complicated, the general trend of closer cross-Straits ties cannot be reversed.

Former Taiwan regional leader Lee Teng-hui created the Taiwan Straits crisis in 1996. When Chen Shui-bian was in office, relations across the Straits also went through massive changes. Yet, has the general trend of integration between the Chinese mainland and the island of Taiwan been reversed? Have the two sides drifted from each other?

The struggle across the Taiwan Straits will continue. Since it is not exclusive interactions between Taiwan and the Chinese mainland, and the US has forcefully intervened in it, the long-term strife is one of the most complicated problems in global geopolitical games. Who is elected is not a decisive factor in the struggle, yet it may influence the scenarios in the next phase. For the Chinese mainland, the most important thing will always be our strength and readiness. The election result is more of a test of the mainland's ability to cope with the changes.