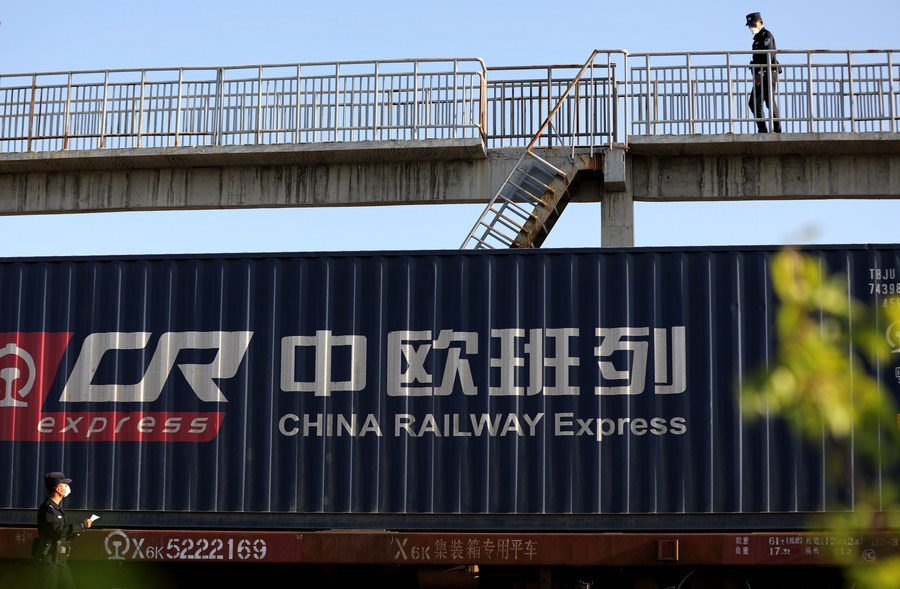 Chinese President Xi Jinping's virtual meeting with German and European Union (EU) leaders Monday is poised to send a signal of certainty as China and the EU are committed to enhancing communication and cooperation and defending multilateralism and free trade.

China and the EU represent two major forces, markets and civilizations. The elevated communication and cooperation between the two sides is crucial to safeguarding world peace, stability and prosperity, especially when the world is entering a period of turbulence and change with the rise of protectionism, unilateralism and bullying.

Certain countries and political forces keep playing the blame game, clamoring for "decoupling," and pulling out of international organizations and agreements. What they are doing is sabotaging international cooperation, stoking confrontation between ideologies and social systems, and putting the world in jeopardy.

Such moves notwithstanding, peace and development remain the theme of the times. The trend toward a multipolar world remains unchanged, and continuous globalization endures despite twists and turns.

It is high time China and the EU should strengthen mutual political trust, promote cooperation and advance relations.

Economic and trade interests are the most important common factors in China-EU relations. The EU has been China's largest trading partner for a long time. The two sides have great potential to expand the scale of bilateral trade and investment, advance green development and cooperation on digital economy, and deepen cooperation in combating the COVID-19 outbreak.

Such cooperation will not only make the pie of common interests bigger but also help stabilize global industrial and supply chains. China-EU cooperation is mutually beneficial and does not target a third party.

It is worth noting that both China and the EU are keen to reach a comprehensive, balanced and high-level investment agreement, which will help resolve some outstanding issues in bilateral economic relations. This requires both sides to meet halfway and exert political influence in the final stage of the negotiations.

China has decided to build a new development pattern known as "dual circulation," which takes the domestic market as the mainstay while allowing domestic and foreign markets to boost each other. This is a good opportunity for EU companies to share China's development dividends. Chinese companies are also trying to access the EU market on a more balanced and reciprocal basis, which would eventually benefit the bloc itself.

Cooperation is, and will continue to be, the mainstay of China-EU relations despite some false accusations against China in Europe.

History will remember how China-EU relations have withstood tests at critical moments. More than 10 years ago, China offered assistance to an EU suffering from the international financial crisis followed by the European debt crisis. Five years ago, China supported Europe in promoting the conclusion of the Paris Agreement and the comprehensive agreement on the Iranian nuclear issue. This year, China and the EU have carried out effective anti-epidemic cooperation amid an unprecedented public health crisis rarely seen in a century.

It is time for China and the EU to enhance communication and cooperation, find common ground and resolve differences, to demonstrate to the world that at a time of uncertainty, multilateralism, openness and cooperation will prevail.