OPINIONS Damage from Trump's trade unilateralism goes beyond China, US

Damage from Trump's trade unilateralism goes beyond China, US 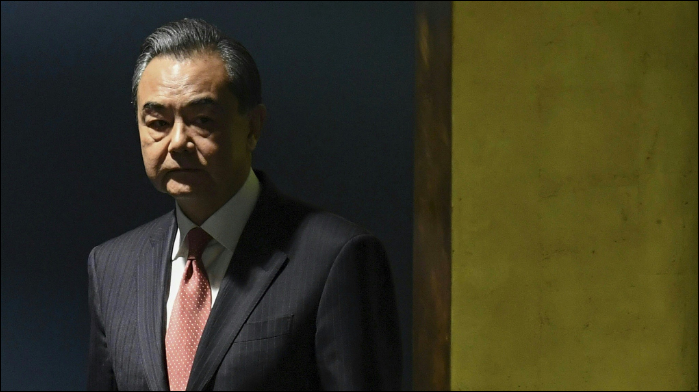 Chinese State Councilor and Foreign Minister Wang Yi called on Friday for stronger actions to defend multilateralism in his speech at the General Debate of the unfolding United Nations General Assembly (UNGA).

In the present-day world, multilateralism is under attack, especially given US President Donald Trump's retreat from the world and rising populism across several European countries. "We should adapt ourselves to the trend of economic globalization," Wang said, adding that no one should be allowed to put its own interest above others.

His remarks posed a stark contrast with what Trump said a couple of days ago in which he rejected globalism and, in particular, sought to justify the "trade war" launched by the US.

Embracing a brazen tone advocating for the idea of "America First" and unilateralism, the US president takes economic security to be national security. In the field of international economic policy, the US has launched trade offensives against many countries, including China, and some of its Western allies.

Moreover, it has paralyzed the arbitration body of the World Trade Organization (WTO) by blocking the appointment of new judges. As a result, the principal world economic governance body won't be able to function until the end of 2019.

Both the UN and the WTO are platforms of multilateralism – the cornerstone of world peace and global prosperity after World War II. However, Trump has created uncertainty, hostility and fear through the trade war, plunging the global economy into a man-made crisis.

Just as David A. Lake, a professor at the University of California San Diego, has warned, the vicious circle of the tit-for-tat trade dispute may lead the international economic system to collapse and exclusive trade groups to take shape.

The escalating trade conflict between China and the US is one of the most striking issues at this year's General Debate. Nonetheless, it is no more than an episode of Trump's drama to reshape the world economic order. The world's largest economy using its economic hegemony as a weapon can inevitably have a wide-ranging impact.

The global supply chain will be forced to change, and many enterprises will have to face increased production costs and other pains in this process. When the US imposes punitive tariffs on Chinese goods, Southeast Asian countries selling raw materials and spare parts to Chinese enterprises are nervous about this.

Singapore estimates that if the China-US trade war continues to escalate, Singapore's economic growth rate will drop significantly to 1.2 percent in 2019 from previous estimates.

In addition, the trade war will significantly raise pressure on emerging economies. Trump wants manufacturing companies to move back and discourages them from setting up factories in places such as Mexico.

As the Federal Reserve raises interest rates and the US dollar rises, the emerging economies will face more external debt risks and devaluation pressure on their currencies. Turkey, South Africa and other countries are facing serious challenges these days. Since January this year, the Turkish lira has depreciated by 40 percent.

Business confidence will consequently be damaged and cross-border investment will decline. Recent surveys show that export orders have declined in many parts of the world.

The index of new export orders in the euro zone has dropped to its lowest level in two years. In particular, the output of German manufacturing enterprises has fallen sharply. In addition, the rise in oil prices also shows worries in the international market.

In fact, the US economy itself will also be the victim of Trump's trade offensive. Ironically, the US foreign trade deficit has increased in recent months. Adam Posen, director of the Peterson Institute for International Economic Research, believes that this will eventually lead to the loss of up to 1 million jobs in the US, increase prices of consumer goods and damage the competitiveness of US exports.

Considering the aforementioned factors, Nouriel Roubini, a professor at New York University, has warned that the next global financial crisis will come in 2020 and will be more serious and longer than the 2008 crisis. We shouldn't watch the world economic system helplessly as it is destroyed by Trump's shockwave.

Fortunately, actions aimed at containing the US and preventing it from undermining the stability of the international economic system are taking place.

German Foreign Minister Heiko Maas proposed to establish an international payment system that is not controlled by the US. The European Union and China have set up a working group to jointly promote WTO reform. The negotiation of Regional Comprehensive Economic Partnership (RCEP), which does not include the US, is accelerating. All these efforts will help countries to cope with the pressure from the US.

There is no doubt that in the face of the destructive notion of "America First," all countries should be more active in maintaining a rules-based world order with the UN at its center. As Wang Yi said, protectionism will only hurt oneself and unilateral moves will bring damage to all.

And at the General Assembly, UN Secretary-General Antonio Guterres and leaders of most countries, such as France and Brazil, all voiced their support for the multilateralism under siege. The UN should also try to play a more effective role through necessary reforms to safeguard international rules and orders and uphold fairness and justice.