The most surprising thing about the Chinese economy in the first half of 2019 was that there were no surprises. 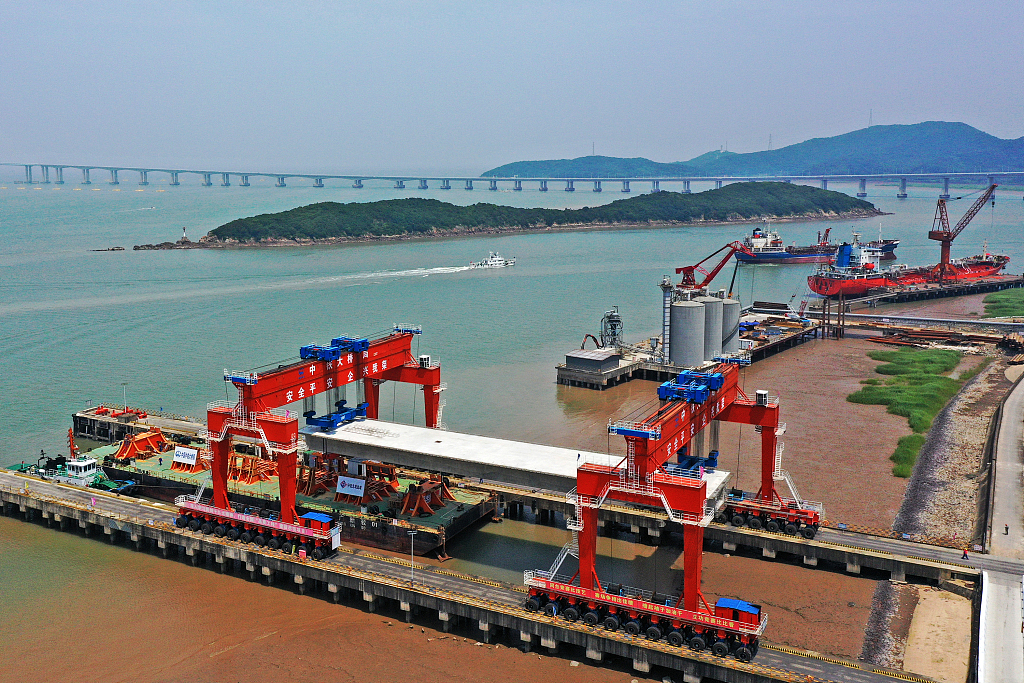 The long-term trend toward an economy based on consumer-driven demand and higher value-added production but with slower top-line GDP growth continued.

There was little noticeable impact of the ongoing trade disputes on the aggregate national data.

There have been many breathless reports saying that the 6.2 percent growth seen in the second quarter was "the lowest in 27 years". That's true. But, this is just an expected continuation of a long-term trend toward a more sustainable and higher value-added economy.

Except for the slow growth in 2009 following the global financial crisis, Chinese GDP growth rates have been steadily reducing from an incredibly high but clearly unsustainable rate of about 14 percent in 2007 and 2008. The drop to 6.3 percent in 2019 from 6.7 to 6.8 percent in 2016 and 2017 is expected and not very significant in terms of the long-term development of the economy. Even the drop from 7.4 percent in 2014 is not worrying.

A fall in GDP growth rates from 7 percent to 6 percent may sound large, but it's a 14-percent fall in the growth rate. In contrast, when a country that has a 2-percent growth rate falls to 1 percent, as has happened in many developed countries, that is a 50-percent change. An economy growing at 2 percent doubles every 36 years, but one growing at 1 percent takes 72 years to double.

The government has set the goal of doubling GDP per capita from 2010 to 2020 and clearly will reach that goal.

Nicholas Lardy, an often-cited Washington-based expert on the Chinese economy, argues in his recent book The State Strikes Back: The End of Economic Reform in China that China could have continued to grow at 10 percent per year throughout this decade if not for policy mistakes.

His core argument is that Japan and South Korea continued high growth rates until they reached GDP per capita equal to 60 to 70 percent of the US, so why can't China?

With all due respect, I think this is a silly argument. The early growth in both Japan and South Korea was based on foreign demand for exports. In South Korea, these exports were manufactured largely by state-led companies.

China is a much larger economy. There is not enough potential import demand in the world to continue as a main driver of the economy's growth. It takes longer to grow organically from domestic demand.

Japan saw very fast economic growth from the 1950s to the 1970s based on technological catch-up and on fast export growth to the US. The export industries of Japan - mostly cars and electronics - are extremely competitive. But, much of the domestic economy is protected and inefficient.

A series of trade disputes with the US in the 1970s and 1980s culminated in the Plaza Accords in 1985 that limited Japanese exports to the US and forced Japan to roughly double the value of the yen. So, export-led growth was no-longer an option.

Instead of opening-up and reforming its domestic economy, Japan first chose to use monetary stimulus in the late 1980s, which resulted in an immense real-estate bubble and led to the real-estate and stock market collapses in 1990 to 1992.

Through the 1990s and 2000s, Japan then tried to use very large infrastructure investments to stimulate the economy. This just resulted in negligible growth, ecological damage and a government-debt-to-GDP ratio of more than 200 percent - by far the highest in the world. In contrast, China's strategy of structural reform, opening up, and increasing domestic competition will lead to more sustainable GDP growth.

At the start of the 2000s, China had inadequate infrastructure and was a small player in world markets. So, a strategy based on low-wage exports and infrastructure investment made sense at the time.

But, China is no longer a low-wage country and its infrastructure is among the best in the world - both very good things. So, the current economic strategy is based on increasing domestic consumption supported by rising wages and the production of higher tech and higher value-added goods and services.

Data from 2019 show that this model is continuing to work.

Per capita disposable income rose 8.8 percent year-on-year in nominal terms in the first half of 2019, 6.5 percent after adjusting for inflation. This allowed an 8.4-percent increase in retail sales in the first half. These rates are higher than the growth rate of GDP, so they indicate that the overall shift toward a more consumption-driven economy continues.

For example, Sichuan province, in China's inland southwest, increased its exports by 21.9 percent in the first half, largely selling to Europe and ASEAN countries.

I had expected to see some impact of the trade war on southeastern provinces where export manufacturing is concentrated. But, Guangdong province grew by 6.6 percent and Zhejiang grew at 7.7 percent year-on-year, both higher than the target rates, in the first quarter, according to the latest data available.

So, the strategy of using domestic reforms and international opening-up to increase domestic competition, moving to consumption and services, and emphasizing higher tech, higher value-added manufacturing is working, according to the latest data.