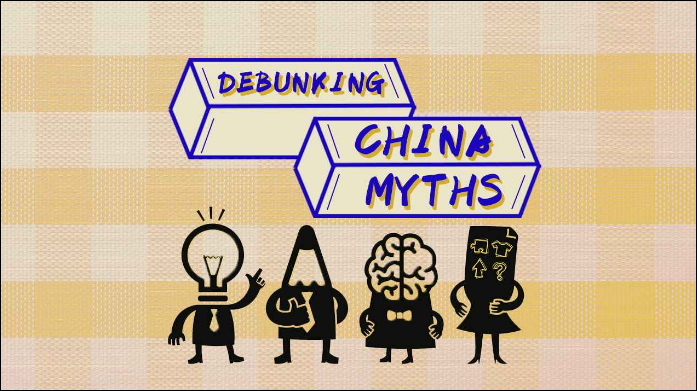 China's private sector has expanded rapidly in the ensuing four decades since east China's Wenzhou city issued China's first individual business license in 1980. Official data shows that private companies are now contributing to more than 50 percent of the country's tax revenues, 60 percent of GDP, 70 percent of innovation, 80 percent of employment and 90 percent of the total number of enterprises.

Commerce Minister Zhong Shan said that his ministry would "continue to push for policies to help those companies expand," while the country's central bank, the People's Bank of China (PBOC) has released "a three-pronged approach to help private firms to raise money” according to its Governor Yi Gang.

China Banking & Insurance Regulatory Commission has also taken stimulating measures. "We have already unveiled new guidelines to major banks. Top requirement is that no less than one third of their loans should go to private firms," said Guo Shuqing, chairman of the commission.

As the private sector increases its role in picking up the country's economy, it is also more vulnerable to fluctuation, and experts believe that it is the right time for the Chinese government to "prioritize supporting for private firms."

"When you look at what the private sector is facing, they have been influenced by a clean down in shadow banking and de-risking of financial sector, because they lend proportionally more to smaller banks. They are disproportionally affected by the trade war because they are the ones that are typically more externalized and more relying on the export," said Jeremy Stevens, economist at Standard Bank.

"They are more market-oriented... it makes sense that the government steps in and says ‘hey, we are friends, and we support you'," Stevens said.

Dan Wang, economist at Economist Intelligence Unit (EIU), a British business within the Economist Group, shared another reason. "A bunch of listed Chinese companies from private sector in A-share have shown stress and are waiting to be taken over by SOEs (state-owned enterprises). Facing that, we have to ensure the private sector for all kinds of measures we have."

What should be done to create a fair playing field?

"The difficulty for Chinese policy makers is that traditionally, the lifts of growth are in SOEs. But as the economy is increasingly driven by the private sector, they need to update the regulations," Stevens mentioned.

Wang said that private companies seem to be less enthusiastic with new measures compared to SOEs. "Especially when it comes to key reforms like mixed-ownership reform, SOEs have started reform, and introduced private capital. But when it comes to management and how to use the capital, private investors don't have a say," said Wang.

She added that "unless we introduce some real change to bring in private investors, then the efficiency and profitability won't improve much."

Meanwhile, Stevens highlighted the ownership neutrality, which is more related to "how SOEs create, invest, and become participants or owners in private companies. Because innovation, job creation and all things that China plans for the future growth dynamics will be driven by the private sector," Stevens said.

How can China better protect private assets through financial measures?

Even though the private sector plays a pivotal role in the economy, ensuring execution is still a big challenge, particularly financing for POEs. Experts mentioned that liberalizing interest rates could be a technical but easy start.

"I do think liberalizing interest rate, especially lending interest rates at the local level, is a very technical but easy start. Local banks know more about the regional economy and the risks of their borrowers, so if they can charge a market rate based on their credit rating of company, then they will solve a lot of financing problems for local firms," Wang elaborated.

Agreeing with Wang, Stevens added that big data could help banks make better and more appropriate lending decisions. But he admitted that it's difficult for the banking system to immediately change its behavior and attitude towards private companies.

"Banks traditionally prefer to lend to SOEs, because this is an implicit guarantee behind it… You don't want to be in the situation where banks lend to private companies will triple the risk compared to lend to SOE," he indicated.

Furthermore, Wang expected authorities to release more liquidity into the market. "The local bond market is so under developed, and companies can just rely on indirect financing through the bank. They should be able to issue their own corporate bonds and get direct financing… And in terms of stock market, more reforms should be concentrated on registration system – making getting listed easier for companies," she opined.