OPINIONS December 13: A day of remembrance

December 13: A day of remembrance 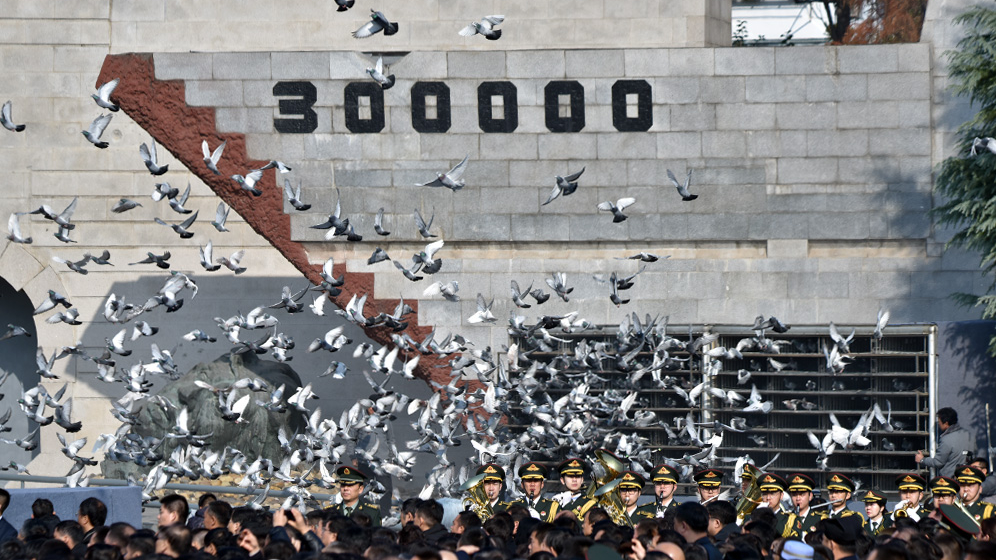 Today is the anniversary of the Nanjing Massacre. 82 years ago, the Japanese army invaded Nanjing and immediately carried out a terrible massacre. A total of 300,000 Chinese soldiers and civilians were killed within just a few days. To commemorate this event, UNESCO included the Nanjing Massacre archives on the World Heritage List in October 2015. It can be said that the Nanjing Massacre is of great significance to both Chinese and Japanese.

For Chinese, the day of the Nanjing Massacre was a "tragic day." From the Opium War to the founding of the People's Republic of China, the Chinese people suffered a lot during those one hundred years. The Nanjing Massacre is the epitome of these sufferings. It is a national tragedy that killed 300,000 people. However, the Chinese people remained resolute. Instead of being discouraged, they united with the heart of a lion to protect the motherland and finally defeated the invaders and won the anti-fascist war. For the record, the "tragedy" of the massacre pushes our people to march on today.

At present, the world is undergoing drastic changes, and we are increasingly faced with many difficulties such as pain of industrial transfer, pressure on trade friction, and downward economic development. But when we think of our country, independent and powerful – forged by our predecessors at their sacrifice – we should calmly face all difficult tests with brimming confidence. In any case, we should summon up our courage and must not meet those tragedies again.

While for the Japanese, the day of the Nanjing Massacre was a "criminal day." In recent years, Sino-Japanese relations have gradually improved, and bilateral economic and trade cooperation has become increasingly heated. But a major issue on the historical understanding of its aggression against China remains unsolved. In fact, since the post-war period, Japanese right-wing forces have denied aggression against China, including the Nanjing Massacre.

Even more worrying is that the younger generation of Japan is also indifferent to this. They regard issues such as the Nanjing Massacre as a matter of the previous generation, and it has nothing to do with them. This disregard for the crime of massacre undoubtedly adds insult to the injury.

The Japanese government has indeed apologized to China many times on the issue of aggression. But at the same time, some senior politicians and bureaucrats have continuously clamored in public for denying the Nanjing Massacre and negating the aggression. Therefore, it can be said that the Japanese government did not sincerely apologize to the Chinese people for the Nanjing Massacre and aggression.

This shows that some Japanese politicians and bureaucrats have not fully realized their crimes of aggression. Former British Prime Minister Winston Churchill once said that those who forget history are doomed to repeat it. Just imagine, who could truly trust and accept you without a proper understanding and apology of the history of massacres and aggression? A sincere apology is Japan's "touchstone" to express its pacifist development path.

The day of the Nanjing Massacre is a day that both the Chinese and Japanese should remember. On the one hand, the Chinese should regard the tragedy as a force for advancement and take courage to deal with the current and future sufferings and problems. On the other hand, Japan should face up to its crimes of massacre and aggression and gain forgiveness with a sincere apology.

Editor's note: Xu Chuanbo is a postdoctor at Institute of Areas Studies of Peking University. The article reflects the author's opinions, and not necessarily the views of CGTN.