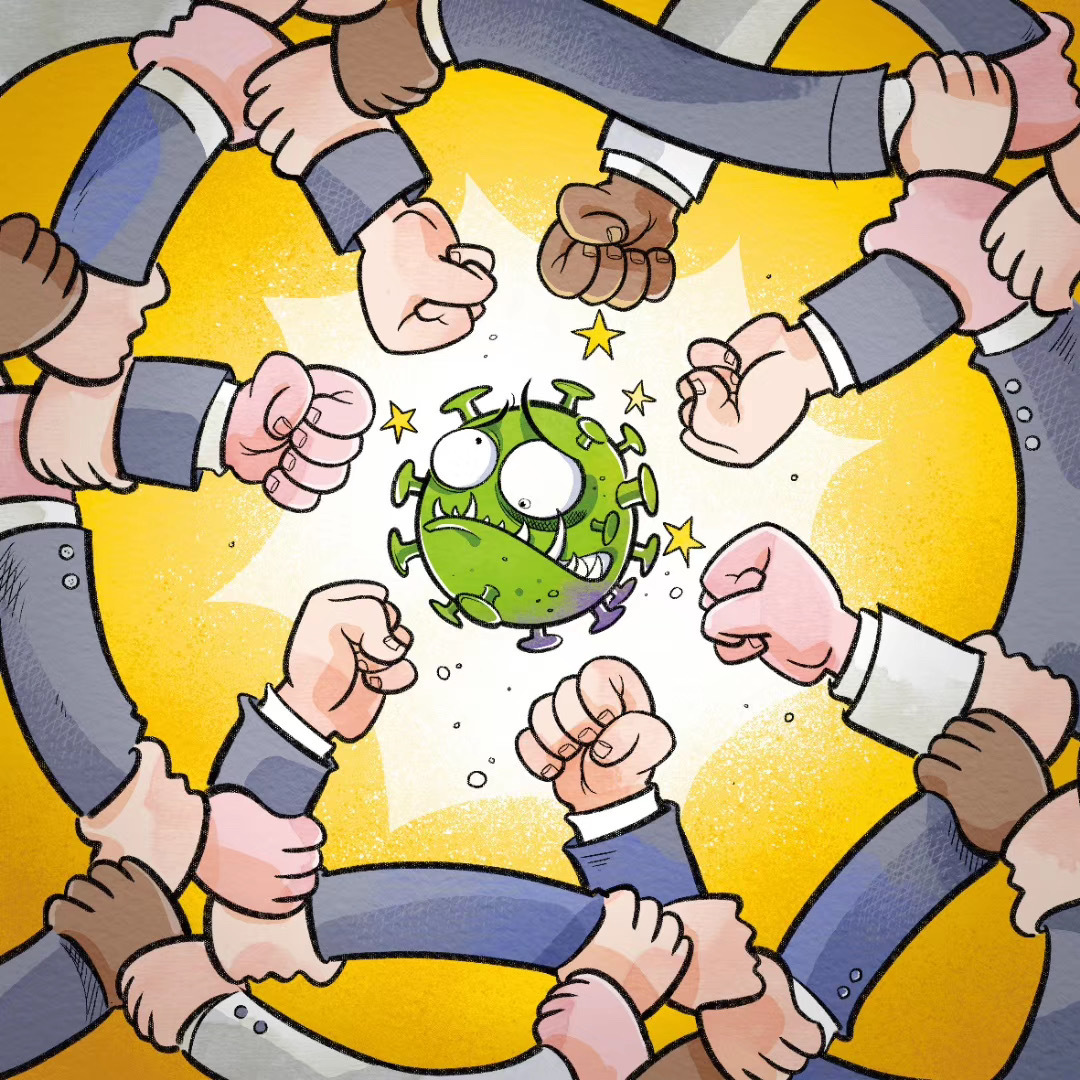 Since the novel coronavirus has spread to 44 countries on all continents except Antarctic, the World Health Organization warned for the first time on Friday that the virus could soon reach most, "if not all" countries around the world.

That alarming message came shortly after Nigeria confirmed sub-Saharan Africa's first case of infection with the novel coronavirus, which might raise the curtain for the virus' fast spread among countries in the region, some of which are among the least developed.

Although China has largely brought the epidemic under control outside of Hubei province, where the outbreak originated and where the situation now appears to be stabilizing, the wild transmission of the virus in the Republic of Korea, Italy and Iran has brought the total number of infected cases in the three countries to nearly 5,000 as of Sunday from less than one-tenth that many just one week ago.

China's experience shows that if this momentum is unchecked in a comparatively short time, which can arguably be realized only by reducing population mobility, it will only be a matter of time before the number of cases in China is dwarfed by that in the rest of the world.

Regrettably the one thing that has accompanied the virus' spread around the world has been divisiveness rather than solidarity. Yet as WHO Director-General Tedros Adhanom Ghebreyesus warned on Friday, the world has come to "a decisive point".

With some countries waging an all-out war against the virus, some seem unconcerned, which is evidenced by the fact that some of the countries with confirmed infections were caught by the virus almost unprepared, while some are feeling no qualms about appealing to racism and pointing the finger of blame at those battling against the virus on the front line in Asia, particularly China.

The spread of the virus worldwide has only served to further aggravate the prejudiced view that some have of China.

They never mention the sacrifices that China has made in its fight against the virus or that it is China that obtained and shared the genetic sequence of the virus; or that China is trying to resume its industrial production and business operations to cushion the epidemic's shocks not only to its own economy but to the world economy and the global supply chains.

They will never admit that it is the Chinese people's brave fight against the virus, particularly the residents in Wuhan, capital of Hubei province, that earned the world a valuable window of opportunity to rein in the virus.

It would appear that the only reason that those spraying dirty water on China care about whether the virus will indeed spread to every country in the world is that they will then have an even bigger stick with which to try and beat China.

Despite the stigmatization of those who would like to see the virus ravage China's image and impede its development, the country is willing to collaborate on control and prevention measures with all countries to better protect the safety and health of people worldwide.