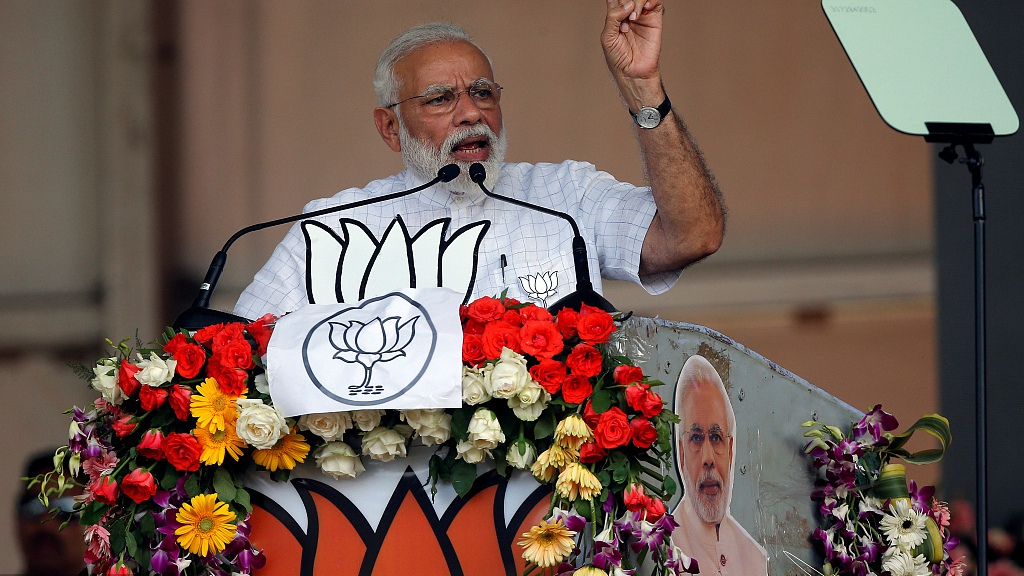 Op-eds, columns and books on Modi were a phenomenon during Narendra Modi's first term in the office. His second consecutive win in the Indian general elections was not unpredictable but was not expected to have helped the alliance cross the massive two-third majority in the lower house.

While opposition parties were rallying against Modi for his party's right-wing radical agenda in education, economics and miscellaneous electoral issues, India needed a firm leadership and not a punctured mandate that could jeopardize domestic reforms or upset the externalities affecting India's rise as a credible option for global businesses.

The 2014 general elections were monumental for India, and so was this year's vote, which will decide where politics in the country will go.

The 2019 elections were seen by many as a fight between alternatives. Unfortunately, Indian youths were heavily inclined towards decisive and clear future opportunities. Long gone are the days when the electoral politics depended on popular slogans revolving around basic needs, which would colossal efforts to be met over a period of time. While politics in urban areas shifted focus to amenities, the societal space was still filled with politics of caste and class.

The recent polls show that the National Democratic Alliance, led by Bharatiya Janata Party (BJP), secured popular vote shares across castes and classes. They indicates that the parties with social reformist agendas, which were playing revolutionary roles in social and caste-based mobilization, have lost their mandate in the elections to Modi's new agenda of reforms.

The National Congress Party has long been criticized for nepotism and dynastic politics, but the socialist parties, both at the regional and national level, could not bring a strong alternative in the elections. The leadership of these parties seems to have become arrogant over time and has overlooked their social responsibilities.

Modi, despite being a chief minister of Gujrat for three times, was a result of cadre-based organizational politics.

Modi was an exception to the popular and widespread trend in India where political parties and their leaders have the propensity to centralize. If one looks at the top names from the right-wing BJP, they'll see that these leaders came as a result of organizational politics and one even became India's prime minister thrice, that was late veteran BJP leader Atal Bihari Vajpayee. Now Modi is providing India with an alternative in the form of decisive, firm and non-caste and non-class-based politics.

In elections, this translates into more votes. The voting fate in the recent elections underlined that Modi represents a reformist model compared to other dysfunctional political organizations in India.

In addition to this, voters' demography plays an important role in every election. Since the last general election in 2014, as many as 100 million new voters registered and cast their votes in the 2019 elections. It is not just the number that is significant but also the voters' characteristics. These young voters behave differently. Various exit polls reflected this as a reality, and the report from the exit polls found that the young voters between 18 and 25 turned out in huge numbers.

Young minds are the new followers of Indian politics and influence its dynamics. And these are the voters who need dynamic alternatives and Modi's first term provided them with the best example. The first win for Modi in 2014 was also made possible by young voters, so no wonder this time also, they acted decisively in favor of a decisive leadership.

On a cautionary note, the representatives, including the accused, have been voted to the lower house under the influence of a decisive leadership and not primarily to the party. The alliance which the BJP has forged also illustrates the same case and this raises concerns among analysts. While the leadership is an organizational feature and helps set strategic goals and mobilize motivation, it also has its downsides.

And it is worth to mention here that the election mandate has overlooked the criticism driven towards the failure of a few policies in the earlier term of Modi just because the voters wanted to opt for a reformist agenda over the failure rate and operational hazards faced by the Modi government. If Modi's first victory was a clear mandate for change, the second win is a clear nod for the incoming government to carry much larger and bigger responsibilities.

Modi has created a history that people would look up to and follow if the new government fulfills the set of high governance standards.