The US has been constantly creating trade frictions since this year by increasing tariffs against its trade partners including China. To justify its move of starting the trade war, the US claims that China’s socialist economy is not market economy and China’s is a non-market economy. Such accusation is totally groundless. 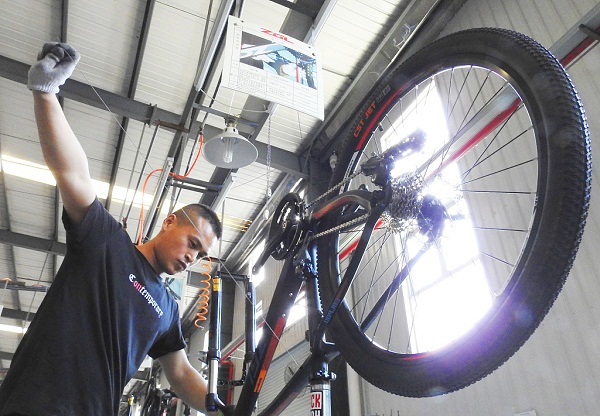 Meanwhile, the country resolutely encourages, supports, and guides the development of the non-public sector. It has worked to guarantee all forms of mixed-ownership economy to use production factors lawfully and equally, compete fairly in the market and be under equal protection by laws.

China has completely met the basic requirements for a market economy after years of efforts. Therefore, criticizing China for being a non-market economy lacks ground.

There is not just one model of market economy and the economies of developed countries are not all alike. They present different characteristics in different periods and in different countries.

The practice of developed countries has indicated that market economy doesn’t mean zero government interference, or private-owned enterprises, instead of state-owned ones, are the only market entities.

In the initial stage of industrialization, governments of developed countries played a great role through implementing mercantile trade and industry policies. After World War II, the developed countries widely adopted the Keynesian approach in economic policymaking, such as the state interference policy, the nationalization policy, macro-control, and cultivation of state-owned companies.

It was under the influence of neoliberal policies that the number of state-owned enterprises shrank.

Using government planning to boost economic development is a common practice of developed countries. After the 2008 global economic crisis broke out, some developed countries rolled out the strategy of reindustrialization and other policies, to upgrade their industries and rejuvenate manufacturing. Policies such as Germany’s Industry 4.0 and the US’ National Strategic Plan for Advanced Manufacturing came out in this period.

In recent years, the US, which claims itself as a free market, has intensified state interference. The US government even requires its enterprises to move their overseas operations back home, restricts export of high-tech products, and set barriers for Chinese enterprises to invest in the US.

The groundless accusations indicate that it is the US, not China that is conducting unfair trade and competition. To eliminate trade deficit and achieve “fair trade” is exactly the excuse for the US to initiate a trade war against China. However, the real intension is to hinder China’s development and gain more profits.

(The author, Jin Xinhua is a professor at the Center for Economic Development Research of Wuhan University)