OPINIONS Despite different 'values,' Australia should ameliorate ties with China

Despite different 'values,' Australia should ameliorate ties with China 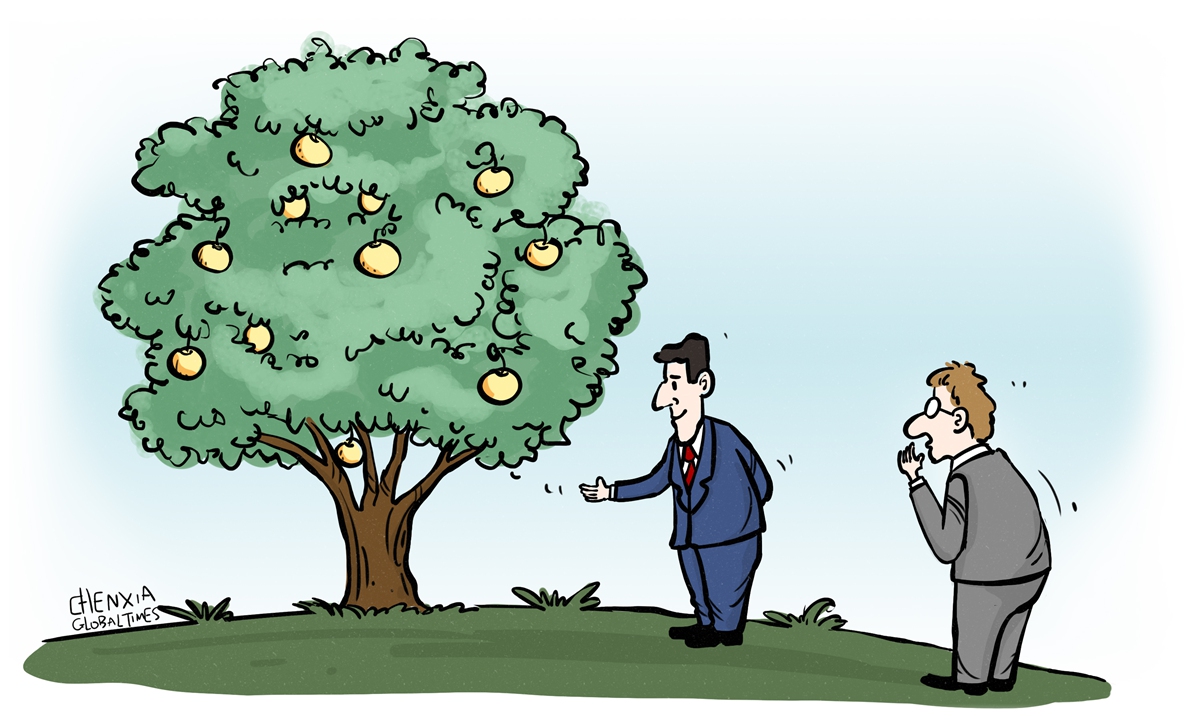 Australian Prime Minister Anthony Albanese has said he wants Canberra and Beijing to have a good relationship but China needs to "come to terms with" Australia, accommodating its values, Sky News reported on Monday.

"Australia must always stand up for our values and we'll continue to do that, but that doesn't mean that we cannot have an economic relationship with China," Albanese was quoted as saying.

First, it must be pointed out that the current tensions in China-Australia relations are not because of Australia's so-called concerns over "values," but are the result of hostile political decisions made by the Australian government.

China and Australia have different histories, societies and political systems, so it is normal to see gaps or differences do existing between the two countries. However, countries with different cultures can realize harmonious coexistence and long-term friendship with each other and, more importantly, differences should not be an obstacle to the development of bilateral trade and economic relations.

Varied ideologies between China and Australia must not stand in the way of the two countries to pursue normal economic and trade relations that benefit one another. Their trade and economic cooperation has made great achievements and benefited businesses and people of both sides over the past decades. China has long been Australia's largest trading partner and an important source of investment. The past achievements prove that bilateral economic ties can be developed smoothly despite the two countries' differences in values.

Relations between China and Australia deteriorated in recent years when former Prime Minister Scott Morrison adopted an anti-China attitude so as to butter up the US government. He tried to win Washington's trust by deliberately provoking China on many sensitive issues.

Morrison adopted an array of very hostile policies toward China and was cited by Bloomberg as "one of the world's most outspoken leaders in pushing back against China." Over the past years, Canberra launched several anti-dumping and anti-subsidy investigations against Chinese products and it even moved to turn down many Chinese investment projects.

The deterioration of China-Australia relations is not because of the differences in "values" between the two countries, but a result of the Morrison government's unfriendly stance toward China and its absolute loyalty to the US government.

There is an opportunity for a possible re-set of relations between the two countries after Albanese won May's federal election. Bilateral relations have showed some signs of thawing after Albanese took office. Chinese Ambassador to Australia Xiao Qian said last week that the two sides have expressed a willingness to strengthen engagement and promote practical cooperation in the spirit of mutual benefit.

The improvement of relations could be attributed to joint efforts of both sides. "Now we have a good momentum. It needs to be kept, otherwise we'll lose the momentum," the ambassador said.

Problems cannot be completely resolved overnight. It is natural that China and Australia may have different positions and views on some issues, but there is no need to be confrontational and divide the world into different camps based on the Western values. Efforts to manage differences on the basis of mutual respect and to enlarge areas of common interests can help strengthen bilateral ties between China and Australia.

Chinese Foreign Ministry spokesperson Mao Ning said on September 7 that sound and steady development of China-Australia relations is in the shared interest of both countries and peoples, and is conducive to prosperity of the whole Asia-Pacific region. "China stands ready to follow the principle of mutual respect and mutual benefit and work with Australia to steadily advance bilateral relations," Mao noted.

Australian companies and business leaders have urged Canberra to mend its relations with China to reignite trade and investment flows. More work still needs to be done to reset relations between the two countries. In considering Australia's own interests, the Albanese administration should maintain strategic sobriety and inject renewed momentum to improve bilateral ties.