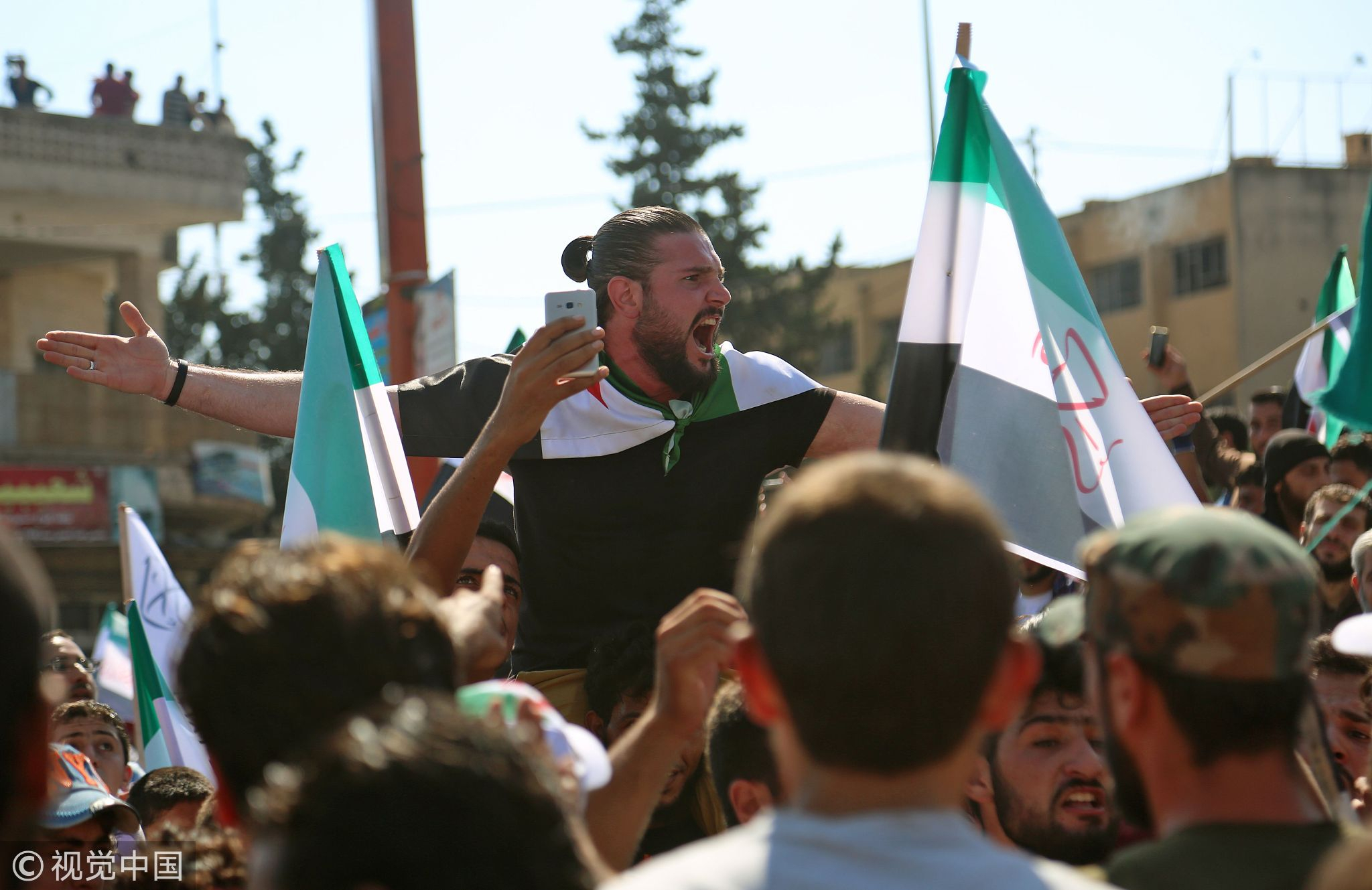 Turkey and Russia said Friday they have agreed on the borders of a demilitarized zone to be set up in Syria's Idlib Province, with its geographical structure and residential areas being taken into account.

The demilitarized zone was primarily agreed on in an agreement, announced by the Turkish President Recep Tayyip Erdogan and his Russian counterpart Vladimir Putin on Monday.

Under the deal, Russian and Turkish troops will enforce the new demilitarized zone in Idlib region, from which "radical" rebels will be required to withdraw by the middle of next month.

Home to about three million people and bordering Turkey, Idlib is the opposition's last stronghold in Syria.

Kamel Wazne, a political and strategic analyst based in the Lebanese capital Beirut, says major players in the region have different agendas, complicating the fate of the Russia-Turkey deal and the future of Syria.

Russia-backed Syrian government forces have been preparing for weeks to launch a final offensive to retake the region. Wazne said the stance of Damascus has always been crystal clear: Idlib must be retaken in order to put an end to the country's seven-year war, whether through peaceful means or military operations.

However, he also noted that the Syrian government's plan to recover the northwest has been complicated by Turkey's tricky role on the ground. Ankara has soldiers stationed in 12 locations in Idlib and supplies weapons to some rebel factions.

Erdogan fears another exodus of refugees joining the 3.5 million already in Turkey, and has warned against any military assault in Idlib.

In striking the deal, Russia appears – at least for now – to have put its ties with Turkey ahead of advancing the goal of bringing all Syria back under Bashar al-Assad's rule.

That goal is also obstructed by the presence of US forces in the quarter of Syria east of the Euphrates that is held by an alliance of Kurdish and Arab militias, and at a base near the borders with Jordan and Iraq.

Wazne noted that there is indeed one thing that the Syrian government, Russia, Turkey and Iran have consensus on: the minimal the involvement from Western powers, such as the US and France, the better.

He added that the upcoming US mid-term elections in November may also play a role in the US strategy over Idlib, as US domestic political powers are not willing to see voters get distracted by major international incidents, such as the Idlib offensive if it happens, so that Donald Trump's Republican Party gain an upper hand in the elections.