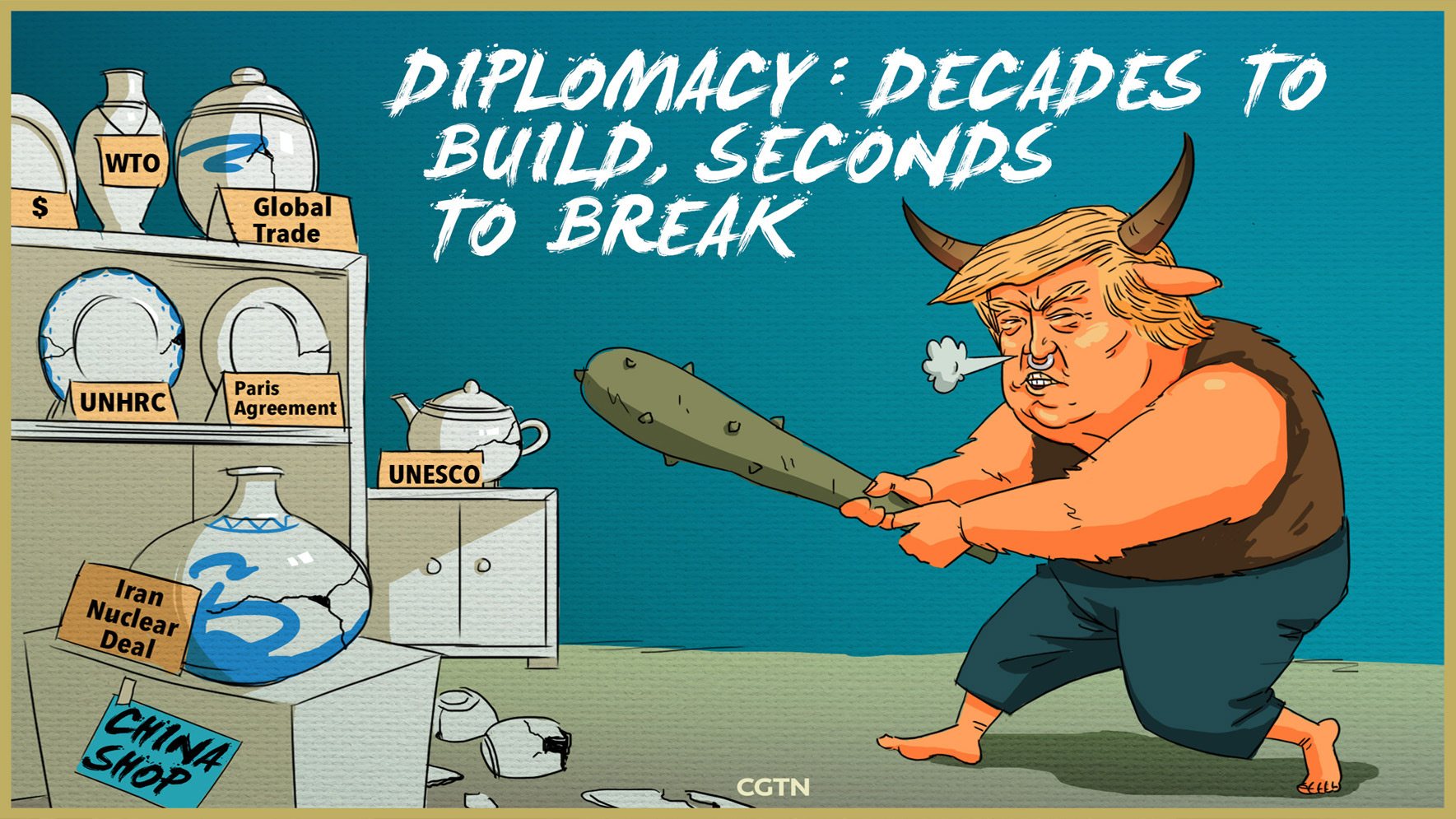 Diplomacy is often slow and rarely makes headlines. It is cordial: friendly but wary, skilled yet unspectacular. But its achievements, the Iran nuclear deal, the Paris climate accord, and the global trading system for example, are shining displays on the shelves that deserve respect and careful maintenance.

And here comes US President Donald Trump, pledging to shake things up and smash the system, like a red-eyed bull, defying all economic and political rationale. It is pure insanity, from a national interest perspective.

His hero, wartime British Prime Minister Winston Churchill, at whose ancestral home he was entertained on July 13, described diplomacy as, “the art of telling people to go to hell in such a way that they ask for directions."

The US president seems to have stopped reading Churchill’s aphorism at “hell.” Snarl, bark, smash, claim he has been wronged, forget about bringing anyone along with him.

Swipe at institutions and arrangements that have served the world well. Fracture agreements with a tantrum and no thought or care about the consequences – for his own country or for others.

Nowhere is this more clear than his trade attacks on allies and competitors, threatening the very wealth he so regularly boasts about at home.

That the world is interconnected, that countries can work together for common benefit seems lost on Trump. Imposing tariffs on allies in Europe and Canada is eroding trust and damaging relationships, attacking China with even steeper measures risks jobs and prosperity across the globe.

US foreign policy has often held an element of bullying – the threat of power implied. But any subtlety has now gone. There is no pretense with Trump. The game is short-term and zero-sum. He has to be the WINNER, and to him that means others HAVE TO LOSE.

International relations aren’t a business deal. Multilateral agreements take years to build, seconds to undermine. The Iran and Paris deals live on despite Trump’s attempts to scupper them, but the US withdrawals have diminished Washington.

When trust is lost, when persuasion becomes forceful and uncompromising, when a partner becomes unreliable, the risks – particularly to the global economy – are substantial.