Diplomacy matters in times of uncertainty 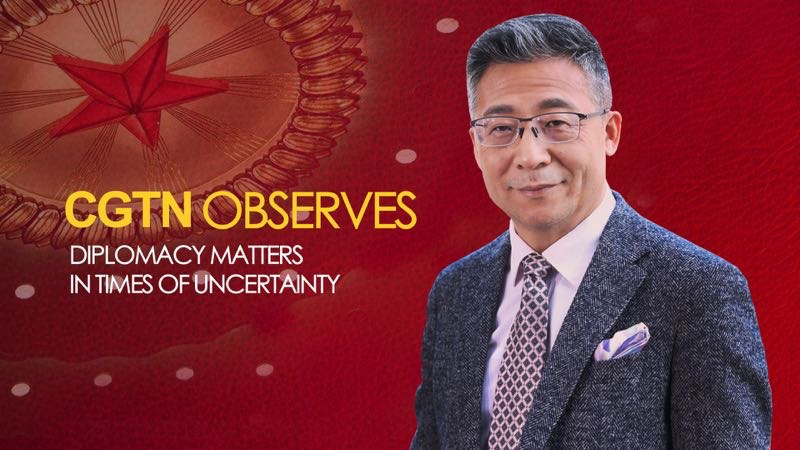 From day one of China's opening up 40 years ago, diplomacy was designed to help ensure domestic reconstruction on the ruins of the Cold War and the Cultural Revolution by seeking external security.

Deng Xiaoping wisely facilitated normalization of ties with the United States. He only visited three countries after emerging stronger from the decade of upheavals: the U.S., Singapore and Japan. He said those who build good relations with the U.S. have become rich.

His fact-finding tour of the two neighboring countries in Asia, Japan and Singapore, had inspired him to reconcile with watchful neighbors and laid the groundwork for early industrialization, drawing strength from where overseas Chinese people could engineer economic prosperity. War history and memories including Japanese wartime atrocities, and the negative impact of leftist ideology during the Cold War, were both minimized due to his proactive and good neighborly charm campaign.

Forty years on, we must carry on the legacy of Deng's strategic wisdom. We cannot live in the shadow of the Cold War. President Xi deserves credit for seeking a thaw in ties with Japan, bypassing the thorny issue of the Diaoyu Islands. Singapore, small in size, has set an example for the rule of law.

Now, during our deep integration with the rule-based world, the wake-up call of ZTE and Huawei provides an early warning about the geopolitical rivalry and our ability to live with legal risks, for bad or good. Entrepreneurship has proven to be the most convincing business card of the China story.

Diplomacy helps navigate our own course of independent development but must assist Chinese outbound capital in building the Belt and Road. President Xi says over and over that China stands ready to improve and defend the current world order.

State Councilor and Foreign Minister Wang Yi will host an annual press conference during the ongoing "Lianghui," which is known as the "Two Sessions". He will talk about how his job matters when disputes flare up in trade and battles for digital leadership with the sole superpower.

Forty years on, China has the humility and ability to learn in a community of shared future. No one stands taller than those who stand corrected. Power politics and changes in power equations depend on not just 5G, the G7 or G20, but the G2. The United States and China should and must work together in partnership to minimize the zero-sum game.

Deng Xiaoping had played an exemplary role. We are confident de-globalization or unilateralism will get nowhere. Europeans and East Asia understand this. Friends and partners in all developing countries are coming to terms with the repercussions as such. All history is contemporary and rings the bell constantly.