OPINIONS Disinformation poisons the US before election

Disinformation poisons the US before election 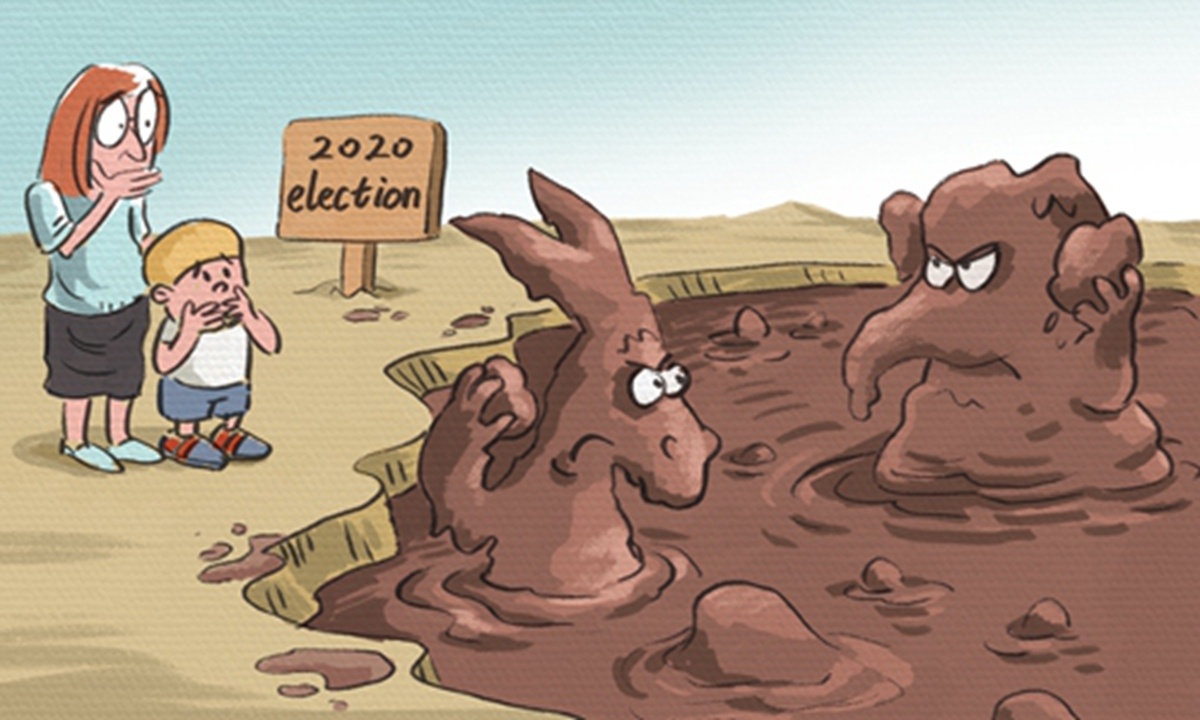 The presidential election is eroding the US' overall objectivity as Republicans and Democrats divide the country into two camps. One camp's main message has only one purpose: to help President Trump's re-election, while the other camp also has only one purpose: to bring down the Trump administration. Whether describing the epidemic or summarizing the economic situation, both camps are trying to influence the vote. Regardless of the truth, it is more important to get the results first.

Therefore people need to be more careful about what Fed Vice Chairman Richard Clarida said that US economic data for the third quarter had been "surprisingly strong" and could return to the levels of activity at the business cycle peak before the outbreak of the pandemic after a year, and the herd immunity strategy devised by the White House and several experts.

However, such economic recovery is like constructing a building on top of sand. The US has just gone through the worst economic recession ever recorded, and the root cause is the novel coronavirus epidemic. The US has not yet found an effective way to control the virus. It has only become more psychologically used to the epidemic, and such thinking is also shaky. The prospect of the pandemic is uncertain. It is highly probable that a new peak of COVID-19 infections will arrive this winter. Will the epidemic get even worse next year? No one knows. Against this backdrop, what has made the Trump administration predict its economy will fully recover from coronavirus in one year?

The Trump administration wants to achieve herd immunity. The proposal is sensational. It is equivalent to forcing the whole world to pursue herd immunity. How bloody will the process be? In the US alone, millions of people could die of it. Only societies which are kidnapped by false information and turn mad would welcome such a plan.

Disinformation coming from the US is also impacting the world. Many countries are struggling with the epidemic, but most of them are trying to find ways to solve the problem. The US is the only country that blamed China for its failure to contain the epidemic, seriously promoting the nonsense that "China has harmed the world." Though this quibble violates common sense and does not constitute a serious issue in the international mainstream, the nonsense has disturbed the order and atmosphere of international public opinion, and suppressed people's understanding of the truth.

The IMF on Tuesday projected that China's GDP will grow by 1.9 percent in 2020. China will be the only major economy to achieve positive growth this year. China's growth has reduced the COVID-19's damage to the global economy, and IMF Chief Economist Gita Gopinath said China was pulling up the global numbers. Obviously, the US has also benefited from China's COVID-19 fight and economic rebound.

Democracy is supposed to be a good thing, but twisted by the Trump administration, it has become a collection of ugly performances and the biggest source of uncertainty. Presidential election is the primary stage for US democracy. But before the election, truth, honesty and responsibility toward people's well-being and world peace do not exist in the US. The US presidential election has increased, rather than reduced, the world's sense of insecurity.

Does it make sense to forecast economic growth now without considering the epidemic? If the US cannot rein in the epidemic, there will be no sustainable economic recovery. If there is, the recovery would only be temporary. China, which has firmly put epidemic under control, is still making huge efforts to prevent a possible coronavirus rebound. Trump administration policies, which have allowed so many people to be infected and die, are immoral. The US economy cannot grow in such a bloody way in the era of globalization.

Due to different situations among countries, each country has its difficulties in fighting the virus. China has its own problems. But if the US keeps on lying, the country, and probably the whole world, will all have to pay the price for it.